Square Enix is one of the biggest video game companies in the world. The company is responsible for titles such as Final Fantasy and Nier: Automata. In October 2021 and February 2022, Square Enix released Voice of Cards The Island Dragon Roars and The Forsaken Maiden respectively. Square Enix has announced a third iteration in the series, Voice of Cards: The Beasts of Burden. This game is set to release on PC via Steam, Nintendo Switch and PlayStation 4 on September 13th, 2022. 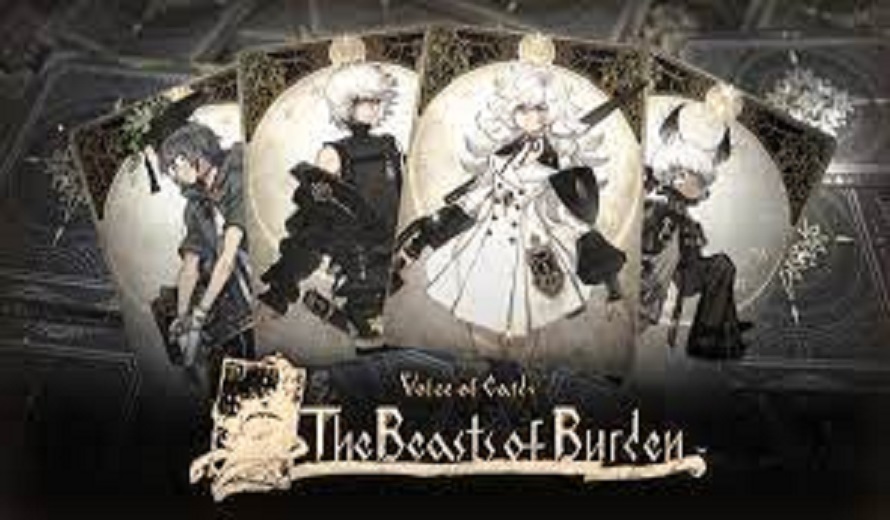 Players can enjoy the title as a standalone experience and the game is told through the medium of cards. In the game, players will hop into a new world where a millennia of hatred rages between monsters and humans and a girl is seeking revenge on the monsters. Furthermore, the girl joins a young boy as they set out on a journey to explore and unravel the mysteries of the world.

Interested fans can purchase the game’s Digital Deluxe Edition Set which includes the base game along with various downloadable content items based on the Nier Automata franchise. Players will have access to items such as the Handbook Pattern, Story Collector’s Dice, Pixel Art Set and much more.

Square Enix has worked alongside experienced storytellers such as Yoko Taro, Kimihiko Fujisaka and Keichi Okabe, who worked on titles such as Nier Automata and the Drakengard series.

What are your thoughts on Square Enix? Do you enjoy their games? Have you tried any games from the Voice of Cards series? What did you think about the two previous titles? Are you interested in the release of Voice of Cards: Beasts of Burden? What part of the game are you most excited for? Let us know in the comments below or on Twitter and Facebook.