Nier Automata was one of the most underappreciated games of 2017. Blinded by the relative simplicity of the combat (for a Platinum game), or the (intentionally) sparse world, or how bizarre creator Yoko Taro is, a lot of people passed it by. That’s a mistake – Nier Automata is a visual, auditory, and narrative marvel.

It’s philosophical, creative, and ambitious as hell. Is it perfect? Not at all.

One of the great joys of Nier Automata is its story. On the surface – don’t worry, I won’t spoil anything here – it’s the story of humanity’s battle against a heartless race of machines. That story is told from the perspective of humanity’s weapons – a race of androids (nope, definitely not machines). That might not sound mind-blowing, but there’s SO much more going on. The undercurrents of the tale are deeply philosophical. Of the 26 endings, you’ll need to complete at least A through E to grasp the full scope, and even then you’ll be left pondering the whole works for months. Take it from me – I played Nier Automata almost a year ago and it still bubbles up in my thoughts.

Emotion. Perspective. What it means to be alive. All these things play an enormous role over the course of Nier Automata. That’s about as far as I’m willing to take this part of the discussion, as you’ll be upset if you don’t see how things play out for yourself. For better or worse, you’ll need to dedicate dozens of hours to your multiple (but each unique) playthroughs.

That means the barrier to getting to the most thought-provoking sections is quite high, but the trappings along the way make the journey far from painful. 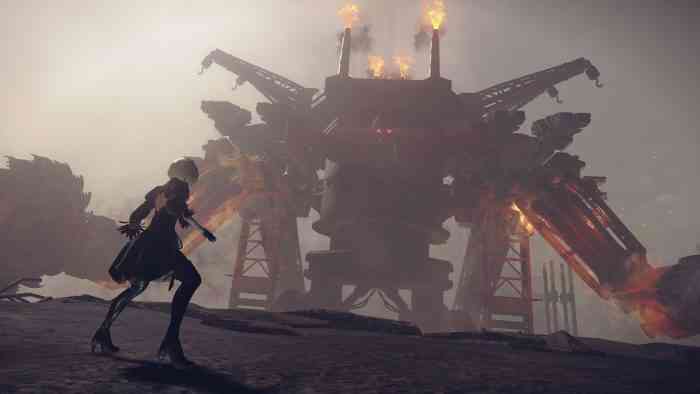 Nier Automata’s writing is hard to pin down. Creator Yoko Taro is well known for his embrace of failure, and that’s certainly made the plot of his games unafraid. The level of symbolism and room for analysis of every line of dialogue is remarkable. Almost everything can be read into, and your progress, likely will be. Twists and surprises are nearly constant, though I suspect most people will see many of them coming if they’re well read in philosophy.

The voice acting is top notch. Kyle McCarley as 9S is particularly strong, bringing an endearing innocence to his lines. Kira Buckland is no slouch as 2B either – I get the sense that as a pair they had a great of fun in the recording process.

Characters in the periphery generally serve as plot devices, which is one of the negative aspects of Nier Automata on the whole. Minute to minute, the bit part characters and quests you’ll undertake serve only as a vehicle for the larger narrative. You’ll do a lot of fetching, and a lot of escorting. Those tasks aren’t creative or satisfying on their own, but the constant WTF you’ll have in your mind is more than motivating.

These Androids Are Mechanically Fantastic

The mechanics of the game drive the player forward as well, if somewhat less strongly. Controlling 2B feels fantastic. The movement is sharp, and you’ll rarely feel like something went badly because of the controls. What’s insanely satisfying is in Nier Automata is the locomotion. When 2B really gets up to speed her legs are almost a blur, and the camera dips down to a dramatic low angle. You’ll definitely think “f*** yeah, 2B is a total badass!” Combat is basic hack and slash, and much less complicated than other Platinum titles. There’s a light and heavy attack alongside a ranged weapon, and I honestly found most of the combat encounters ho hum. The number of weapons you can acquire is massive but forget about combos for the most part. Once I found effective tactics, it was easy to stick with them long term.

The Become as Gods bundle includes the 3C3C1D119440927 DLC (yes, really) as well, which is most notable for its coliseum battles but is ultimately more hacking and slashing. 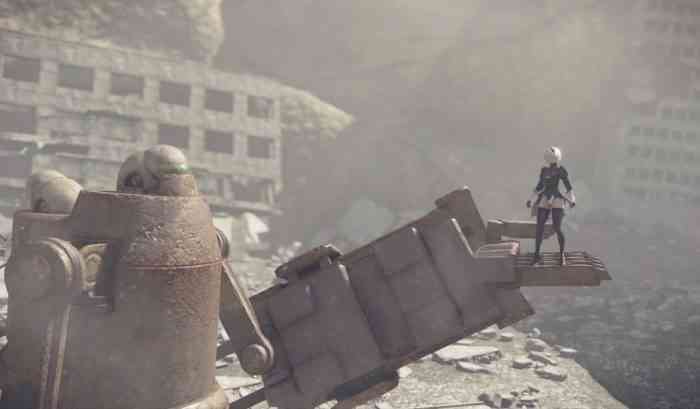 One of the most interesting concepts for me is the plugin system. Androids have a certain amount of memory to work with. As you find upgrades along the way, they can be slotted into memory. Each chip takes up a certain amount of space, and the interface makes you physically move the chips around to make thing fit. The nerd in me was pleased. What’s more interesting is that fitting that movement speed enhancement in might require you to unplug some piece of the HUD for a while. It’s a fascinating way to connect the player to the character.

Besides that, the plugins let you really customize loadouts. I liked to have a fast movement preset, a preset for ranged combat, and one for maximum physical defence. What this feeds into is the concept of death, or rather, the lack thereof in Nier Automata.

If you die, your memories (your last manual save) are uploaded to bunker (cloud). Then, a brand new android with those memories pops out of a transporter. Want that plugin setup back? You’ll have to scrounge it off your previous corpse, Dark Souls style. 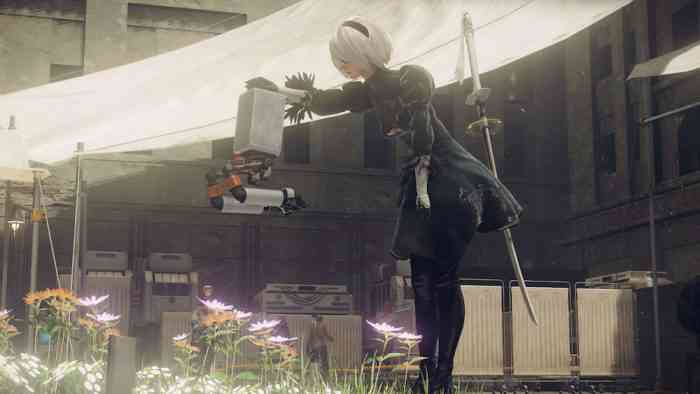 Visually, Automata is drab and barren. That’s not to say it looks bad – there are several exceptionally gorgeous and cinematic moments, and the art as a whole is outstanding. It’s drab and barren to give a sense of place. The year 11945 to be exact. There’s a great deal of care put into the construction of the world, The music though, is among the moving soundtracks in gaming history.

Keiichi Okabe constructed a true auditory masterpiece with Nier Automata. It’s a sweeping and orchestral with beautifully sung lyrical sections, all of which seamlessly transitions to 8-bit beeps and boops anytime action is occurring inside a computer. It’s bloody brilliant. 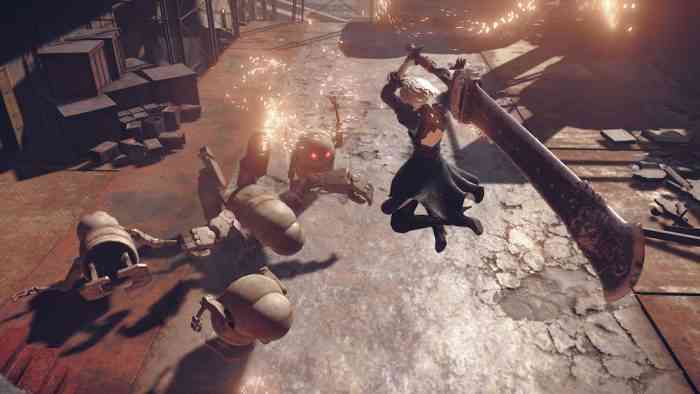 All these words and I haven’t really mentioned the fact this is the Become as Gods bundle release. It is, and it’s probably the definitive version thanks to the DLC inclusion. The PC release had/has some issues, but especially on Xbox One X this version is the one to have. I’m no pixel counter, but the image is mighty sharp (though with some jagged edges on distant objects), and runs consistently at or close to 60 FPS.

If you’ve read this far, you’re probably confused. There are several points above that make Nier Automata sound like a good game with a few design issues. I wish I could explain exactly what makes this game so damn special, but that would absolutely ruin it for you. Rest assured, if you love a great story told with devastating style, you need to play through Nier Automata several times. Don’t worry, it’ll be pretty clear when it’s actually over.

**Xbox One code was provided by the publisher** 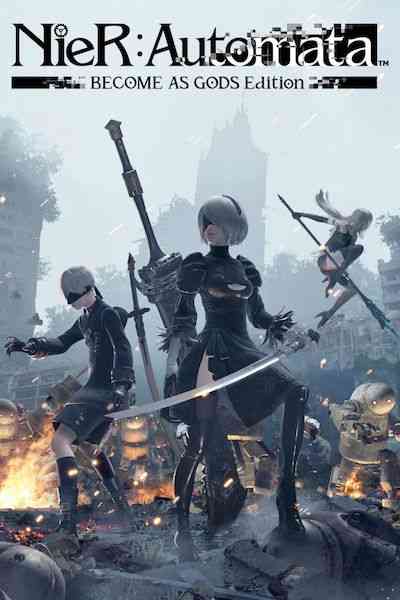 
Bayonetta Origins Takes a Different Approach to the Series on Purpose