Crash Bandicoot N. Sane Trilogy includes the first three Crash Bandicoot games originally developed by legendary developer Naughty Dog. That’s right, the same Naughty Dog that is hard at work at the Last of Us Part II (Yay!). However, for this new version, the reigns were passed over to Vicarious Visions, who are no stranger to Crash Bandicoot or Nintendo’s platforms, as they developed a handful of Game Boy Advance Crash Bandicoot games. The Crash Bandicoot trilogy follows the beloved character through a series of encounters with the nefarious Dr. Neo Cortex, an evil genius with an oversized head and a thirst for world domination. In the first game, you’ll be tasked with rescuing Crash Bandicoot’s girlfriend. In the second game, you’ll work with Dr. Cortex to retrieve special crystals to help save the world. And in the third game, we find out who Dr. Cortex has been working for and must race through time to retrieve those same special crystals that have been displaced throughout history.

The Crash Bandicoot trilogy is a series of platformer style games. The beauty of these games is the variety with which they present each level. While each level requires Crash to move in one specific, linear direction – the actual direction varies from level to level. For example, some levels situate the camera behind Crash, while others have Crash running towards the camera. Then there are my personal favorite levels, the classic side-scroller style levels. In addition to these platformer style levels, you’ll also come across riding levels, where Crash will hop onto a mode of transportation, such as a motorcycle, and ride from start to finish. During the platformer style levels, Crash has essentially two moves; spin attack and jump. In the second and third games, you’ll gain access to a few additional moves, such as crouching – but the majority of the time you’ll be spinning and jumping your way through each level. However, don’t let the playful look of the Crash Bandicoot games deceive you, these games are tough as nails! Sure, you’ll rack up the 1ups and there is a special tiki mask that helps protect Crash, but sometimes you’ll come across obstacles that are just brutal and take many, many tries to overcome. Even more challenging are the boss fights, which require near-perfect runs – because one hit and Crash is dead! 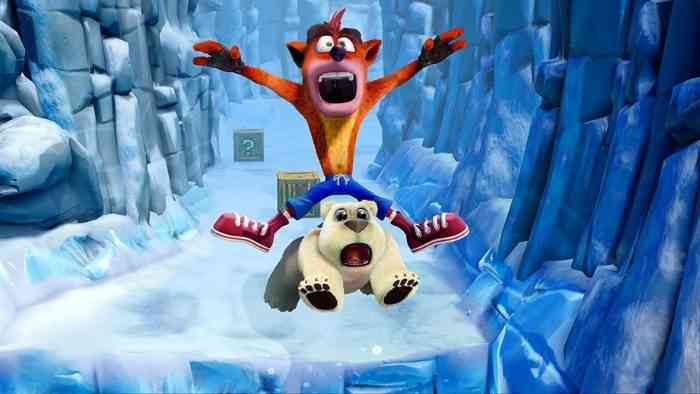 Visually, the game is still as colorful and vibrant as ever. But for those that enjoyed the originals, the leap in visuals is pretty significant – and for that reason alone, fans will be very happy. The attention to detail in these Crash games helps make it stand out from other platformers – especially ones from the PlayStation era. Crash himself will sometimes break the fourth wall and give you a couple quick eyebrow raises as if to say “check this out” before doing something wild like ride a cute polar bear. Oddly enough, Crash is the only character who can’t speak in these games, aside from the occasional grunt. All the other characters, including his sister, Coco, can speak. It’s almost a shame Crash wasn’t as vocal as he was in his original commercials calling out Mario – that would have been spectacular. Unfortunately, the game’s music is just awful and not up to the same standard as other iconic soundtracks from that era, such as Banjo Kazooie and Super Mario 64.

While the developers could have just added a fresh coat of paint to the Crash Bandicoot trilogy and still rack in bags of cash – they decided to give fans a bit more. First of all, all three Crash Bandicoot games are accessible from the main menu right from the start – no worries about unlocking anything. It’s a nice touch for fans who want to jump into a specific game or if you get stuck and want to try another game. Each Crash Bandicoot game features an autosave and three separate save slots, helpful if you have more than one person sharing a profile on your Switch. Another cool addition is the inclusion of Coco, Crash’s sister, who is available to play as in all three games (originally, she was only playable in the third game). Coco doesn’t offer any added benefits, she’s just there for a bit of variety – and during certain levels and boss fights, her big brother Crash always takes over. Of course, being on the Nintendo Switch, you also get the added benefit of portability. I played a few levels in portable mode and it works and looks just great. Finally, the most exciting addition is the inclusion of two brand new levels. These levels are brutally tough, but perfect for Crash fans looking for a tasty new treat to snack on!

Crash Bandicoot N. Sane Trilogy is jam-packed with three iconic games and will undoubtedly appeal to gamers who played the original games when they were first released. The love and attention put here is exactly the kind of thing I’d hope companies like Nintendo would do with their N64 era platformers like Super Mario 64. Of course, these Crash Bandicoot games are hardly a walk in the park – they can be incredibly difficult, so it’s hard to recommend this collection to younger gamers or gamers looking for a more casual, relaxed platformer. I almost wish the devs would have taken an extra step by adding options like “infinite lives” or increased checkpoints – just to make it a bit more accessible to a larger audience. However, with that said, practice and patience will definitely pay off and the most persistent gamers will be successful. Now with Crash making his debut on the Nintendo Switch, it begs the questions, will Crash Bandicoot make an appearance in Super Smash Bros. Ultimate? Because that’s definitely one party I’d love to see him crash. 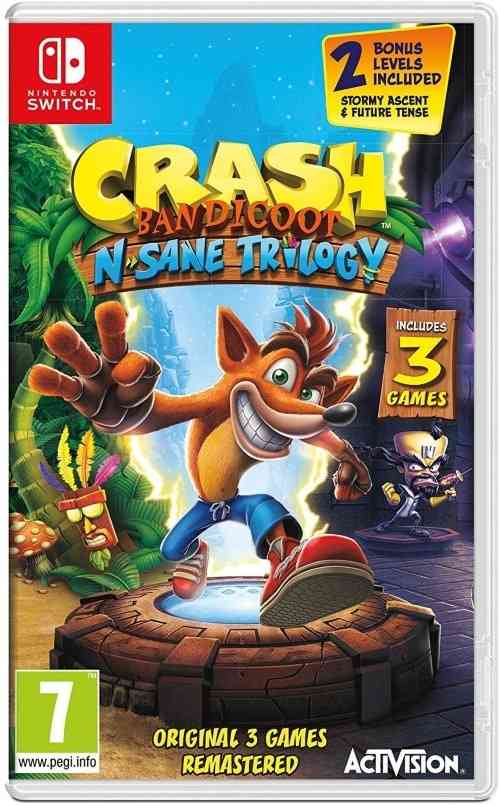 To Leave Prepares To Venture to Release September 9th