The Sims 4: Seasons Review – A Predictable Yet Enjoyable Pack

There are two ways to play The Sims. There are those who prefer build mode, and those who prefer live mode. The expansions for the fourth iteration of the venerable dollhouse series have focused much on the living aspect of the game. You want to increase your dress-up options? Grab a stuff pack. The Sims 4: Seasons adds on a decent amount of new systems to plug into your suburban drama simulator.

I’m definitely more of a builder. My ideal session with the Sims is less about watching meters fill and empty, and more about turning on the cheats and building a bomb-ass mansion. As such, I had to force myself to play a little bit more than usual, and what I found was pretty neat.

Obviously, an expansion pack focusing on Seasons adds the four seasons. It also adds weather. Sims can play in the rain, make leaf piles, go out in the snow. That’s all pretty similar to Sims expansion packs of the past, and its fairly well executed, but its continued the Sims tradition of one step forward two steps back.

For builders like me, there’s a fun new wrinkle, and that’s weather-contingent outfits. Now when you make a new Sim, in addition to swimwear and tracksuits, you need to design what they wear on really hot days and really cold days. There’s a smattering of new clothing options to reflect this. I’m all about that life and had a great time figuring out if my Sims would rock a suave pea coat, an expensive ski jacket, or a tattered sweater set. I do wish there were more options, but I guess that’s what the stuff pack is there for. There’s still the problem of hats and gloves—the gloves all look skintight, and the hats sit like goofy helmets on your Sims’ noggin. Still, the concept is more than sound, and combined with some more clothing options could be lots of fun. 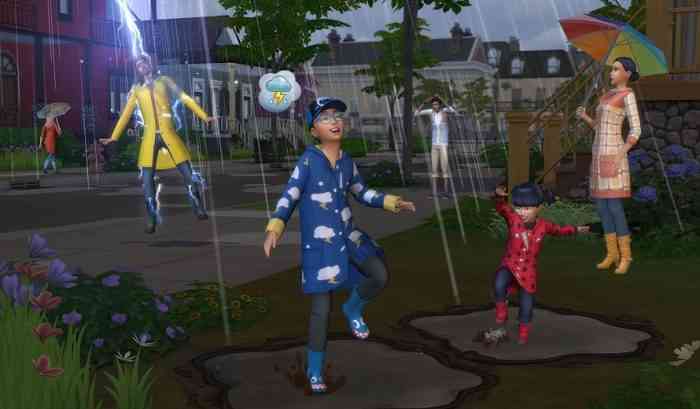 More intriguing than all of that though, are the holidays. There’s a yearly calendar, which helps mark the passage of time, and each season brings with it a number of holidays. A holiday has a few traditions and a décor style. The holiday décor is sort of boring— it’s mostly Christmas lights randomly appearing on fences and the like. However, the holiday traditions are the interesting part. Based on their personality and interests, a Sim may want to give or receive a gift for the winter holiday or want to ask someone out on a date on Love Day. If they fail to do this, they get a negative moodlet. If they succeed, they are even more motivated, and it really helps drive the illusion that your Sims are people with willpower.

Even cooler than that though, is the fact you can scrap all the holidays… and add your own. You can build a holiday from scratch, picking the day, the traditions, the décor style, and the name. Some of the combinations can get wild. You can make an evil holiday devoted to pranks and fights. Or how about a nice day where everyone goes outside with their families? I built a holiday that was essentially dedicated to everyone trying to chase down and bang Santa… which led to some interesting offspring. 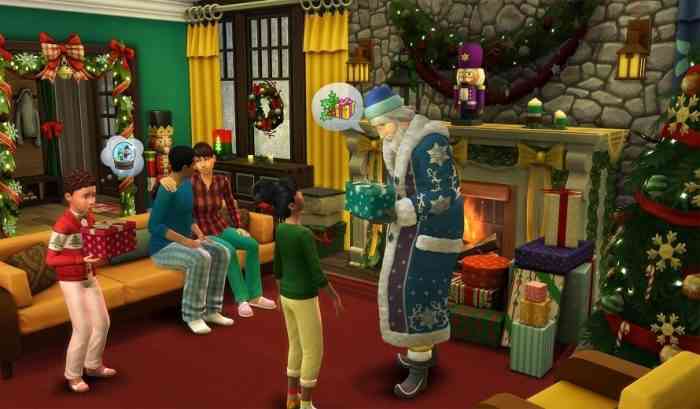 As with most modern Sims expansions though, I couldn’t help but wish there was just a little more. The game knows when kids are the children of Father Christmas, but it doesn’t do anything besides give them a gene for white hair. I love that the Sims are driven by their personality to like or dislike particular holiday traditions, but sometimes an encroaching event feels more like busywork. I almost wish these packs were marketed as DLC rather than Expansion Packs. Seasons adds in one or two fun systems, and I can’t wait to see how they interact with future content, but it doesn’t have the game-changing impact you’d hope an expansion pack would bring.

That all in mind, the changing of the seasons do bring fun changes for your Sims. Custom holidays are an inspired game mechanic and make your little community feel even more unique. One can hope that future expansions are so creative, and continue to allow players to create their own world to fill with their own little slices of suburbia.