Not a single word is uttered throughout the relatively short runtime of Playdead’s INSIDE, yet so much is conveyed. INSIDE is the stark, haunting, and beautiful follow-up to the acclaimed Limbo, and continues Playdead’s theme of evocative puzzle-platformers while attempting to push the envelope even further. Though it originally released in 2016, its port to the Nintendo Switch feels welcome and natural. In addition to looking fantastic and running without a hitch, INSIDE’s philosophical and emotional impact is still hugely relevant two years on. For those looking to re-experience its unforgettable journey or those who are diving in for the first time, the Switch version is a respectable port that allows you take INSIDE with you wherever you go, even if a lack of new content is a bit disappointing.

There is little to no context provided for the events that take place in INSIDE. We do not know how or why the red-shirted boy began his venture into the mysterious facility or much about what the purpose of that facility even is, but none of that really matters in the end. INSIDE strictly follows the “show don’t tell” philosophy of storytelling, and it works brilliantly. The visual storytelling of INSIDE is vivid and effectively establishes its terrifying world. Everything from the muted color pallet to the highly detailed backdrops and animations creates a memorable and believable atmosphere. I can’t say much about what actually transpires in the game without potentially spoiling it, and believe me, you do not want INSIDE spoiled for you if you have any interest in playing it. That being said, the pace of the game is excellent, and with each new area I stumbled into, I felt like I was learning more about the world, its strange inhabitants, and what their goals could be. INSIDE’s story is not a concrete one, but rather a jumping off point. It likely has a unique meaning for every person who plays it, and I believe that was Playdead’s intention.

Though INSIDE has some elements of platforming, at its core it is a puzzle game. But even that isn’t quite enough to accurately describe what exactly makes up INSIDE’s, well, insides. Unlike many other games that attempt to fuse puzzles with platforming or other types of gameplay, the puzzles don’t feel like forced segments that pull the pacing to a halt. Instead, puzzles emerge naturally; sometimes I would enter a new area and not realize I was in the middle of a puzzle until I was already halfway finished with it. In this way, INSIDE is one of the most clever puzzle games I’ve ever played. Since the only button inputs are for running and interacting, nothing feels overly complex. Occasionally, INSIDE can be unclear about what you can or cannot interact with, mostly due to the fact that there are no onscreen instructions or hints throughout the entire game. However, through use of subtle lighting and color effects and with enough concentration, I was able to determine what I needed to get done in order to move on.

I was also pleasantly surprised by the amount of variety INSIDE had to offer. Just when I thought I had seen all the tricks it had up its sleeves, INSIDE thrusts me into a new segment that required an entirely different method of thinking. I should also mention, without spoiling any details, that INSIDE’s final section had my jaw on the floor for a good ten minutes straight. 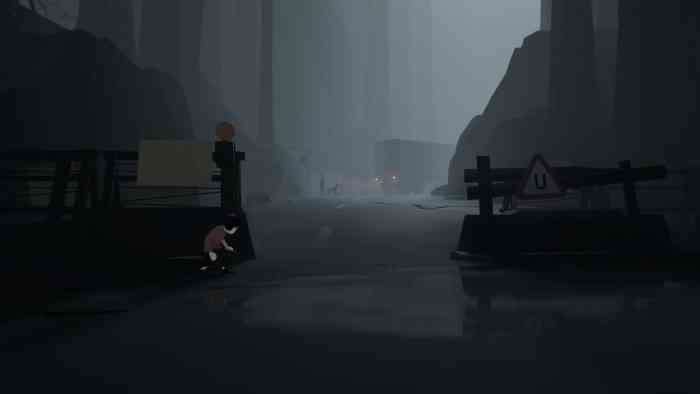 Unfortunately, for those who already own the game on another console and were hoping for something new to entice them back in on the Switch, they will be out of luck. I half expected there to be some additional options for touchscreen or motion controls considering it is on Switch, but no such input modifications were available. INSIDE is a singular experience, one even without a main menu, and that hasn’t changed with its move to the Switch. That being said, it still looks and performs great. As with most Switch ports, it might be ever so slightly fuzzier than on more powerful consoles, but nothing has been lost. I firmly believe it’s up there along with some of Nintendo’s first-party offerings as one of the most breathtaking visual experiences available on the platform.

INSIDE may not feel all that new on Switch if you played it since its original release, but that doesn’t mean it shouldn’t deserve a place on Nintendo’s ever-growing list of wonderful ports. If you happen to own a Switch and have never played INSIDE before, I highly recommend picking it up and seeing what all the fuss is about. If you already have the game on another platform, however, you will have to decide for yourself if the ability to play on the go is worth purchasing the game all over again. Nevertheless, INSIDE is still a deeply thought-provoking experience with a mystery that begs to be explored and is faithfully ported to the Switch.


This Enigmatic Game is Nearly Free on the Nintendo Switch eShop

White Shadows Review – A Twisted Tale That Needed to Be Told

A Shady Part of Me Video Review – Peeking From the Shadows
Next The Sims 4: Seasons Review – A Predictable Yet Enjoyable Pack
Previous Prey: Mooncrash Review – One Small Step…