Inside Review – A Journey You Cannot Stop Thinking About

Inside is the latest side-scroller from developer Playdead, the makers of Limbo. The lineage is clear; Inside shares a very similar gameplay formula to Limbo, which makes perfect sense since Limbo was so highly regarded when it was released in 2010. In fact, if you enjoyed Limbo, there’s no doubt that you’ll enjoy Inside as well. While not a perfect game, Inside is definitely a refreshing change of pace and one of the better games I’ve played this year.

As Inside begins you immediately assume control of an unnamed boy as he journeys across a vast distance avoiding various dangers including rabid dogs and masked soldiers. The story isn’t conveyed in the traditional sense, you’re not told what’s happening. Instead, you see the world around you and what’s happening to its people, and ultimately it’s left to your own interpretation. It’s a refreshing take on storytelling because in this case the story truly isn’t the point, the journey is. And there’s no denying, this journey is dark. You’ll see a society that has collapsed into a struggle between those in power, and those without – and the power side is clearly winning, turning the less fortunate into gruesome science experiments.

“It’s a refreshing take on storytelling because in this case the story truly isn’t the point, the journey is.”

Inside is incredibly simplistic, but that’s not meant to be a slight against it. Essentially, you can move around, jump and manipulate various objects in the environment such as levers and doors – and that’s it. In each area, you’ll utilize these skills to solve problems which allow you to continue your journey. However, there are moments where you’ll gain access to additional tools to help you proceed. For example, early in the game, you’ll come across a special helmet device – donning this helmet allows you to manipulate zombie-like humans to perform tasks for you, such as moving large objects. Moments like this remind me of the classic puzzler Lemmings, and the way these humans move and react was definitely humorous, if not a little disturbing. You’ll encounter other tools and devices, but it wouldn’t be fair for me to mention them here. I will say this – the final hour of the game is pretty spectacular, and you’ll experience an odd form of teamwork that you’ll never see coming!

During the game, you’ll encounter a number of characters who’s sole intent is to kill you. Let me make this clear, the kills are absolutely brutal (amplified a bit by the fact that you’re playing as a young boy). These characters pursue you with Terminator-like prowess, and if I’m being honest, it actually get’s the heart racing. In addition to these enemies, you’ll also have to solve various puzzles. Timing is everything, and you must handle each situation exactly as the developers intended, otherwise it’s often instant death. It’s unfortunate that there is such a heavy reliance on trial and error throughout this game – but the punishment for death is just starting in the same area, so it’s hard to be too frustrated. 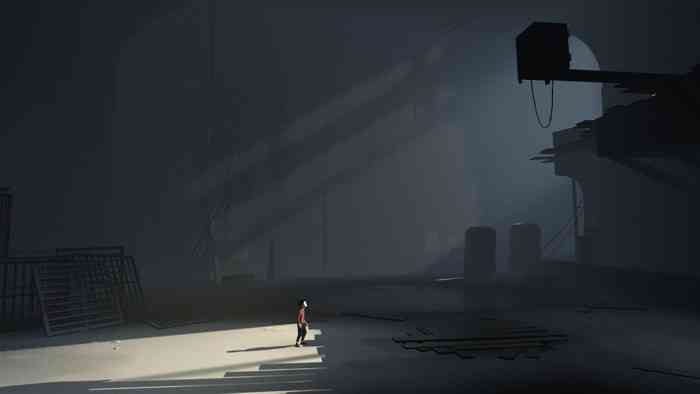 The games aesthetic is dark and gloomy and reminded me more of Tequila Works “Deadlight” than it did Limbo. The faceless main character is clearly visible against the darkened background. As noted before, the kills are brutal, complete with blood and gore (and in some cases, detached limbs!). The environments are nicely varied throughout the game and each one tells another piece of the story, which becomes clearer as the game moves along. One piece of advice I’d like to share: if you see a yellow cord in the environment, try and follow it along to the source – this is your only means of earning Achievements.

The games sound is very minimalistic but is exactly what this type of game requires. There isn’t any real music, aside from the occasional flourish of strings when tensions mount. You’ll hear barking dogs as they relentlessly pursue and the sound of marching humans as the masked soldiers usher them along to their terrible fates. 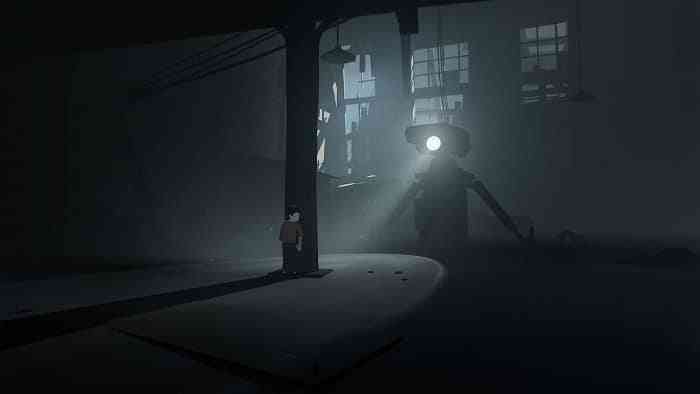 Inside is a great game, there’s no denying that. However, it’s not for everyone. If you’re not into problem solving, this game is not what you’re looking for. Throughout the game, there was only one section that really stumped me – beyond this, I was able to solve most of the problems with minimal issues. You’ll also need to make peace with the fact that you’ll die, a lot (according to the Achievements hub, I died 53 times in my first playthrough!). Another point I should note is the game’s length; it’s a 3 hour game with limited replay value (such as finding the collectibles and earning the Achievements), but I imagine many gamers will enjoy it enough for a second or third playthrough. Ultimately, if you enjoy dark games with a healthy dose of problem-solving and/or you enjoyed Limbo, then you’ll definitely enjoy Inside as well! 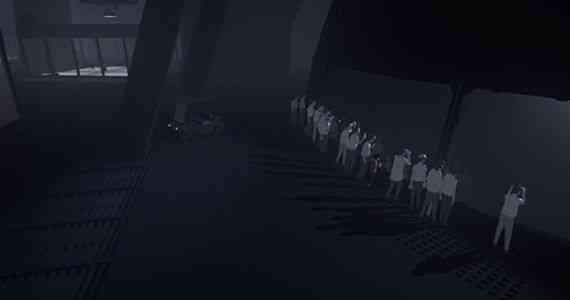 This Enigmatic Game is Nearly Free on the Nintendo Switch eShop