Lost Sea is the latest game from eastasiasoft, publishers of Rainbow Moon and the upcoming Rainbow Skies. Lost Sea is a top-down, procedurally generated action/adventure game teetering on roguelike territory, that follows a small group of survivors as they attempt to escape the Bermuda Triangle. On paper, this sounds like a recipe for success given the popularity and success of other procedurally generated games. However, after experiencing much of the game, there are some glaring weaknesses that keep the title from being great.

The game begins with you selecting one of eight avatars to represent you through your adventure. Unfortunately, aside from cosmetic differences, all the characters play the exact same. You wake up on an island and soon meet an NPC who directs you and provides you with player and ship upgrades. You learn that you are the latest victim of the Bermuda Triangle, and you have to escape by collecting tablets and making your way through a series of procedurally generated islands. Essentially, there is not much of a story as some games of this genre opt to omit, though a different premise within this particular setting may have been a better fit.

“In its current state, Lost Sea remains a frustrating game seemingly unsure of its identity.”

Overall, the gameplay and controls in Lost Sea are fluid, responsive, and fair. The variety of enemies and dangers to the player varied enough to require some thinking and the battles can get hectic. The enemies’ AI did not factor much into the gameplay, as they attack continuously according to their patterns, requiring some strategy to overcome at times. Despite the suitable AI of the enemies, your companions’ AI is lacking. The companions do not participate in combat besides cowering before enemies waiting to be attacked. Their main functions are for buffs and being mules for tablets; conversely, they also get stuck on corners and edges as a result of trying to follow you in a straight path.

The combat in Lost Sea is fluid, and the game, in general, plays well. Power-ups, like enemies, are also varied, though a lack of written descriptions for them led to guessing what items did what. The game seems perfect to play in smaller bursts, continually upgrading your character and ship, travelling from island to island collecting treasures; however, a lack of an adequate save system holds this potentially great experience back. 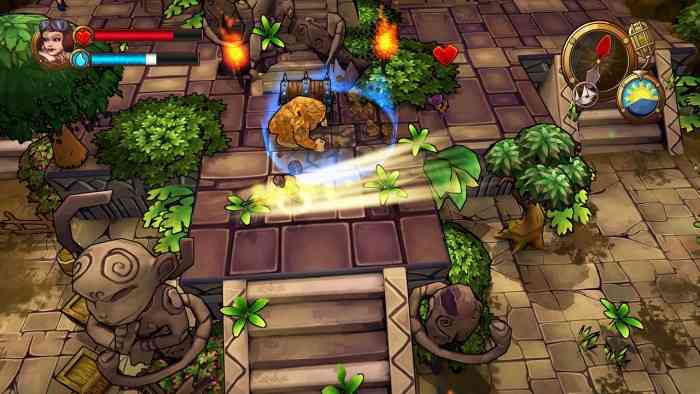 Imagine spending a couple hours plowing through islands and upgrading your character, amassing a perfect crew of companions, taking a break to play another game, coming back to Lost Sea, and realizing that none of your progress is awaiting your return. The only “load” option in Lost Sea is to warp to a particular series of islands, but you will not have any upgrades or crew members waiting for you there. For a procedurally generated game such as this, the lack of a save feature is frustrating.

As the game features permanent death for both the player and NPC companions, it is clear that the developers were aiming to be a roguelike game with plenty of replayability. However, features such as perma-death and the inability to save progress do not work well in this game. Essentially, Lost Sea was not built to be a game that players should attempt to run through in one sitting, but one that a player should be able to save and continue at a later time. The game can possibly be beaten in under two hours, but can provide up to eight hours of total gameplay.

“Lost Sea is a game that plays well, but rather than attempting to be a roguelike game, it should have focused on a strictly action/adventure style.”

Aside from the occasional shadows disappearing, Lost Sea is technically solid when it comes to its graphics. The graphics work well for the genre and this game. While it will not win any “Best Graphics” awards, the graphics remain fluid and crisp without any noticeable frame rate drops. With regards to the character and level design, they are not particularly great, but not bad either. The only visual problems with this game are the lack of a HUD map, forcing players to continuously use the touchpad in order to view a map that is itself, not that great.

Lost Sea had the potential to be a solid indie title for fans of procedurally generated actions/adventure games. In its current state, Lost Sea remains a frustrating game seemingly unsure of its identity. It is clear that the title has taken some inspiration from a few different games, culminating in a game that touches on many features, but is unable to wholly execute them well. All in all, Lost Sea is a game that plays well, but rather than attempting to be a roguelike game, it should have focused on a strictly action/adventure style. 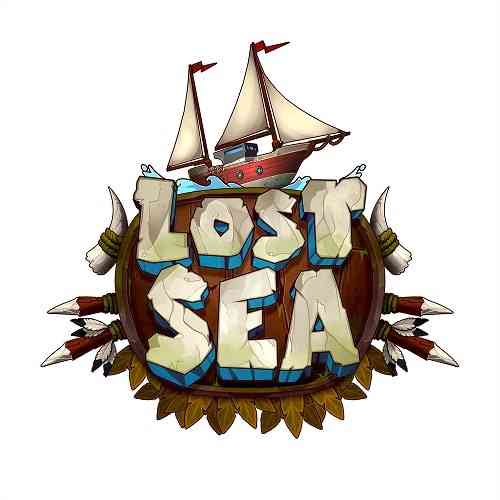 Hades, Award Winning Roguelike, Currently 50% On Steam
Next Inside Review – A Journey You Cannot Stop Thinking About
Previous Space Run Galaxy Review – Refreshing But The Dialogue is Cringy