Space Run Galaxy Review – Refreshing But The Dialogue is Cringy

In 1978, Space Invaders showed us the chaotic fun of simple shapes defending the world from an alien invasion. In 1979, Asteroids gave us a simple triangle and let our imagination create an intergalactic adventure of blasting nearby space rocks. It has been thirty-seven years and in the realm of geographic shapes doing their intergalactic part, the threat of large-scale destruction has died down but the joy of space travel is alive in well in Space Run Galaxy.

From developer PASSTECH games, Space Run Galaxy (herein referred to as SRG) introduces you as a nameless space pilot recruited by the self-proclaimed legendary Buck Mann, the protagonist from the previous title in the series (Space Run.) He runs a cargo transportation company and takes you on as his latest pilot, transporting cargo for various companies/private parties from planet to planet. SRG is a slightly different model on the standard Tower Defense-type games with a healthy blend of Asteroids in the mix.

” Why do you want your ship to be bigger? Because it is essential for completing runs.”

Ships are made out of hexagonal sections connected in set patterns. Additional hexagonal pieces can be purchased and added to the ship for additional size. Why do you want your ship to be bigger? Because it is essential for completing runs. Ships have a command station and one thruster to start out. The ship then travels in a straight line from point A to B, accumulating points as time passes. Points are then used to build and upgrade your ship during the run: adding extra thrusters to make the delivery faster (which earns XP bonuses) shield arrays, and a variety of cannons with different effects. It’s tempting when a run starts to load up your ship as fast as possible, but those who wait will have the best chances for survival. Pirate vessels, asteroid clusters and more will start closing in on your position and its essential to make sure you are well defended and ready for a proper offense. Only certain weapons are able to reset their position, meaning if you aim your cannons left and the enemy comes right, you will quickly see parts of your ship getting blown to pieces.

Another reason it is essential to expand your ship size is cargo. The cargo you are hired to deliver physically takes up these hexagonal sections, limiting your cannon/thrust/shields placement. Luckily, other model ships can be purchased for better coverage. Cannons and thrusters (etc) will luckily not be limited to a certain ship or gone once destroyed in combat: if you have four ion cannons and lose two during the run, you will get them back free of charge in the end, so feel confident in stocking up on gear. If a cannon/thruster is destroyed, you have a small window of time to replace it with another object before the hexagonal segment itself is destroyed and falls off your ship (also respawning in the next mission.) 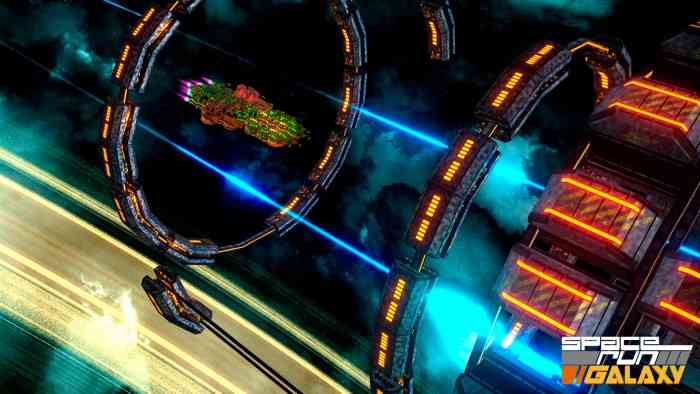 One small addition I thought was a nice touch is the ability to change the color of each hexagonal section before launch. The equipment you build is color coded, so if you like a particular layout its easy to remember by creating a floor plan in color. I did find myself at first wishing I could steer the ship to avoid asteroids or bank to use active turrets against enemies but as you progress in levels you’ll find yourself glad they didn’t add such a feature with all the micromanaging you may find yourself locked into. Cannons can be manually aimed with charge shots, turrets can be realigned to face a new target, thrusters can be sped up or slowed down, it can be overwhelming but the game goes at a decent enough pace that you don’t feel frustrated.

The graphics put into this game are pretty satisfying for what it is: despite the odd appearance of the ships it felt pretty crisp and enjoyable, although where the game started to lose me is its cringe-worthy dialogue. Buck Mann has an android called Adaam and the player has an android named Evve, feeling like a really forced joke. Evve, despite delivering some very human lines and some dad-level jokes still speaks like a monotonous robot and at no point does the player actually communicate with another person, it’s always Evve speaking for you with lines like “of course he will do that.” And you’re left feeling a bit miniscule for a main character.

“The graphics put into this game are pretty satisfying for what it is: despite the odd appearance of the ships it felt pretty crisp and enjoyable, although where the game started to lose me is its cringe-worthy dialogue.”

There are a few nice little restrictions I found keeps the game a little more interesting: not every planet has access to all four services (Missions, Market, Mechanic, and Spaceport) Parts rewarded to you at the end of a mission are used at the mechanic to purchase new cannons and such, but the parts you find are only immediately available at the location you collected them, and not all shops carry the same goods. That means if the next planet over has a cannon you want then on your next run you have to physically make space on your ship to carry your own cargo to the next destination. I found this touch to make the game a lot more interesting as I desperately want to protect my own cargo.

Space Run Galaxy is a refreshing take on the Tower Defense type with a little splash of Asteroids inspiration thrown in. With limited controls but plenty to manage, the only downside is the cringe-worthy dialogue as stereotypical characters banter. I would have liked a little more style in the ship design, but I get it considering the mechanics of the game. 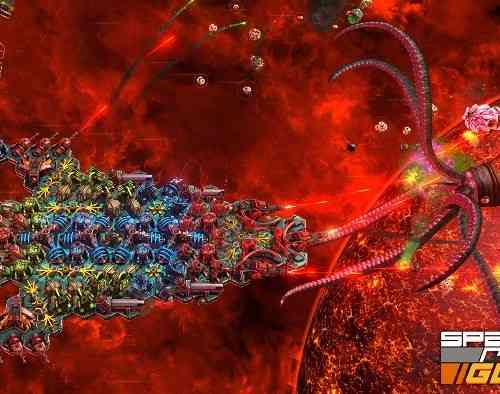 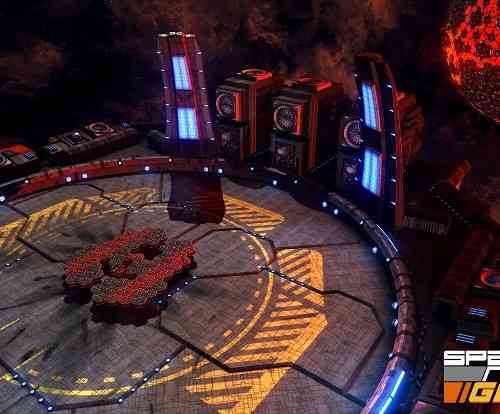 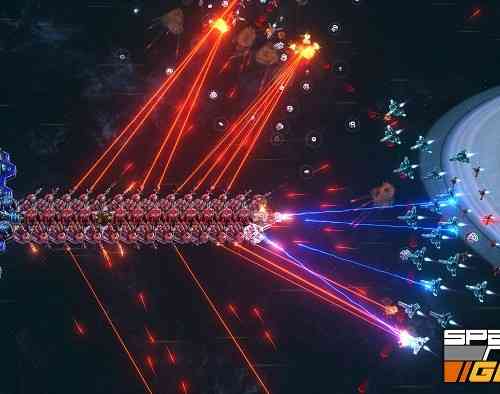 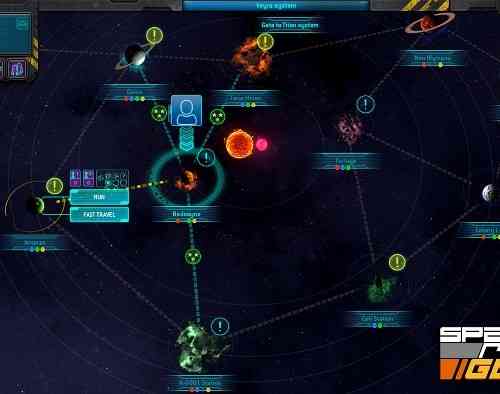 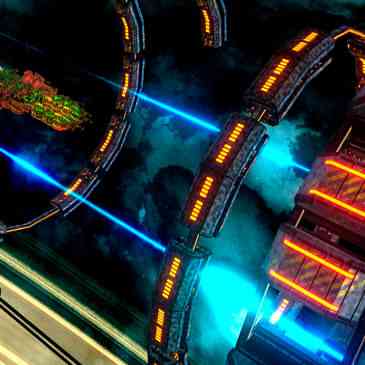