When Prey released back in 2017, it was a far cry from the original Prey but stood on its own feet firmly as a solid single-player first-person shooter. Overall, the game’s smart level design, atmosphere, and fun Typhon abilities made it fun to play despite some clunky mechanics. Enter Prey: Mooncrash. Prey: Mooncrash is a DLC for Prey, giving players a bit more of the same but in an all-new fashion.

Prey: Mooncrash puts players in the role of Peter, a hacker placed on a satellite orbiting the moon. The moon base owned by TranStar has stopped transmitting, and Peter must investigate what happened. To do this, Peter has to enter a simulation where he takes on the roles of five employees on the base in order to find out what happened. To facilitate the gameplay of Mooncrash, this narrative actually fits in quite well, and I was eager to find out what had transpired on the base as I unlocked the different characters.

Players have five different playable characters with various skills, abilities, and statistics. From there, they must navigate through the base and survive against the Typhon. While the map layout stays the same, enemies, hazards, and loot are randomized for each playthrough. In that sense, Prey: Mooncrash is a roguelike as there are no saves as well, if your player character meets his end, so does your run. The only problem with this though, is that the load times can seem quite long.

As for the mechanics, gameplay, graphics, and audio, you can check out our original review of Prey here. For Mooncrash though, the game was a lot of fun, and progressing further into the simulation with the different characters was probably more enjoyable than it was frustrating when you lose. For those who like challenges, the simulation is also on a timer, becoming corrupted and increasing difficulty as time wears on. 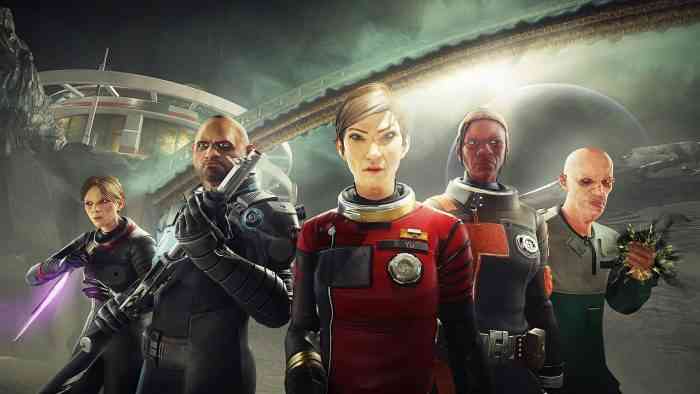 Perhaps the best part about Mooncrash is that the different characters force players to alter their play styles and make decisions on the fly. With each character having different strengths and weaknesses, different encounters call for different strategies, and not being good at everything keeps the gameplay interesting. As for decisions, an example would be whether leaving a weapon for a different character benefit the run more than taking it.

As a DLC, Mooncrash is definitely worth it for the price of admission, especially for those who enjoyed the original game. The roguelike elements, a variety of characters with unique playstyles, and quick run times make Mooncrash easily replayable and fun in short play sessions. While Prey was a solid title, Mooncrash is a quality portion of the game that is comparable to the main game.