The original Crash Bandicoot trilogy has always had a place in my heart. From the now acclaimed developers of Naughty Dog, Crash Bandicoot was PlayStations answer to Nintendo’s Super Mario 64 and Rare’s excellent Banjo-Kazooie series. Boasting a fun, appealing character in Crash, and really fantastic graphics for the time, Sony’s newfound mascot pleased many, including yours truly. 20 years later, is the magic still there? Activision and Vicarious Visions sure hope so with the release of the Crash Bandicoot N. Sane Trilogy. For the most part, they can rest easy. Crash Bandicoot N. Sane Trilogy brings back the classic Crash gameplay fully intact, for better or for worse, and explodes off the screen with slick remastered visuals and sound. 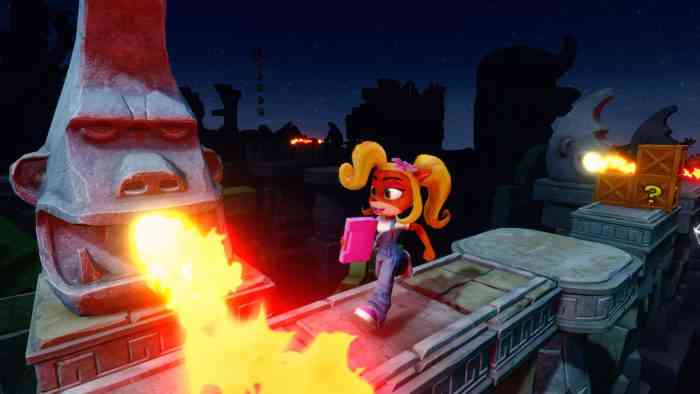 For those young enough to have missed the Crash craze of the mid 90’s, the Crash Bandicoot trilogy is a very linear 3D platforming adventure, wherein you control a slightly mad Bandicoot who’s been experimented on by the nefarious Dr. Cortex and in turn must now thwart the evil doctor’s plans by busting boxes, collecting crystals and pummelling bosses, in a nutshell.

Right from the get-go, you can jump into any one of the three available titles, Crash Bandicoot, Crash 2: Cortex Strikes Back or Crash 3: Warped, and like another epic trilogy, the middle entry is the best. As much as I love the original Crash Bandicoot, I’ve never argued that it had the best platforming and that isn’t changing now. Crash moves a little slow in his debut and the combination of a lack of moves and unforgiving leaps of faith is more of an annoyance today than it was in 1996. Things improve markedly in Cortex Strikes Back, thanks to Crash’s move set being fleshed out with a slide that can be combined with a jump to leap greater distances and an increase in run speed. Crash’s new belly slam and double jump are nice additions too. Warped doesn’t bring much new to the table other than a few vehicle levels and instead refines what’s already there. The camera angles are still a bit of an issue across the entire trilogy, though, and often make it difficult to judge distances, even with the drop shadow, making a few sections more frustrating than they should be.

“I love that in the span of 15 minutes I’ll have run from a triceratops, snorkeled with sharks and jumped on a motorcycle to race a gang across the open road.”

Cortex Strikes Back and Warped’s improvements bleed into the level design and the quality jump in this department is clear as well. Both games bring more ideas to the table when it comes to mixing up the perspectives and mechanics throughout a level and the variety of locations is greater. I love that in the span of 15 minutes I’ll have run from a triceratops, snorkeled with sharks and jumped on a motorcycle to race a gang across the open road – though that road race isn’t much fun in retrospect. Bonus levels are also seamlessly blended into the levels by dropping the need to collect items to open them and the addition of Death Runs and secret paths add replay value after you’ve collected each level’s crystals. For many of you out there, this is old news, and if you’re wondering what’s actually changed in the gameplay department with this remastered trilogy, the answer is not much. 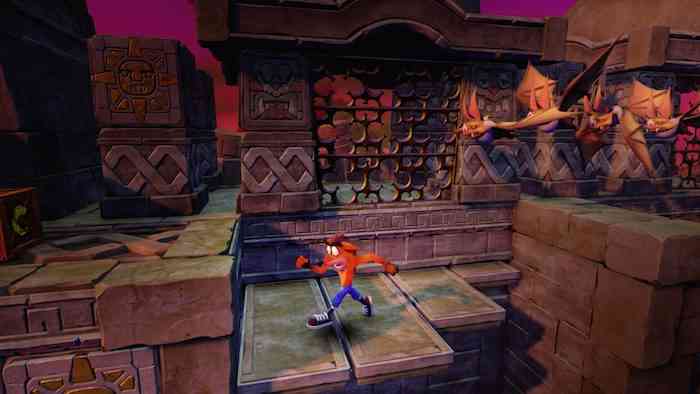 That one spinning log that gave you more trouble than you’d ever admit during your first few runs through Hog Wild? It’s still there, taunting you. The slightly questionable collision detection that led to some cheap deaths and near controller throws? Check and mark. There were numerous occasions throughout my play time that I wondered why a level here and a platform there weren’t tweaked but the purists out there would probably balk at the changes. When it comes to the core mechanics and play of Crash Bandicoot N. Sane Trilogy, it’s a near match to the original release save for slightly better analog controls. The platforming is unforgiving in Crash Bandicoot, finds a nice medium with Cortex Strikes Back and wades into too simple and forgiving territory with Warped.

Where Crash Bandicoot N. Sane Trilogy truly shines is in its glorious new coat of paint. Vicarious Visions really have done a bang up job bringing Crash into the HD spotlight of 2017. I had a bit of a giddy giggle when I first washed onto the beach in stage 1 of Crash Bandicoot and properly soaked in the lush and vibrant environment. It’s exactly how I remember it looking, yet it’s all new. Beams of realistic light pierce through trees, explosions ignite with more flair and Crash’s fur is just begging to be pet. This is among the best looking 3D platforming games available on any platform. The music has also been remastered and your favorite themes have never sounded better.

Other additions to this remastered trilogy include the ability to play as Coco across nearly the entire trilogy (thanks to some time travel trickery) and time trials with online leaderboards, which will surely spark some competitive fun amongst die hard fans.

Crash Bandicoot N. Sane Trilogy may not win over new or younger players with its occasionally frustrating but faithful recreation of Crash’s original platforming mechanics, but older fans will gobble this collection up, and rightfully so. It’s a wonderful remaster featuring beautifully updated visuals, scrumptious sound and hours and hours of memories to relive. All for a very reasonable asking price of 39.99. 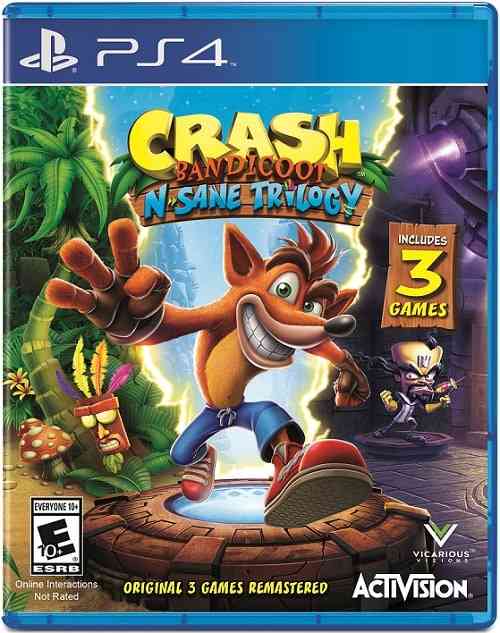