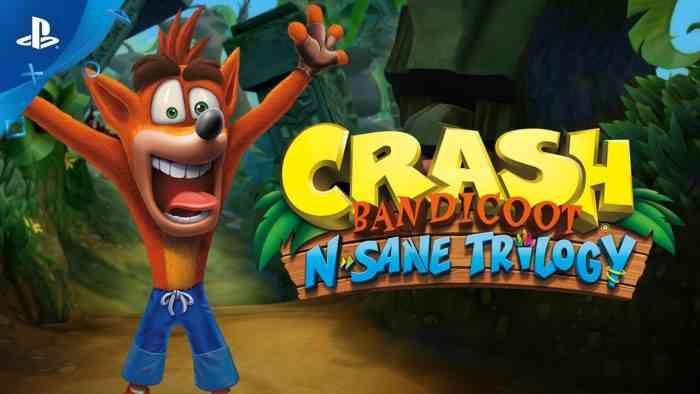 Although brief, the trailer gives a great comparison of what to expect in Crash Bandicoot N. Sane Trilogy compared to the original developments by a young and spry Naughty Dog studio. While not necessarily a remake, Vicarious Visions boasts about its content being a “remaster plus,” retaining Naughty Dog’s original geometry and framing the games from scratch around it, with added art assets, animations, and more in store for gamers who pick up the combo title.

Check out the gameplay trailer in the video below!:

Crash Bandicoot N. Sane Trilogy will be hitting the shelves in just a few short days, coming exclusively to the PlayStation 4 on June 30th. Will you be picking up a copy for yourself? Are you excited to see Crash and crew in remastered glory? Let us know in the comments below!