At some point, we’ve all found ourselves oddly invested in one form of tower defense game or another. It combines strategy, resource management, and the pressure of time, with the elements of gameplay we love like upgrades and tech trees; only they often make it a little too simple so it’s easy to play. Eventually, interest tends to dwindle and die once you get a solid pattern down. Developer Trendy Entertainment took the concept and cleverly went one step further, blending it with some light-hearted action-RPG gameplay creating something enjoyable and challenging for players of all ages.

Dungeon Defenders 2 is the kind of game that presents a colorful – if simple – storyline for the purpose of getting a grasp on the mechanics and leveling up your heroes: The Kingdom of Etheria is under attack, denizens of the Old Ones seek to free them from their imprisonment within the Eternia Crystals. As each crystal is destroyed, the Old Ones grow more powerful, and so it is up to the Heroes to protect these crystals and the people of Dragonfall.

The meat of the game comes from completing missions and the multiplayer experience. Players are tasked with assembling a team of four heroes from 11 different classes, each of which comes with a dozen or so cosmetic appearances that really let you make your team feel like a team by selecting similar styles. Be warned: I had made a Squire and got him to level 4 before decided I would change his attire. In so doing, the new appearance also replaced all of his experience and built him as a new character, deleting the old one. Be sure to experiment with the various classes in the early stages of the game so you can find the team that best works for you.

The mechanics are simple: Each character is able to place offensive and defensive turrets on a 3D map, and each class has its own unique turrets with varying abilities. Your four-character team can be swapped on the fly for repairs, placing turrets as needed, and combat. While the majority of your offense will come from the turrets you place at chokepoints along the enemies’ path, all characters have a standard and special attack to help cut down the ranks and keep yourself safe while maintaining your defenses. Defeated enemies will drop coins (currency), gems (used for buying turrets) and gear for your team members. This covers all of the typical RPG elements: armor, weapons, and accessories. Heroes can even have pets that accompany them around the map. 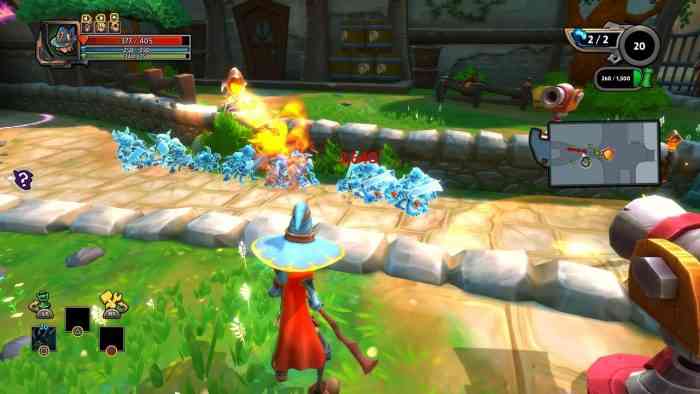 When it comes to controls, the HUD is fairly straight forward – once you complete the tutorial. Switching between the phases of building and combat is easy – too easy, as I found myself accidentally starting the combat phase without having placed a single defense because there is no confirmation before engaging. As your characters level up and unlock new turrets to place, you sadly don’t get a proper description of what they are and what they do without navigating a series of menu’s first – it would be nice if there was a simple popup to instruct you, but I do understand the urgency in playing an online game.

The real draw here is multiplayer. Players can go to the town, a central hub with various shops and the War Table: a place to select your mission or continue through the campaign. If you don’t want to mix it up with the public, there is also the option to go to the tavern instead – a private location where only your friends are able to help you in game. For those who prefer to handle it on their own, players can complete the campaign entirely solo, and the frantic chaos that ensues while trying to maintain your defenses is incredibly fun. 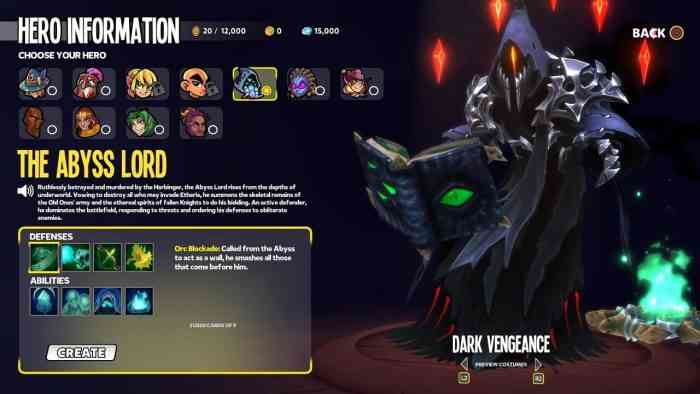 As is typical with the MMO style, completing tasks will earn you titles to add to your name and show off to the other players you encounter. There are also a very large number of challenges and collectible objectives to keep players interested when the interest in the campaign may dwindle after beating it the first time.

Dungeon Defenders 2 is a cleverly creative hybrid Tower Defense/ Action-RPG game that is colorful, hectic, and great fun for gamers of all ages. Playing solo or with friends is a ton of fun, and the RPG elements easily add multiple hours of gameplay in the pursuit of making your team the best it can be. With 11 playable classes, multiple costumes, and some wonderfully cartoonish graphics, the games only downfalls are its unnecessarily layered menu system and its somewhat overwhelming controls, which can take a little while to get used to. Dungeon Defenders 2 is an excellent adventure and well worth diving in head first to save Etheria. 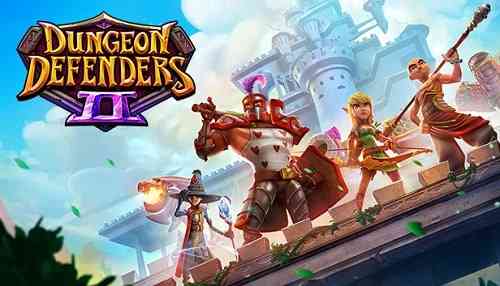