In 2010, Yoko Taro released NIER, an action-packed, genre-defying RPG. Although it resonated with a niché audience, many passed over it due to its muted color palette and clunky combat. Even though the initial release was doomed for obscurity, Platinum Games worked on a sequel that ultimately revived the series. The critically acclaimed NieR Automata developed on the solid foundations established in the original, perfecting the mechanics, resulting in one of the greatest action RPG titles in the medium. To celebrate the 10 year anniversary of the franchise, ToyLogic has reworked and re-released the original title, now named NieR Replicant Ver 1.22474487139… but have they corrected the issues that plagued the initial release?

Fans of the series will most likely be aware of the complex history of the title. With exclusive versions for eastern and western gamers that featured different protagonists, this will be the first time that people outside of Japan will be able to experience an uncompromised version of Taro’s vision. Replacing the gruff, middle-aged father of Yonah is the effeminate older brother who feels more in line with the world many of us have come to adore. Similar to Automata, Replicant features a deeply emotional narrative that is expertly countered with humor. Joining the protagonist on his quest to heal his ill sister is Grimour Weiss, a sentient book that possesses Alan Rickman-esque sarcasm and disdain for most of the actions of our hero. The clash of personalities is a highlight of the game and their medial conversions help to flesh out their character. 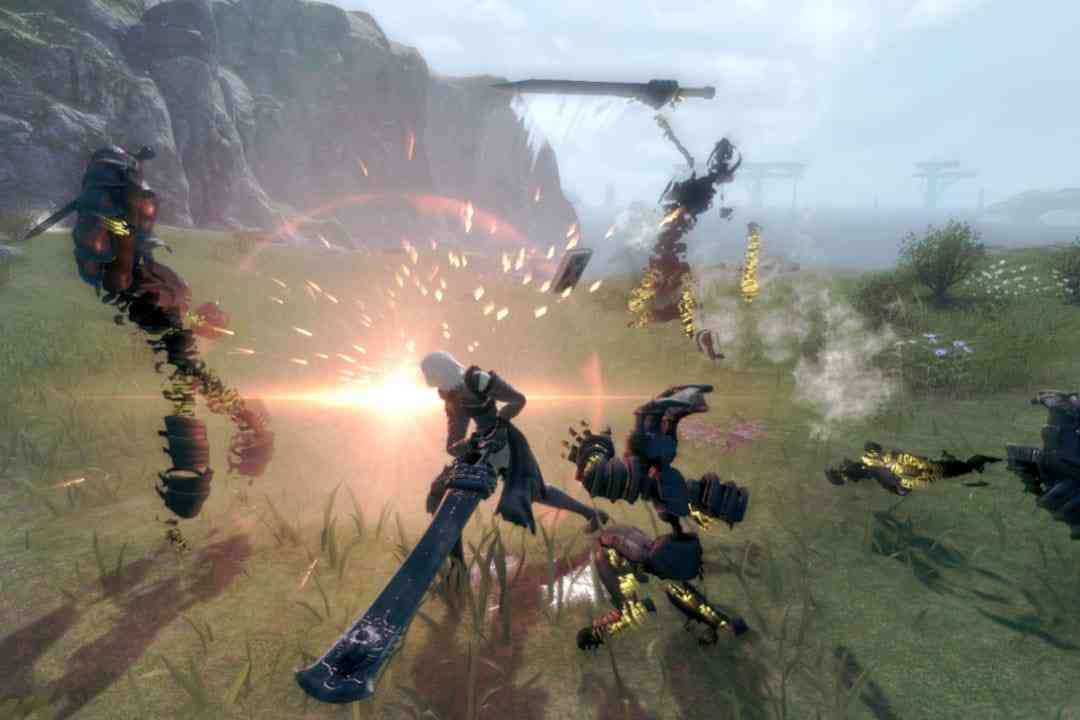 Arguably the most controversial character is Kainé, a brash, hot-tempered woman who is enigmatically brought to life by the incredible Laura Bailey. Unfortunately, her complex and heart-wrenching backstory is diminished by her exploitative attire. Without going into spoilers, there is reasoning for her lack of clothing, however, these are at best laughable and seem to only be included in order to excuse the sexualization of the character. Although Kainé steals each scene with her charismatic and foul-mouthed demeanor, the lingering camerawork which highlights every curve is cringeworthy.

Even though the main quest is compelling and full of twists and turns, side missions primarily consist of fetch quests. Upon completing the numerous mundane tasks, you are rewarded with money that can be used to upgrade and purchase weapons. Meeting the interesting cast of characters adds to the overarching narrative of the world, however, these quickly become tiresome as they lack the originality and innovation of the main missions.

More Than a Replica

Ridding itself of the clunky shackles that hindered the original, Replicant takes the slick animations from Automata bringing the game in line with modern hack and slash titles. With a multitude of weapons in your arsenal, you are able to combine light and heavy attacks with a mass of magical powers in order to create a glorious blood-soaked symphony of violence. Although enemy designs lack the character of Automata, the imposing bosses and array of enemy types help to ensure that each encounter is a thrill. Mastering evasion is key to survival, timed right and you can pass through bullet-hell sections to land the perfect strike rendering your foe useless. Amplifying the delicious combat is the fast, free-flowing movement. Effortlessly, you can traverse the open terrain and use the environment to divide and conquer the onslaught of demons who are intent on annihilation.

Defeating particular enemies will reward you with ‘words’ that are used to enhance your abilities. This adds a layer of strategy to combat as you can personalize the properties of each attack. However, for those who want to jump in and slice enemies with visceral precision, you can auto-equip ‘words’ and get straight back to the action. 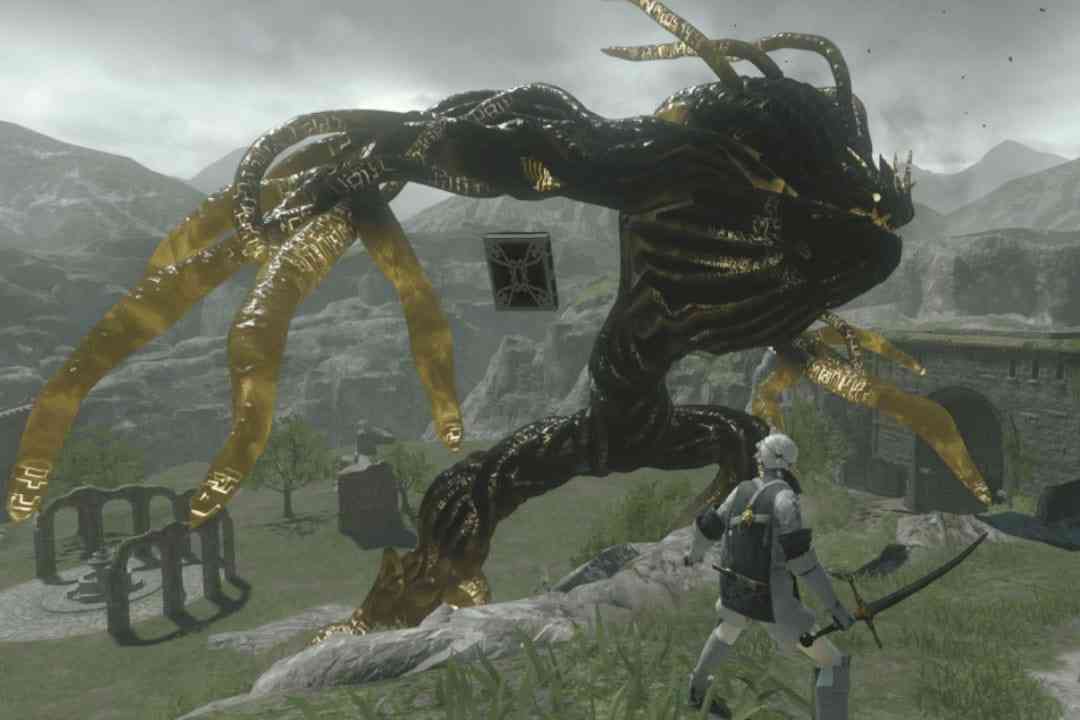 Adding variety, Taro has masterfully morphed various genres to create a truly unique experience. Seamlessly, the game transitions from third-person action to a top-down shooter and from a side-scrolling platformer to even a Resident Evil-esque horror! This genre-bending approach to gameplay shows innovation, helping the NieR franchise stand out amongst the plethora of hack and slash titles available.

One of the most noticeable improvements with Replicant is the graphics. Insinuating the harrowing state of the world, the signature washed-out color palette adds atmosphere and a sense of foreboding. Complimenting the subdued environments are the iridescent magical effects that spark vividly making each attack an aesthetic treat. Areas are diverse and portray the vast fantastical world that the characters inhabit. Even with improved framerate and re-worked assets, some areas still look bare and lack the nuance and minor detail that we have become accustomed to.

Backing your journey is the ethereal soundtrack that perfectly captures the mystery that engulfs the world adding a feeling of insecurity and wonder to your adventure. In addition to this, the updated script is brilliantly brought to life with the original voice actors reprising their roles.

Adding longevity, there are 5 different endings that give insight into the narrative of different characters. After completing the 15 to 20-hour campaign, subsequent endings can be unlocked through a multitude of methods. With tons of hidden content to discover, gamers will continue to be surprised and mesmerized even after the credit roll.

NieR Replicant ver.1.22474487139… is the perfect way for fans of Automata to experience the original and for newcomers to engage with the franchise. With updated combat and visuals, Replicant can proudly sit amongst greats in the genre, however, the hypersexualized representation of Kainé remains and deters from an incredible experience.

*** PlayStation 4 key provided by the publisher *** 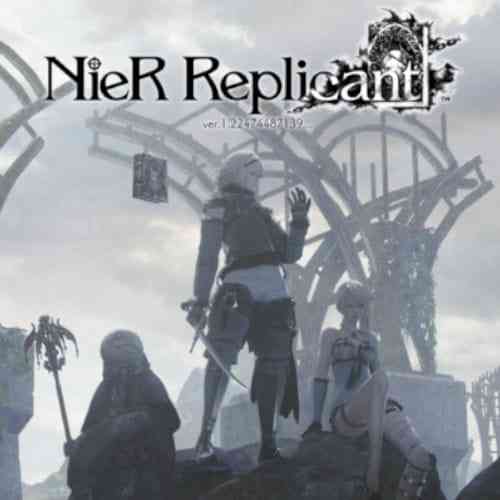