The idea of having made-for-VR games available for traditional PC play is beginning to take hold more and more. While it does open up the potential audience by a wide margin it also means that the games need to be good and not just “VR good.” That brings us to Unknown Fate, the story-rich, puzzle adventure title from Marslit Games. Does this story-heavy title work well in VR? Does it work as a traditional title as well? Let’s find out.

The story revolves around Richard, who auto-magically goes from the real world to a strange and surreal universe. This universe is inhabited with strange beings and visions of Richard’s past, as he struggles to piece together these memories and return to real life. The story itself is somewhat intriguing. The majority of that intrigue, though, comes from being plopped down in such a bizarre world and trying to figure out just what the heck is going on. The more I pieced it all together, however, the less interested I became. Not every story is for everyone though, so it may still be worth it to some of you for the story alone.

Story aside, there is still the gameplay. This is where the crossover between VR and traditional PC games can really make or break an experience. In Unknown Fate, there is some combat and in both the VR and PC experiences, it is rather mundane: flash/blind the one enemy type available, then shoot it a few times … the end. This, of course, is provided that you don’t run into the bug I did, where suddenly I could no longer do the required blinding of the enemies and had to exit and restart much further back in the level to try again. There is a “boss” to defeat as well, but that really isn’t anything that is going to excite most players. 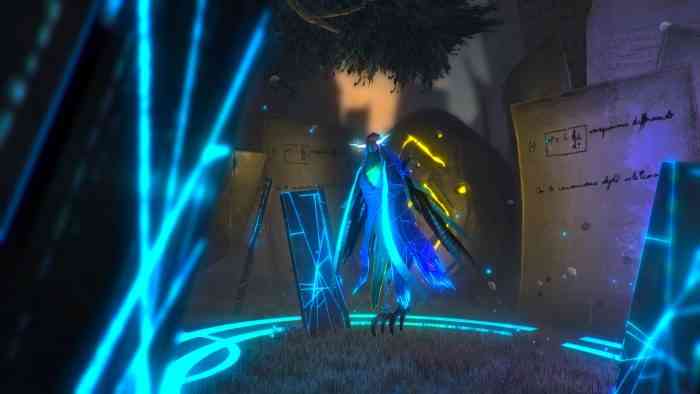 Getting through the levels offers up some big differences, however, depending on how you choose to play. In VR it’s mostly a breeze since Unknown Fate uses teleport for locomotion. This may disappoint those free-locomotion diehards out there, but playing through on a regular screen shows why teleportation is the better option here. Using a regular controller was a bit of a nightmare.  Aiming was far more of a difficult proposition than it probably should have been, and that wasn’t helped by the fact that my aim kept drifting at times.

That aspect was annoying but not really the worst, as there are a good number of jumps that need to be made in the game as well. Most are spaced so that the jump can be made easily – but “most” is the key word here as the ones that aren’t … well good luck. After failing roughly 30 times to jump over one gap, my character suddenly started moving very fast and then the jump was a breeze. Why he decided to do that then is beyond me, but I was sure glad once he did. The gameplay outside of the story really isn’t a strong point in Unknown Fate, and the sometimes-constant falling kills any enjoyment fairly quickly. There is a puzzle type element to the game as well, but the puzzles don’t require much effort to solve. 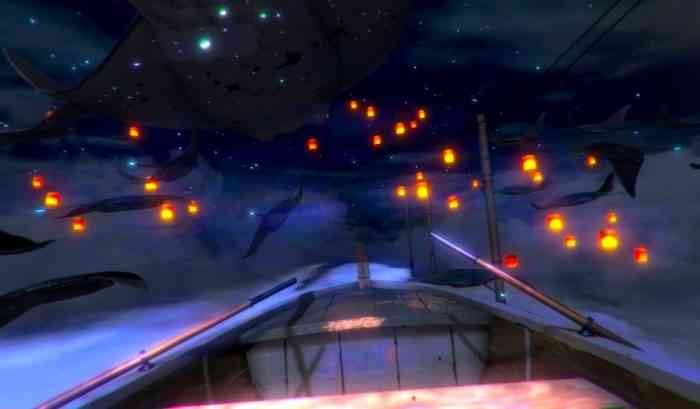 Visually, the game does look pretty good but it’s not entirely consistent; for instance right in the very beginning, there is a tree that looks rather bad and can give a poor first impression. That’s a shame, as there are some with leaves that look far far better in nearly every other part of the game. Besides that tree, in VR Unknown Fate does a pretty great job of creating a wonderfully bizarre setting, and it does maintain that atmosphere pretty solidly on PC as well. That’s no small task, but that sort of weird setting is intriguing in any format.

Overall I think playing Unknown Fate through on a PC with a regular controller really highlighted the elements that were lacking in the game. Things like mundane combat and easy puzzles are evident too in VR, but they are somewhat masked by the immersion factor that VR provides. Stripped of that feeling of total immersion, you get something wholly dependent on the story to drive your interest forward – and of course that’s provided a bug or two along the way doesn’t sap some enjoyment out of the experience. While I like the effort to make the game work with both VR and traditional PC gaming, it could use more polish and ironing out so as to make a better experience for all involved.

** A VR / PC Vive game code was provided by the publisher ** 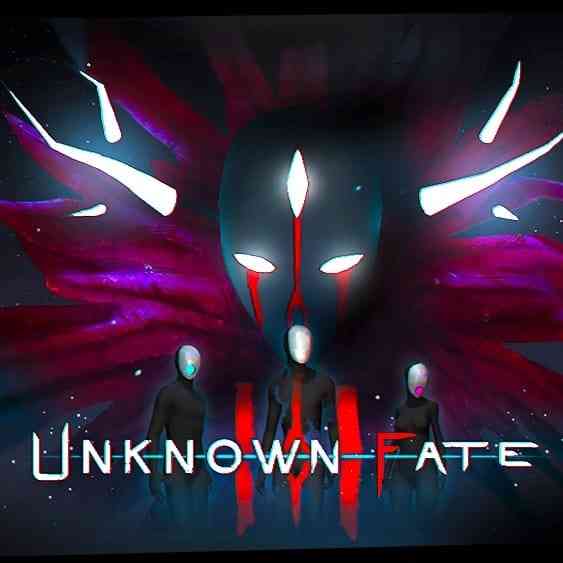 Wind & Leaves (PSVR) Review – A Janky Journey
Next Lamplight City Review – Glittering in the Smokeless Air
Previous Zone of the Enders: The 2nd Runner Review – Drifting Toward the Nursing Zone