Uncharted: The Nathan Drake Collection Review – Relive the Adventures All Over Again in HD

Uncharted is a series that has graced the PlayStation platforms since 2007. Developer Naughty Dog, who was well known for the Crash Bandicoot and Jak & Dexter games, took a chance with a new IP and never looked back, as Uncharted became a hit. Fast forward to present day and HD remasters or collections are all the rage on the current generation of consoles, so it was only a matter of time before Sony would see fit to re-release the first three Uncharted games that were on the PS3 onto the PS4, but with some enhancements to bring them up to modern standards. Uncharted: The Nathan Drake Collection does just that as it brings Uncharted: Drake’s Fortune, Uncharted 2: Among Thieves, and Uncharted 3: Drake’s Deception to the PS4. Bluepoint Games did most of the development of this collection, with guidance from Naughty Dog. So, how does Drakes foray into the world of HD collections stand? 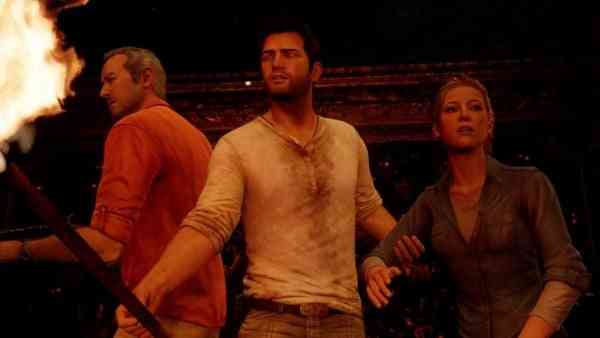 The Uncharted games are a combination of great story telling and enjoyable gameplay, all of which has continued to impress from the first game to the last. The main games have been on the PS3, with a couple of offshoots on the PS Vita (Golden Abyss and Fight for Fortune). The Nathan Drake Collection focuses on the PS3 releases only. I could write many words on what these three games are about, but that would be tiresome, and somewhat repetitive for those who know what the series is all about. For those that haven’t experienced any of the games though, I think a quick and very brief recap is in order.

In 2007 the first game in the Uncharted series, Drake’s Fortune, was released. It was a new IP that was played in the third person perspective and it provided some action-adventure and platform based gameplay. Nathan Drake was introduced along with Sully and Elena. They were in search of the lost treasure of El Dorado while facing off against mercenaries. Among Thieves, the second game in the series, released in 2009, and it brought Nathan Drake, Sully and Elena back, along with a few new characters, to such areas as Nepal in search of Shambhala, a mythical kingdom hidden in Asia. Of course new enemies and new plot twists fill the adventure. Drakes Deception, the third game on the PS3, was released in 2011. Nathan Drake heads off to the sandy world of the Arabian Peninsula in search of the “Atlantis of the Sands”. Along with battling new enemies, and the introduction of new allies, the story focuses on Nathan’s relationship with Sully.

One of the big selling features of The Nathan Drake collection is the jump to 1080p/60fps for all games. But along with this bump in resolution, Sony has also done some other visual upgrades, including removing screen tearing (in Drake’s Fortune specificially), improved lighting, improved texture resolution, improved character models, increased draw distance, and even some improved shadows and particle effects. To be honest, the games did have some visual shine to them that is for sure and you’ll notice it right away.

“At the end of the day if you are looking to relive Nathan Drakes’ adventures, or you want to experience them for the first time, then Uncharted: The Nathan Drake Collection is the way to do it.”

Along with the visuals, there have been improvements in control. I found that the Dualshock 4, and its new triggers and analog sticks (versus the Dualshock 3), was a joy to use. Aiming seemed pretty good for games that were as old as 8 years and things just felt like they flowed better control wise. I think that fans of the series who may have played the games when they were on the PS3 will find the gameplay experience in most of the Uncharted games controls like they should in this day and age.

All that being said, something that was very evident during my time with the collection was that the original game, which was a huge hit 8 years ago, and reviewed well, has not particularly stood the test of time. Don’t get me wrong, it’s still an enjoyable game, and seeing Nathan Drake’s early beginnings is cool, but man, there are some things that just stood out which hampered my experience. Foliage popping in and out of the frame, control, although improved, not feeling as precise as the other two games, and seeing Nathan try to climb things in the level which were not meant to be interacted with was a bit jarring now and then. That being said, the game is still a visual improvement over the 2007 version, and control could be worse, but there is only so much you can do with a game that was coded for the PS3 when all the tricks of the hardware they were using weren’t discovered. With Uncharted 2 gamers began to really see what Naughty Dog had in store for them, and the experience got even better in Uncharted 3.

So, how do the three games as a whole transfer over to the Nathan Drake Collection, well the games, especially number 2 and 3, almost look like you’d imagine when thinking of todays standards, with the third game really coming close to something you’d expect on the PS4 today. The visuals in the latter two are pretty solid on the PS4 and you won’t be disappointed with them. Gameplay mechanics as a whole were improved as each subsequent game was released back in “the day”, so as would be expected, Uncharted 3: Drakes Deception, is the best of the three games in all areas. 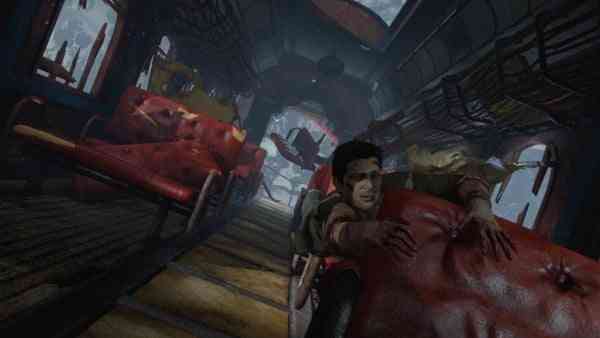 Along with the improved visuals and controls, there are a few added features for all games. This includes the addition of Brutal Difficulty, which is even more punishing than the Uncharted’s Crushing Difficulty. Unlike previous games, Crushing Difficulty is open from the get-go, and once defeated it opens up the new Brutal Difficulty. There is also a new Speed Run mode, which times your run through of any level and compares it to your friends.   There is also a newly added Explorer Mode which is basically a ‘beginner’ mode that allows total noobs, or the VERY casual gamer, to play the game without a care. This mode is actually quite useful if you just want to experience the story and don’t mind how easy it is to get through the game, which by the way it is very, very easy on this mode. Finally there is also a new Photo Mode, a remastered soundtrack, and access to Uncharted 4: A Thief’s End’s multilplayer beta.

If anything, I have to be honest and say that this collection is just a collection of the three games with improved graphics and some improved control. The addition of the new skill modes (Brutal (uber hard) and Explorer (really easy) Modes) doesn’t add much, if anything to the game. As for the Photo Mode, sure, it’s neat to take a few pics, but that loses it attraction quickly. Overall, once you get through the games you’re all done, and that is where part of my issue lies, having to pay the price of a modern game for a collection of three previously released games you’ll play only once. Here in Canada the game is $74.99 (msrp). Considering the main attraction is improved visuals and control, that is a lot of mullah for an HD collection that doesn’t add anything to improve the lifespan.   Heck, they even took away the multiplayer of Uncharted 2 and 3.

At the end of the day if you are looking to relive Nathan Drakes’ adventures, or you want to experience them for the first time, then Uncharted: The Nathan Drake Collection is the way to do it. With improved visuals and control, you’ll really enjoy them. Be forewarned though, there are no extra features to celebrate the franchise, something I think would have been beneficial for returning fans and new fans alike. If you have the money, and your gaming dollars are not limited, it’s recommended that you play through this collection, especially since Uncharted 4 is set to release on the PS4 in February of next year.

• Improved visuals
• Control seems better
• All the games in one package 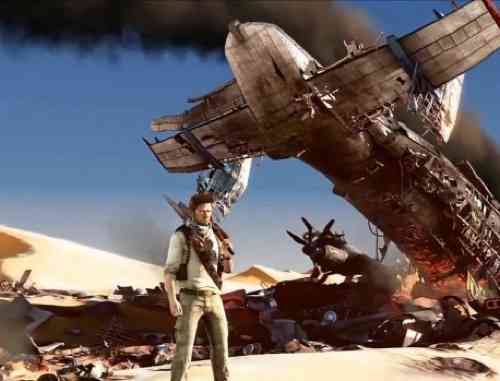