LEGO Dimensions Review – Everything Really is Awesome (Except your Empty Wallet)

To say that LEGO Dimensions had an uphill battle in front of it upon release is an understatement. Coming into the toys-to-life genre this late in the game it faced stiff competition in the form of the very well established Skylanders and Disney Infinity franchises. Not only that it faced a consuming public that has become wary of shelling out massive amounts of dollars just to completely play a game they already spent a significant amount on. The ‘paywall’ style of play where you can’t access certain areas without extra characters from store shelves has emptied more wallets than a Gamblers Anonymous meeting letting out onto the streets of Las Vegas and parents have perhaps grown tired of this. Despite this hurdle of course, you can’t deny the simple power of the LEGO brand. Just this past September, LEGO took over as the number one toy brand on the planet surpassing Mattell with $2.03 billion dollars in sales in the first half of 2014. That is a ton of bricks… literally and figuratively. Using the power of their brand and the power of their accumulated licenses the Danish toymaker alongside WB Interactive and TT Games have unleashed LEGO Dimensions and dare I say it could be the toys-to-life game to surpass all others.

If you’ve ever played a LEGO game in the past you’re already pretty familiar with how LEGO Dimensions plays now. Wisely following the old adage “if it ain’t broke don’t fix it” you’ll navigate your characters through the tried and true LEGO gameplay many of us have come to enjoy. The major difference of course is that now you’re encouraged to put the controller down and actually interact with physical LEGO bricks. Right from the start I was smiling as I put together the three included characters in the starter pack (Gandalf, Batman and Wyld Style) and eventually the ‘Vortex Generator’ and Batmobile. If you’re looking for a distinct advantage over established franchises you’ve already found one; physical interactivity. During the game you’ll find yourself taking apart the Batmobile to make other contraptions and altering the Vortex Generator as well. LEGO Dimensions has managed to cross the threshold of merging digital and physical together like no other game before it.

“Not every level is a hit but there’s just so much clever humour and whimsy that only the most stalwart of grumps will be left unsmiling.”

As mentioned, the gameplay itself is very much a LEGO game and you’ll spend plenty of time smashing apart items and enemies for studs. You’ll assemble amazing contraptions with rumbling piles of bricks. You’ll find red bricks and obtain gold bricks and Minikits. See where I’m going with this? Classic LEGO. Using the portal with up to seven items (minifigs, vehicles, upgrades) and incorporating puzzle action where you move minifigs from point-to-point on the pad adds a new dimension (I’M SORRY) to what we already are comfortable with. Of course all this coupled with absolutely iconic franchises is extremely endearing for both the young ones and their parents. From Back to the Future to Ghosbusters, Doctor Who, Portal, Scooby Doo, The Simpsons and more a hand must be given to the team securing all these fantastic licenses! Not every level is a hit but there’s just so much clever humour and whimsy that only the most stalwart of grumps will be left unsmiling. The reactions seen on the face of my son as he played through was enough to cement the game as a mainstay on the console for sometime to come.

The campaign story isn’t anything to write home about but the acting and levity in the banter between characters is a strong point. Lord Vortech (fabulously voiced by Gary Oldman) is the villain and essentially wants to control everything LEGO. In his quest for power the LEGO universes become a mish-mash of blended worlds where DC Comics will cross with the Wizard of Oz and Lord of the Rings will go dinosaur hunting with Jurassic World. It’s up to Bats, Gandalf and Wyldstyle to put it all back together again. It’s a simple story that’s easy to follow for the kids and isn’t afraid to interject the odd jab that only Mom and Dad will understand. Being a parent myself I’m always on the hunt for appropriate games I can play with my child rather than just watch and co-op LEGO Dimensions fit that bill perfectly but didn’t bore me while doing so. 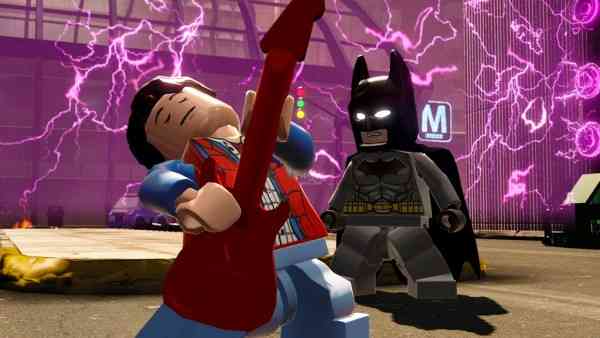 Of course you can’t have a toys-to-life game without the obligatory cadre of extra toys and packs to enhance your experience. While LEGO Dimensions never forces you to purchase anything extra to complete the campaign it wastes no time in demonstrating that you’re missing out on a TON of content by not hopping on that treadmill. Even in the first few hours I lost count of how many ‘only x-character can open this’ situations I came across. It doesn’t take much to figure out that a completionist will fork out a small fortune to experience everything. This should come as no surprise to those familiar with the genre or with LEGO itself. Being the father of a rabid LEGO fan I know full well how expensive it is and I give in nearly every time because it’s just so damn cool. From full level packs, to team packs to fun packs there are no shortage of ways to add to the game. Admittedly, I’ll be going out of my way to pick up the Back to the Future Level Pack and my son has already requested Ghostbusters. LEGO Dimensions has sunk it’s hard, plastic corners into my skin like talons I’m afraid.

When compared to its compatriots, no matter how well established they already are, it’s a clear win for the bricks. Familiar licenses for all ages coupled with equally familiar gameplay and the most powerful toybrand in existence leaves no room for failure. If you’re in for a dime though you’re likely in for a dollar so prepare to open those wallets (willingly, I’m sure) to truly open up all the game’s wonders.

• Pricey to expand upon
• High amount of paywall content 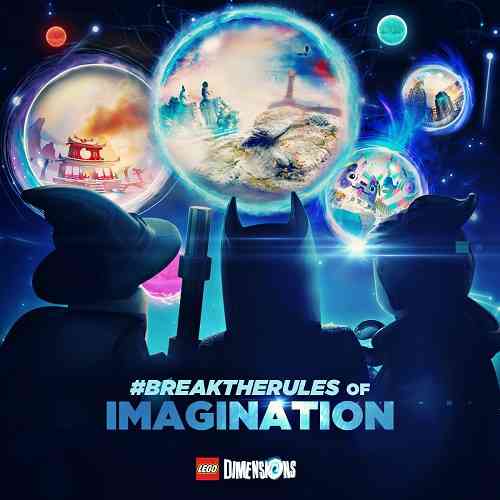 Lego Brawls Fights Its Way To Launch On Multiple Platforms In Summer
Next The Talos Principle Deluxe Edition Review – Refreshing Philosophical Puzzle Game Nails It
Previous Uncharted: The Nathan Drake Collection Review – Relive the Adventures All Over Again in HD