COGconnected reviewed Tunic when it was originally released on PC and Xbox consoles, back in March 2022. You can read that review here. Now it’s available on both PlayStation and Switch. There aren’t any new features, but there is a massive chunk of the video game market that now has access to Tunic. And it’s a fantastic game. The original review did a great job of summarizing the game for a new audience, so I won’t retread much ground with this review. I would like to offer a rebuttal for some of the original reviewer’s thoughts though. I will also emphasize a few reasons why I think Tunic is better than great.

The easiest way to describe Tunic is as an isometric Legend of Zelda-style adventure game. Probably the closest modern game to Tunic is The Legend of Zelda: Link’s Awakening for the Switch. It has a similar visual aesthetic and puts an emphasis on exploration and puzzle solving, over combat.

FromSoftware’s Souls games are a common comparison I’ve heard made to Tunic. There are some gameplay mechanics Tunic has in common with the Souls series, but I think it’s a mistake to call it a “Soulslike”. If I asked someone for a game similar to Dark Souls, and they recommended me Tunic, I would be pretty mad at them. The camera perspective and cutesy visual aesthetic are enough to drive this idea home. There are many more differences than similarities between the two games. 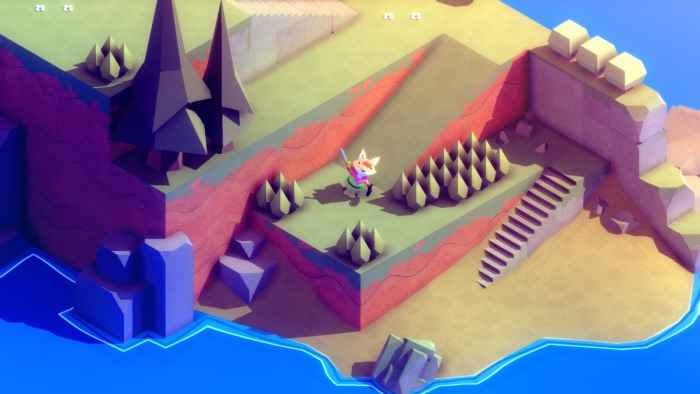 Even The Legend of Zelda isn’t a great comparison for Tunic, because Tunic’s really its own thing. It has elements of many games, but the audience that really needs to play Tunic is the retro community that has a love for cryptic NES games. Tunic, in a far less punishing way, captures the NES feeling of being dropped into a world with no sense of direction, and no explanation of how to play. Items do not have obvious uses.

A brief brainstorm of games Tunic reminded me of included Zelda II: The Adventure of Link, Castlevania II: Simon’s Quest, Dragon Warrior, Phantasy Star, Bart vs. The Space Mutants, Faxanadu, Who Framed Roger Rabbit?, etc. Tunic’s primary goal was likely to capture the feeling of “okay, now what the heck do I do?” that so many NES-era adventure games had. And it does so without sacrificing any of the fun many of those titles easily sapped.

Another genre that one could easily compare Tunic to would be Metroidvanias. A large part of Tunic’s gameplay involves finding new items and upgrades, then going back to prior visited locations to try them out. What makes Tunic unique is that many items don’t have obvious uses. Or they have obvious uses, but also hidden uses. Tunic’s map is laden with secrets. To discover them all, players will really need to test their critical thinking skills. 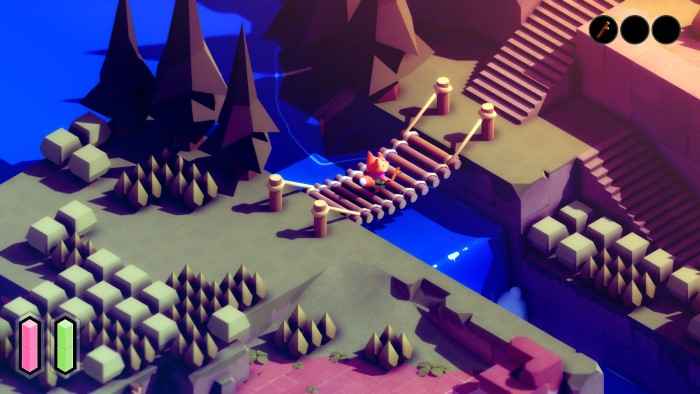 Many items come with an explanation of how to use them, but that explanation is often written in runes the player can’t read. It takes lots of experimentation to figure out how certain items can be used. But late-game translations often reveal that items have multi-functionality. One of the best feelings I got playing Tunic was something like “I could do that this whole time!?” And Tunic got that reaction from me more than once.

Finally, I want to mention that Tunic has an in-game instruction manual, with pages that can be collected. These pages are written in a combination of runes and actual language and are key to Tunic’s cryptic ability-discovering gameplay. These pages are gorgeously illustrated and are one of the more obvious homages to NES Legend of Zelda. This reminded me of how thrilled I was collecting book pages in the original Ni No Kuni. Publisher Finji should take note that if there are ever physical copies of the game produced, everyone will want a full instruction manual. Even if it’s just in a collector’s edition version. 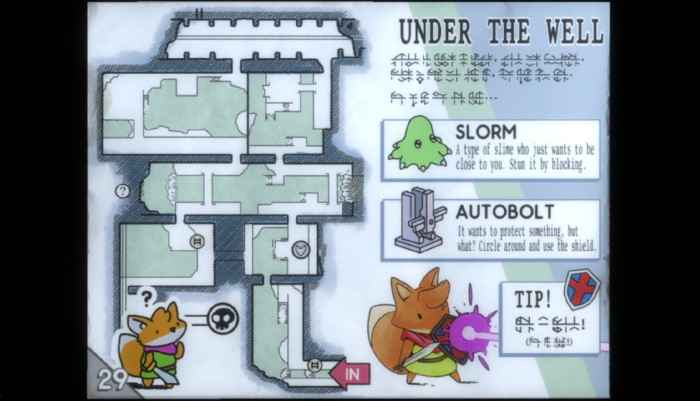 If you’re a fan of exploration and puzzle-based adventure games, then playing Tunic is a no-brainer. While it does have elements of Souls games, it has more elements from The Legend of Zelda series and lots of elements from other genres as well. What makes Tunic unique is the way it gives the player items and abilities, without fully explaining them at first, and allowing the player to experiment while exploring its world. Retro players who love cryptic NES titles of yesteryear take note, this might be a GOTY contender for you.

Too cryptic for some

Cutesy vibe not for everyone 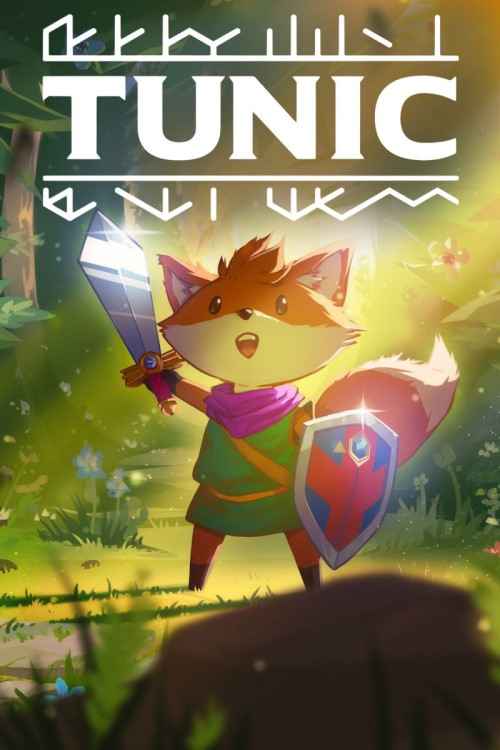