Love ’em or hate ’em — and I kind of fall into the first category — Suda51‘s games are always audacious and entertaining at the very least. This is certainly true of No More Heroes 3, which was released just over a year ago. Now the game is coming to the PC, Xboxes, and PlayStations. If you’ve already played it on the Switch, is it worth picking up again?

Just Another Day Saving the World

Right off the bat, players of the original No More Heroes 3 need to know that this port doesn’t add any new content. It’s straight up the same game, gussied up a little bit for PC and more powerful consoles. So, if you were hoping for significant tweaks, additions, or changes, you might be disappointed.

For those entirely new to it, No More Heroes 3 is the latest in a series of games that debuted in 2007. Director Suda51 (Goichi Suda)/developer Grasshopper Manufacture are responsible for some of my favorite games in the action genre, like Lollipop Chainsaw and Shadows of the Damned. Suda51’s games have tons of profane humor, weird plots and characters, and copious pop culture references. Underpinning the quirkiness, though, is genuinely excellent action. It’s a potent combination. 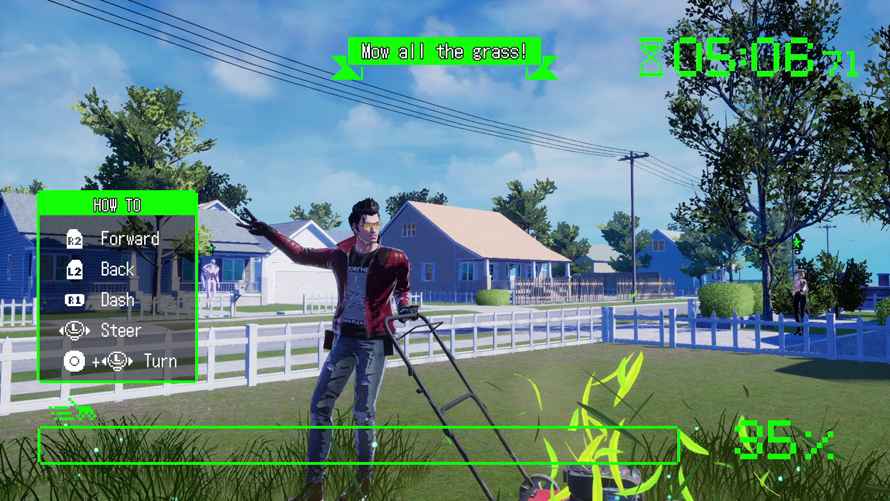 In terms of story and characters, No More Heroes 3 fits right in. Assassin and anti-hero Travis Touchdown makes his return, fighting the alien prince FU, and FU’s assembly of nine alien bosses. After executing the President on live television, FU announces the establishment of the Galactic Superhero Rankings; a ranked ladder with himself at the top. Travis Touchdown ascends the ladder towards FU by defeating the underboss aliens to save the planet. Now, saying that’s the plot is sort of like saying chili is beans, tomatoes, and beef. There are a lot of other spices and ingredients. In the case of No More Heroes 3, the narrative is populated by a dizzying, convoluted roster of minor characters and one-off references. As entertaining as No More Heroes 3 can be moment-to-moment, however, it can feel like Suda51 is treading some familiar water.

Get Down to the Action

Narrative aside, No More Heroes 3 has stylish action combat. It fuses hack and slash, light and heavy attacks with Devil May Cry moves, topped off with pro wrestling finishers. Your go-to weapon is a charged sword called the Beam Katana. You also wield the Death Glove, accessing a variety of special attacks. Between memorizing enemy attack patterns, dodging, mid-battle minigames, and ultraviolent finishers, combat is never boring.

No More Heroes 3 extends its action past combat to include mech battles, driving sequences, and ridiculously mundane tasks that add to the overall weirdness. Aside from the game’s enemies and side characters, though, the world is pretty static and empty. It feels like what it is: a stage for videogame action. The world might be a bit disappointing, but the game’s music, sound design, and voice acting are all deliciously committed and entertaining. 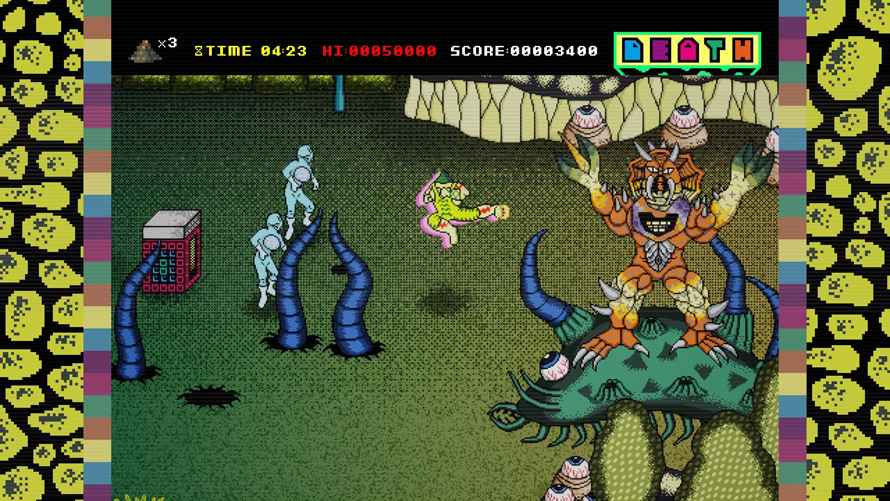 Aside from 4K resolution and a faster, 60fps framerate, nothing much has changed from the Switch release. The higher resolution emphasizes some of the glaring technical limits of the original. Textures are simple and bland, jaggies are everywhere, and animations lack smoothness and complexity. No More Heroes 3 has a distinct and eye-popping art design. It’s a collage of 8-bit videogames and comic books side-by-side with cheesy television staging. Art direction is important, but the graphics still look several steps behind what current consoles can deliver. The PS5 version, at least, had a few mission-stalling bugs. 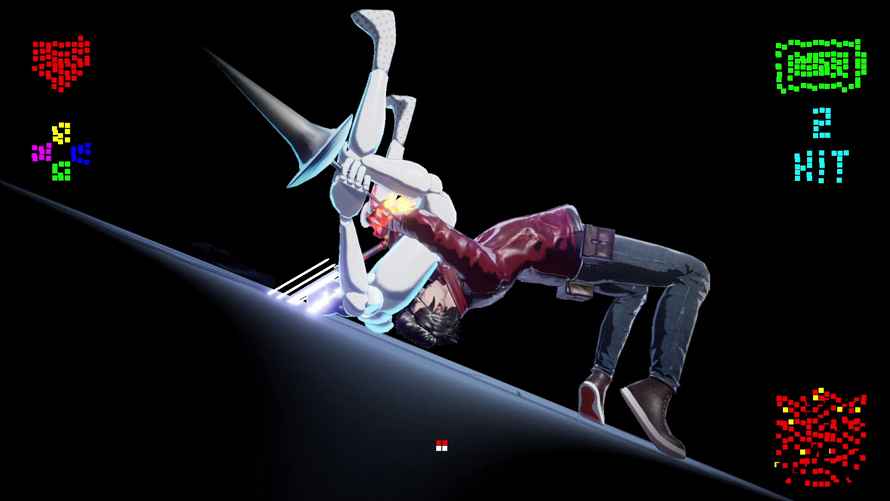 Players coming to No More Heroes 3 for the first time will have fun with its combat and peculiar, entertaining narrative. Switch owners who played it already won’t find anything new, aside from framerate improvements and higher resolutions. While the former improves combat, the latter just draws attention to the graphical limitations of the original. No More Heroes 3 is generally a worthy next chapter in the franchise, but I expected a little more than a straight-across port. 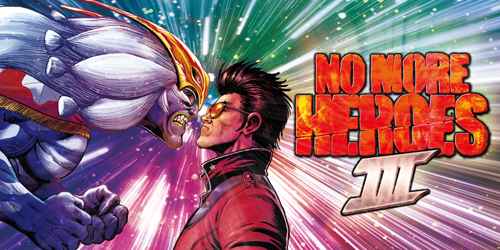