If you live near a decently sized arcade, there’s a chance you’ve seen the arcade game with two giant drums. The music is loud and the screen shows a rhythm track where you’re supposed to hit your sticks in tune with the music. I’d only seen this game in malls before and until now, hadn’t known that the Taiko no Tatsujin series had been popular in Japan for some time. And now with the latest entry into the series: Taiko no Tatsujin: Rhythm Festival, we can further practice and drum to our heart’s content and become a drumming master!

You find yourself moving to the fictional Omiko city with the dreams of becoming the best Taiko Master. But you won’t be going on this journey alone as you have the guidance of Don-Chan and Kumo-kyun to help. These adorable mascots will give you tips and hints as well as offer anecdotes as you improve your skills. Don-Chan will then take you to the five main areas of Omiko city: Thunderclap Shrine, the main Taiko drumming mode, Taiko Land for party games, Dondolo Town for online play. The store is where you can purchase outfits, instruments, and more. And last but not least, your bedroom to change your outfits, look at your memories and adjust your settings. 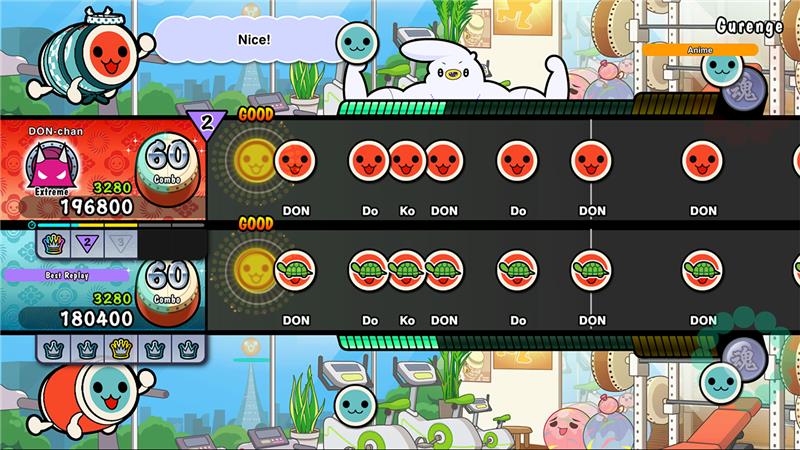 The gameplay for Rhythm Festival is an easy-to-pick-up game. But as you build your skill, the harder difficulties can be tough to master. A series of notes will slide from the side of the screen and players will need to hit the corresponding ‘don’ and ‘ka’ at the correct time. There are four main modes you can take on the drumming challenge: buttons, motion controls, touch screen, or the official drum accessory itself. Everything works as expected, and quite well, however, there are some pros and cons for some of the modes. The standard button modes, whether you’re playing docked or if you have one motion controller, work well. The motion controls will have you the most immersed in the drumming itself. However, its accuracy does seem to become a bit inconsistent especially for the faster-paced songs.

I found myself having the most fun and had much more accuracy when I played on the touch screen. But if you’re the type of person who likes a clean screen, this option may not be for you. Ultimately I’m told the best and most immersive play you’ll get is from the official Drum Controller for its accuracy. However as I don’t have access to this controller, I can’t give my complete thoughts on this. Though from seeing the videos online of the Drum controller, I can only imagine how fun it is to play and use. 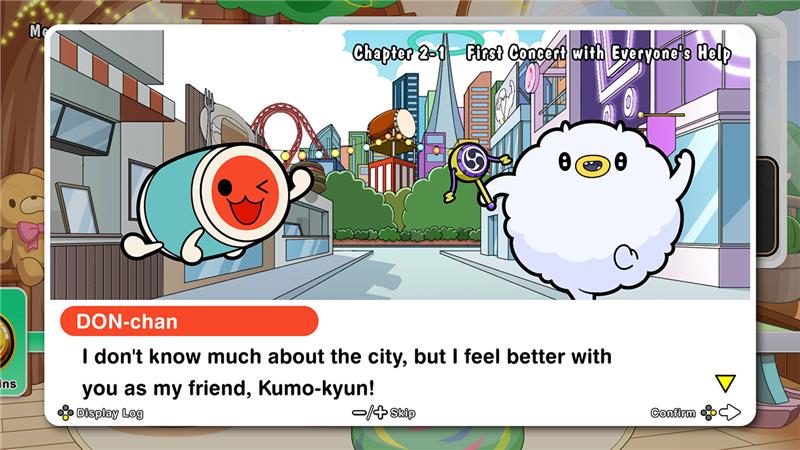 Rhythm Festival is also the first Taiko no Tatsujin to include a practice mode. Some of the songs may seem easy at first but some of the titles are deceptively hard. By playing in Practice mode, you can work towards completing those songs so you’ll be ready to show off that speed and accuracy in Oni mode.

There’s So Much To Do, You’ll Never Get Bored

This is my first real foray into a Taiko game, I wasn’t really sure what to expect from its music roster. But I have to stay, I was more than pleasantly surprised. There are 80 songs on the list ranging from original songs, to popular anime openings, and much more. It’s an incredible lineup for sure, but what are you supposed to do when you make it through every song? Well, don’t worry because there’s the new Taiko Music Pass. Out with the old days of buying individual songs as DLC for around $4.99 USD or more. For a low monthly or tri-monthly charge, you can upgrade your music library to a whopping 500 songs. Between all of this music and all of the different game modes, you’ll certainly get your money’s worth. 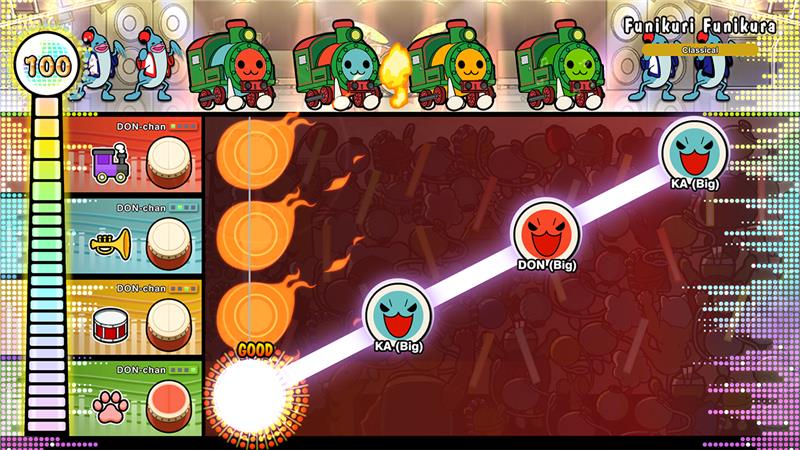 So there’s the main drumming mode, but what else is there? Well, you can participate in The Great Toy War, which has you playing against other players or AI opponents. Determine who’s the better drummer – but with an added twist. You’ll be using power-ups that will aid your performance by confusing your opponents or even yourself if you aren’t careful.

You can play with up to 4 people locally or online in Big Bang Mode which lets players perform a song together. On top of all of these modes, there’s a decent amount of customization here as well. And with the incredibly bold and vivid art style, you can make your character stand out even more.

Rhythm games aren’t everyone’s cup of tea, but if you’re looking to get into one, look no further. Taiko No Tatsujin: Rhythm Festival is a wonderful entry game and if you get it bundled with the drum controller, there’ll be no stopping you. If you don’t want to shell out for the controller, that’s ok. Playing it in the other three modes is equally as fun. There’s a large range of music types so there’s a little bit of something for everyone. Whether you’re just dipping your toes in or a veteran rhythm player, the amount of content in the base game alone without the music pass will be sure to give you endless hours of playtime. 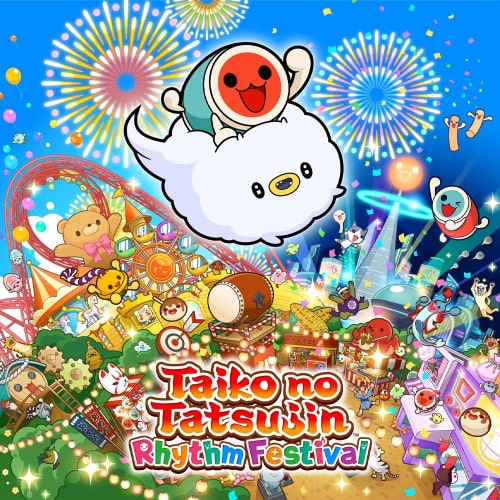