Ni No Kuni: Wrath Of The Witch Witch Review – This JRPG Gem Shines

Ni No Kuni: Wrath of the White Witch Review

“How can an 8-year-old game still look and play so well!?” is something I kept asking myself when replaying Ni No Kuni: Wrath Of The White Witch on my Switch. The new release has enhanced graphics on the PS4 and PC, but the Switch version is unchanged. And that doesn’t matter because this Studio Ghibli designed game is a masterpiece of fantasy storytelling and JRPG gameplay.

Ni No Kuni was originally released for the Nintendo DS in 2011 in Japan and was ported to the PS3 in 2013. That version was a critical darling and is my favorite JRPG on the PS3. That might not be saying much, as the JRPG was one of the most neglected genres of the last console generation, but after replaying it for this review, I can say Ni No Kuni proudly stands alongside games like Persona 5 and Dragon Quest XI as one of the finest JRPGs of this console generation as well.

The story is about a boy named Oliver, who tragically loses his mother at a very young age. He is met by a fairy named Mr. Drippy, who tells Oliver that there are parallel dimensions and that a great Sage from his world looks just like Oliver’s mom. If Oliver can save the great sage, then perhaps his mother can be saved in turn. This simple beginning leads to a sprawling fantasy epic that has touching moments reminiscent of classic Disney tales at their finest. I don’t want to spoil any of the plot events, but if you’re at all curious about playing Ni No Kuni, know that the story is one of its driving forces, and is best served knowing as little as possible.

Huge World In Palms Of Your Hands

Ni No Kuni: Wrath Of The White Witch was developed by Level-5, who are known for their many PS2 action RPG classics, and their Professor Layton and Yokai-Watch franchises. Ni No Kuni is their masterpiece, and the culmination of many ideas leading all the way back to the original Dark Cloud game. Level-5 teamed up with famed anime studio, Studio Ghibli, to design a rich fantasy world, with Ghibli animated cutscenes resulting in a level of quality and depth which holds up to this day. Frequent Studio Ghibli composer Joe Hisaishi even wrote a beautiful score for the game. 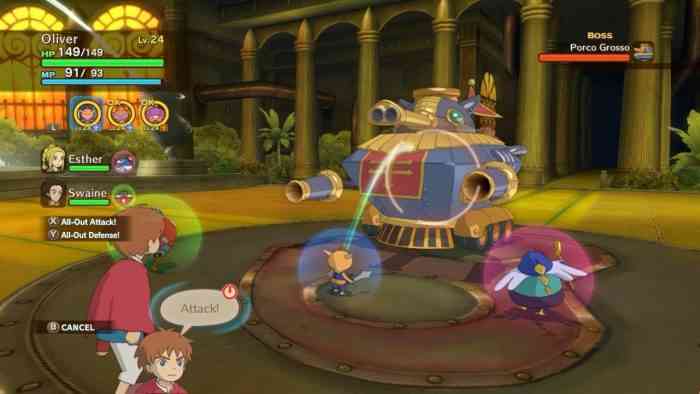 A huge part of Oliver’s quest is that he needs to become a wizard, in order to battle the Dark Djinn who has captured the Sage. In order to level up and increase his power, Oliver captures, trains, and battles with familiars, Pokémon-style. In battle, Oliver and his companions can fight, or summon familiars, which have different strength stats, but all rely on the same magic bar to use their commands. When familiars are attacked, they lose stamina, and eventually can no longer be summoned, which forces Oliver to fight.

During the endgame, levelling up familiars, discovering their abilities, and building the ideal battle party becomes a huge part of the fun of Ni No Kuni. Oliver and his two companions, can only have 3 familiars each at a time, and finding that combination of attacking, healing, defending, etc. is an experimentation process that can only be aided with portable capabilities. Familiars need to battle to level up, but can also be fed candy to increase stats and compatibility. 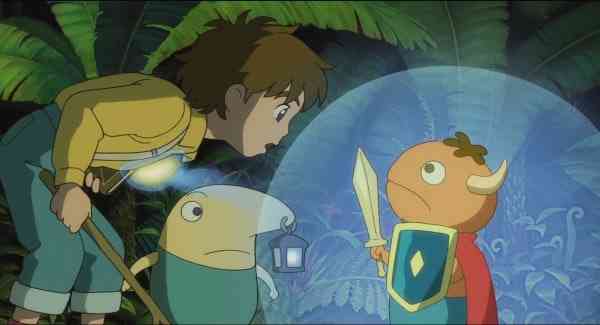 There are plenty of other gameplay elements to keep players interested. An alchemy pot allows players to combine items in order to discover what new items they can create. An in-game grimoire called The Wizard’s Companion has players collecting its pages, which unlock item information, a bestiary, maps, and even short stories with myths and history of the Ni No Kuni world. This Companion is like a dream strategy guide, and is very satisfying to complete. There are also post game goodies I won’t get into. My first playthrough was a comfortable 100 hours, and although I did everything, nothing felt superfluous.

Ni No Kuni: Wrath Of The White Witch is a very different game from Ni No Kuni II: Revenant Kingdom. It focuses on monster collecting and battling, rather than action mechanics, and has animated cutscenes that its sequel lacks. Both games look equally gorgeous. Unfortunately, there is no new content in this new release; this is not a “definitive edition” (which on a personal note, I respect because every game should be first released as a definitive edition). Now that Ni No Kuni can be played on the Switch it can be played portably, which is something this game will benefit from very well. Experience the story at home, while you explore the world, collect monsters, and battle on the go.

Ni No Kuni is a timeless masterpiece of a JRPG. The only reason to not own it is if the JRPG genre is just not your cup of tea. But if it is, you’ve got up to 100 hours of engaging game ahead of you, and those hours will not be forgotten. 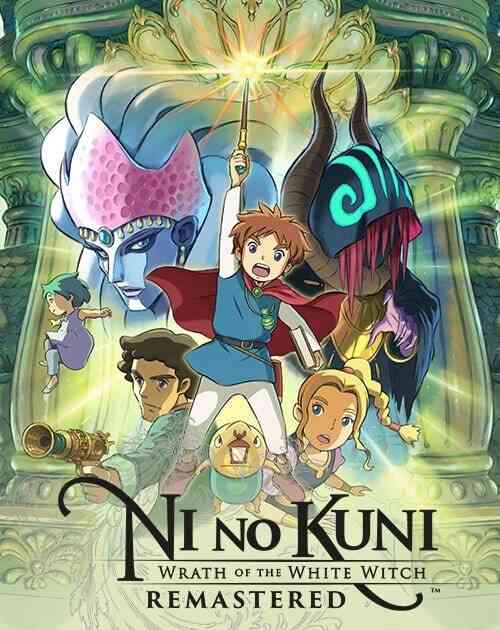