Back in 2014, I had the opportunity to review Toukiden on my dusty PS Vita that seemingly brought it back to life for a good while. It was enjoyable, but there were aspects missing that made the excitement slowly disappear due to the constraint in freedom and variety. About a year later, its remaster/expansion/half-sequel, Toukiden: Kiwami, was released that expanded the previously handheld-exclusive-game onto the PS4 and PC with the addition of new story elements as well as other features. We are now here with Toukiden 2 in 2017 that boasts a new story, additional battle mechanics, more customization features and an open-world aspect amongst other things. How does it hold up? Surprisingly well.

The very first thing you are welcomed with is the character creation screen. You’ll choose your gender, hair, facial features, body type, accessories, and one of the eleven starting weapons. Since you’re not constrained to a certain look or class, you’ll be able to change them up whenever you like once you settle into the adventure.

The story, while new, follows shortly after the events of Toukiden: Kiwami following ‘The Awakening’ – the event in which Oni from the ‘Otherworld’ poured onto the world causing dimensional portals, miasma holes, and other demonic/spiritual catastrophes to occur. Like the previous games you’re a slayer – a proficient Oni killer, but this time you do some serious time traveling and warping. While you start off fighting Oni in Yokohama during The Awakening, you eventually wake up to find yourself in Mahoroba Village ten years later only to be informed that new issues and concerns are at hand. Don’t fret newcomers as the Toukiden universe is presented in a very approachable manner and, if anything, you have an encyclopaedia at your disposal so you won’t have issues jumping in if you haven’t played the previous games. Regardless, the story definitely continues its love of historical Japan, Oni slaying, and spiritualism, but cleverly links them as well as new and unique concepts together making it engaging and enjoyable.

“Toukiden 2 is packed with new concepts, battle mechanics, an open-world and an evolved application of previously existing elements that both fans and newcomers to the franchise will be spoiled with and enjoy.”

Overall gameplay for the Toukiden games is known to follow closely to that of the Monster Hunter franchise of duking it out with large-scale enemies and crafting equipment all while completing tasks. In this instalment, gameplay has been improved to allow more freedom and variability from its previous games. While you still have your fixed missions where you get teleported directly to the map to complete your assigned task, you now also have the freedom to explore an open-world environment. This is, without a doubt, a feature that I appreciate and fool around in the most as it’s exactly what this game needed. Directly from the hub-like Mahoroba Village, you can walk through its gate straight into the vast open-world of Toukiden 2. You’ll discover quests, fight various types of Oni, engage in joint-operations with another slayer (either NPCs or doppelgangers of real players), leave unwanted items for other slayers to find, or simply collect materials for crafting. You can complete both story and side quest-related tasks in either the fixed mission or open-world areas with characters you choose to bring along, are assigned to you, or that you find along the way.

Aside from the single player portion of the game, there is also online multiplayer where you can venture alongside other fellow slayers in a created lobby to complete missions or just explore. It’s a fun way to collect materials and have more interactive battles as you’re able to communicate with your teammates with a rather efficient chat system full of emoticons, phrases, and stickers. Like Toukiden: Kiwami, Toukiden 2 supports cross-play and cross-save between the PS4 and PS Vita. 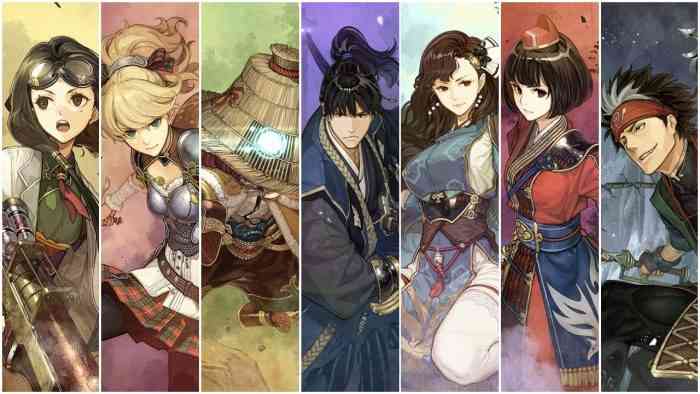 The meat of the game resides within the battles, which has generally stayed the same, but has been tweaked with improvements and new additions for smoother combat and efficiency. The Oni still have specific weak points as well as breakable body parts that can be viewed with the ‘Eye of Truth’. Once the body parts are broken off or a party member has fallen, the ‘Ritual of Purification’ is also still utilized to obtain such body parts and revive party members. While the mitama – souls of heroes from the past that are imbued into a slayers weapon/armor – return from the previous games, they play a larger role in not only the story and quests, but can change and effect battles on a much larger scale. Having boosts, abilities, skills, and combination bonuses if the group of mitama equipped have a related lore, not only are the mitama a source of gameplay prowess, but also an interactive feature for the game. One of the newest features, however, is the Demon Hand where you are able to grapple onto things to propel yourself into the air with or simply destroy them.  This is a great feature as some weapons in the previous game suffered from not being able to effectively reach certain breakable body parts of the Oni to dismember them. Nonetheless, the game doesn’t fall short on the various different gauges to fill during battles. Aside from your health and focus (stamina) gauges, you’ll be keeping your eyes on the weapon gauge for flashy attacks performed by your specific weapon and unity gauge for destroying things with the Demon Hand. Other than that, depending on what weapon you choose to venture out with, you’ll have move sets and fighting styles unique to that specific weapon.

In terms of the various features offered in Toukiden 2 the hub-like Mahoroba Village will serve to be a place for all the creative and customizable elements. Whether its weapon/armor creating or material synthesizing/gathering there are an abundant of ways to approach and alter them shaping it to fit your play style. As you progress farther in the game, you’ll encounter quests when you least expect, discover connections between things you initially didn’t pay much attention to, learn to appreciate or despise certain characters, and ultimately find Toukiden 2 to be quite interactive and constantly offering new features for you to play around with that previous games lacked.

Toukiden 2 is not a game looking to score big with its visuals. It lies in between PS Vita and PS4 graphic quality that still maintain detail, but nothing that will exceed expectations. However, the game runs flawlessly even with the amount of screen movement and action taking place. Animations are fluid and color doesn’t fail to pop or give life to the flashy moves that occur in battles.

Sound wise, Toukiden 2 only includes its original Japanese audio with English subtitles. Unfortunately, certain dialogues that occur between characters when exploring were not translated which would have been nice to read about even if it’s just fluff text. Of course, story-related dialogue is translated, but various unimportant ones were left out.

Toukiden 2 is packed with new concepts, battle mechanics, an open-world and an evolved application of previously existing elements that both fans and newcomers to the franchise will be spoiled with and enjoy. The inclusion of more freedom and variability were needed aspects of it previous titles that this sequel successfully implements. While the visuals are not the biggest selling point of the game, the amusing and action-packed world of the Oni, historical Japan, and use of spiritualism is a breath of fresh air and a worthy alternative to the Monster Hunter genre. 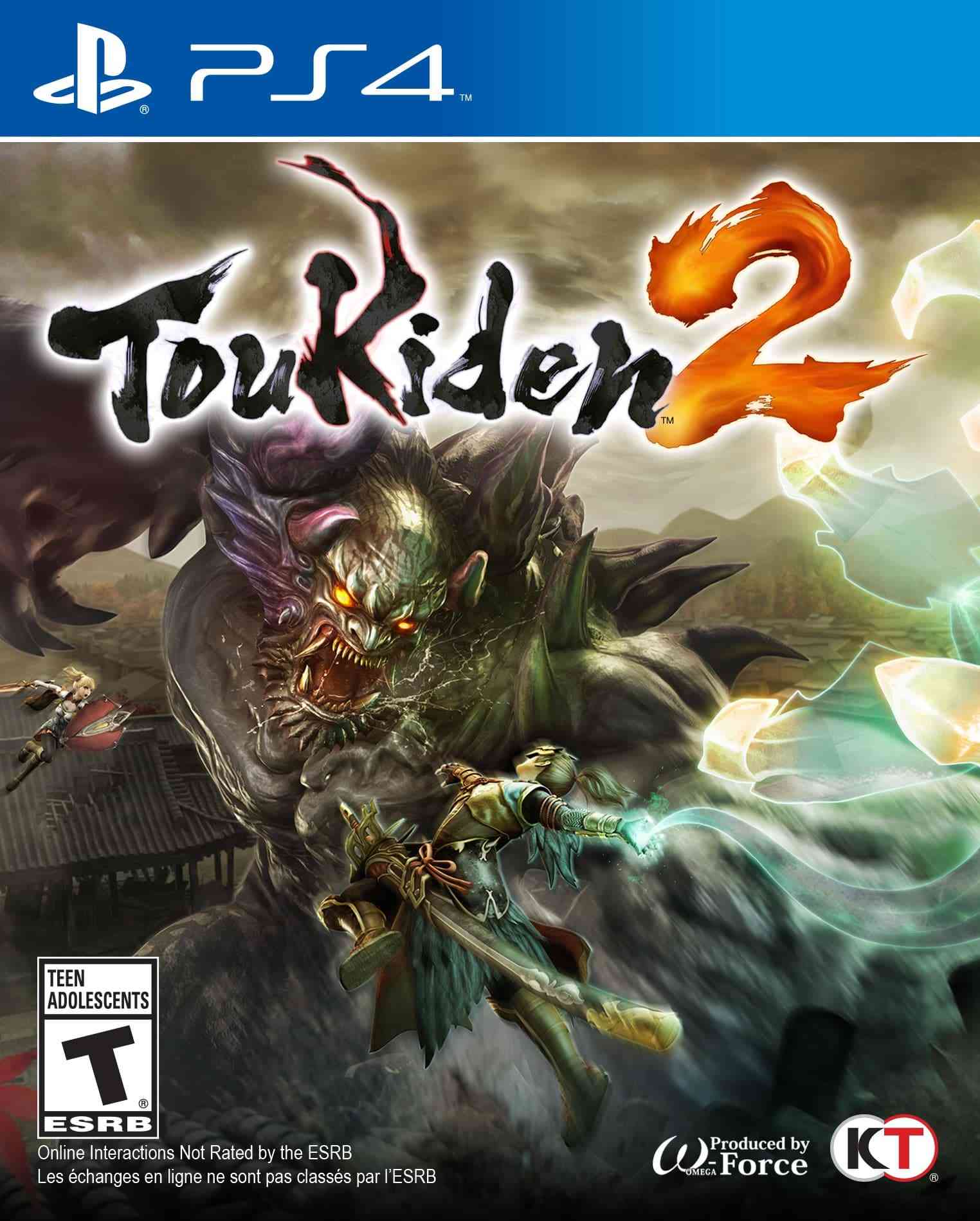