Back in the year 2000, Neversoft (god I miss you) and Activision put out Tony Hawk Pro Skater 2 for the PlayStation, which was eventually ported everywhere, and my love affair with virtual skate boarding was born. Being as tall as I am with a penchant for vertigo, balancing precariously on a piece of wood on wheels was never going to be something I could excel at, so picking up THPS 2 was a gift from the video game gods.

Myself, my best friend and my younger brother would throw every afternoon possible away playing this game. My friend became the grinding ace while I mostly stuck to my air tricks. The soundtrack would blast our eardrums over and over again but never once did we complain. I still listen to more than one group that was on that soundtrack to this day.

From the Christ Air, to the Darkslide, to the Fingerflip Airwalk, hours and hours and hours was poured into THPS 2 by the three of us as we toiled to master this incredible game. Even now, when I think back on it, I don’t know if I’ve ever enjoyed a game in a group setting since that one. The only other games that even rival it are Goldeneye and Mario Kart, staples of the couch co-ops. But there was something special about the second in the series that captured my heart.

When the third one rolled out, there was still a lot to love as it was still a pretty great game. Maybe not AS great, but still, pretty awesome. The third iteration, sadly, was the beginning of the end of the once great franchise that is Tony Hawk Pro Skater.

As misleading as the previous paragraphs may be, this is actually a review for Tony Hawk Pro Skater 5. Activision looked to roll out a new version of the game for today’s console players that could recapture all the glory that the franchise had 15 years ago. Instead of writing out a new review for this game, I almost feel like simply copying and pasting a review for THPS 2 and wistfully think about the game I loved… But, since a review of the actual game is why we’re all here, here we go!

“The gameplay itself is hilariously buggy.”

There is literally no difference between THPS 2 and 5. I could stop right there and you would get the point, but allow me to back my claim up. I ran through the tutorial when I first started the game up as it had been at least a decade since I had virtually skated any parks and was surprised to find that the controls hadn’t changed. I don’t mean they emulated a pretty close facsimile of the controls, I mean they’re exactly the same.

So, I dove right into the game and tackled the first park. There are the usual collectables around to grab – SKATE, COMBO, a DVD and a VHS as well missions to do that test you on your skills. As you complete the missions, you level up and gain skill points that you can apply to your skater to make them better in every facet. When you complete enough missions, the next park and/or skater unlocks. 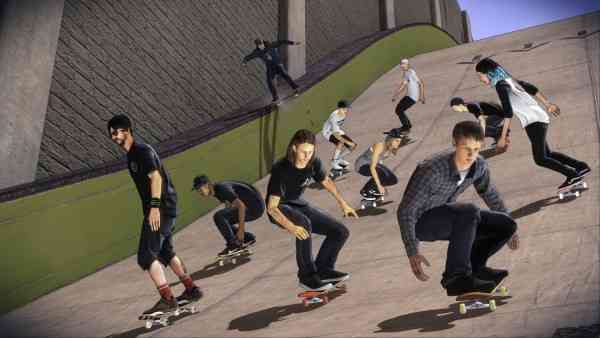 Each park begins as an online ‘free skate’ where you can board around, practice your tricks and what not with whomever else may be online. From there you can choose the missions you want to play and many of them give you the option to play on your own or in a co-op.

So, here’s the thing – a lot of this doesn’t work. The co-op aspect of the missions never once was an option for me nor was I ever told how to do that. In the freeskate mode, you could either skate with the other people online or you could do missions. Because the missions would never work for me if there were other people in the ‘lobby’. The online mode? Never once connected. I at least held out hope about the customize skater mode. Only to find out that you could only use the basic skills of the skaters already on the games roster and then change their bodies with the unlockables. Until I actually did it and I showed up in the park in a completely different body and found two other people in the exact same outfit that I could only assume had the same thing happen to them. 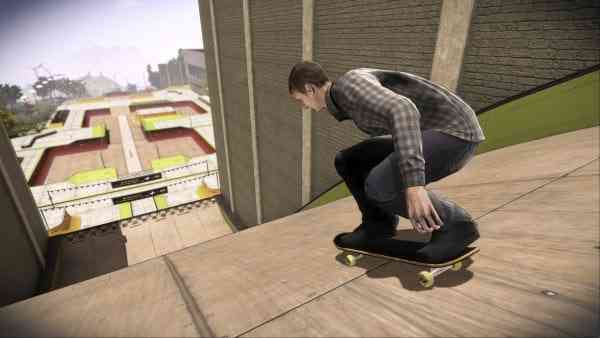 The gameplay itself is hilariously buggy. There was no discernible difference between my ‘sloppy’ landings and my ‘perfect’ ones, except for the thousands of points I wouldn’t receive. I couldn’t tell you how many times I would hit the lip of half pipe and have my board disappear into the half pipe itself or a kickflip that would go awry and rocket me into a wall where I would remain stuck.

The parks themselves aren’t really any fun either. The missions are pretty lacklustre as well as many of them needing your skater to have heightened stats to earn a top score, but you can’t upgrade your skater until you earn a top score. Additionally, if you do screw up one of the missions and no you won’t be able to get a better score than you already have, better find something to do to run out the clock cause there’s no way to restart them.

“There should be dramatic changes in the gameplay, in the challenge, in everything!”

The Park Create works fairly well, if you’re interested in the exact same Park Create as there was 15 years ago. The options are pretty much, if not exactly, the same as they used to be and it’s equally as tedious. Speaking of being the same as 15 years ago, I didn’t think it was possible to produce a game that hadn’t improved on graphics since its prequels, but they managed to pull it off here. Maybe they’re a little sharper, but is that a distinction I should be making with this much time between games? I didn’t even get any solace out of the soundtrack! After 25 minutes, I put it on mute and played my songs as everything the game played was atrocious.

In summary, Tony Hawk Pro Skater 5 is pretty much a poorly done remake of THPS 2. In the year 2000, this game was innovative, fun and an absolute delight to play. But this is 2015. There should be dramatic changes in the gameplay, in the challenge, in everything! To replicate a game that is older than my nephew and to have it come out on a new generation console with bugs? I’m kind of surprised someone actually even took credit for this game.

• Very nostalgic
• Easy to pick up

• No improvements
• Buggy
• Lacks anything of merit 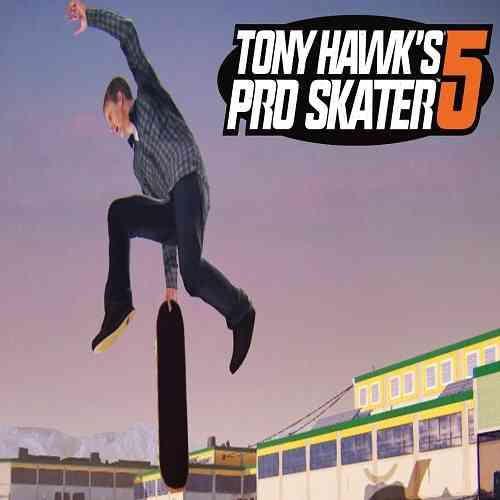 
How Long Does It Take To Skate Through OlliOlli World?