Thea: The Awakening is a game developed and produced by MuHA Games whose team consists of individuals that have worked on games like The Witcher 3: The Wild Hunt and GRID 2. With a team of talented individuals, I was intrigued by what this game would offer given that it’s a game very different from the likes of what some of the dev-team worked on before. So I put my strategic thinking cap on and was ready to enter the world of Thea. The game has a boatload of details pertaining to the story for you to read about, but it also gives you an option to skip over all the fluff allowing you to focus strictly on gameplay. Nonetheless, the basic gist of the story is that after a hundred or so years of “The Darkness” that was cast over the world of Thea, a ray of light makes its way through. As you take the role of a god or goddess, you guide your group of survivors through the various obstacles scattered in Thea to save mankind. As the story, eerie creatures, and divine gods and goddesses are all based, and revolve, around Slavic mythology, it’s quite entertaining and actually fits extremely well to how the game is structured.

In terms of gameplay, Thea: The Awakening is a handful of things; for one, it has hexagonal turn-based exploration and resource management systems parallel to the Civilization series. It also has a unique card game system to emulate “fights” utilizing different skills, and even allows you to customize your characters amongst other things. So to say that Thea: The Awakening is just one certain genre, is the same as focusing on only a single aspect of the game. It’s the entire package Thea: The Awakening offers that makes it shine and truly one of a kind.

“With such a high replay value, it’ll keep you entertained and busy for much more than you would expect.”

As you explore Thea to find fuel, food, or even complete tasks you’ve been given, you’ll have to manage how your group will be split up into expeditions, who will gather resources, fight enemies, and so on. As challenges can be done through different skills such as social, tactic, physical, etc., it’s up to you how you want to organize your expeditions. Just know that if you encounter a social fight and have no characters with social skills, you’ll be in grave trouble.

Challenges, as mentioned above, are governed by the skills that are being utilized. There’s a whole range of skills that can be employed, but no matter which is chosen for the challenge, every challenge has a basic interface to them. It’s all done through cards with each card representing a character in your party and an enemy on the opposing party. Each party’s cards are split into two, with one half in the offensive side and the other in the tactical side. As their names entail, the offensive side is responsible for doing the actual damage while the tactical side is responsible for buffing and countering. As the card minigames are quite intricate and really of its own kind, it may take time to get used to. If you just can’t stand it though, you can always choose to let challenges auto resolve so you don’t need to do the dirty work.You can check out the video below to have a more in-depth look at the card minigame:

The biggest surprise in the game, however, is just how customizable things are. This is aside from the customization of consumption of resources, buildings to construct, and other basic options. I’m referring to being able to customize what armour, weapon, and accessories each villager wears. Each villager also has their own unique portrait, name, class, special attributes, and skills. It’s exceptionally detailed and shifting your focus to making sure everyone is well equipped can, without a doubt, keep you occupied. To top it off, based on which god or goddess you choose when you start the game, you’ll have different bonuses and buffs throughout the game.

It’s also important to mention how exceptionally organized the layout is. It really aids in smoothly switching between things in-game with all the various things to maintain, atop the learning curve most will need to overcome. Also, given that the game utilizes a random counter for things like events, encounters, new villagers, and child growth, it gives a high replay value and also allows everyone’s experience with the game to be different as there is so much variability. Graphically, the art style is what first caught my eye about the game. It has an ethereal water painted-like style that makes it feel like you’re looking through a storybook. It makes elven life and the gods come to life so beautifully, but creatures who linger in the darkness so eerily.

Unfortunately, I did run into some minor bugs/glitches as I played through the game. While not severely affecting my gameplay, it did add more of a challenge playing through certain parts of the game. For example, cards sometimes would not reshuffle in challenges, or occasionally when trying to auto resolve challenges the game would crash. Nonetheless, I’m sure these issues will be resolved soon.

Slavic mythology, card minigames, and hexagonal turn-based strategic gameplay are just the beginnings to what Thea: The Awakening has to offer. With such a high replay value, it’ll keep you entertained and busy for much more than you would expect. It definitely packs a big punch for an ‘under the radar’ game, and should definitely be on the wishlists of those who fancy strategy, resource management-based games. 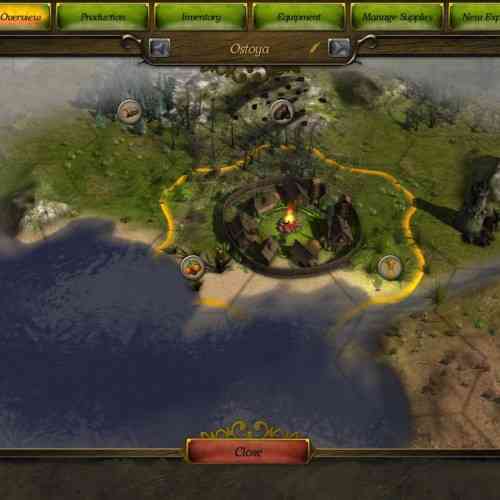 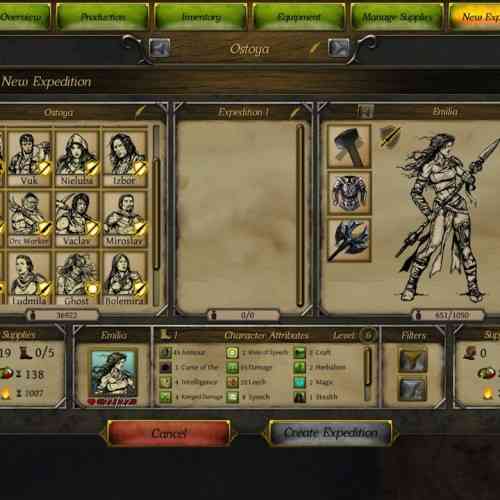 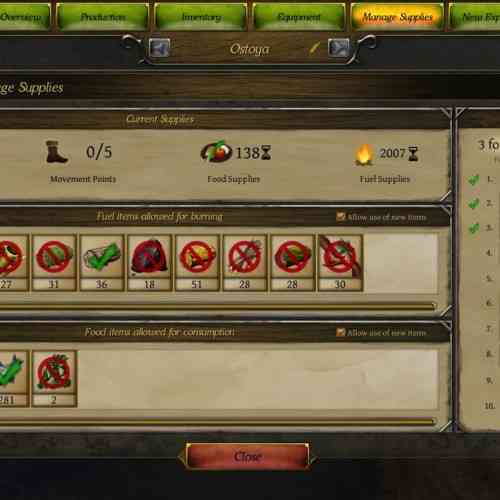 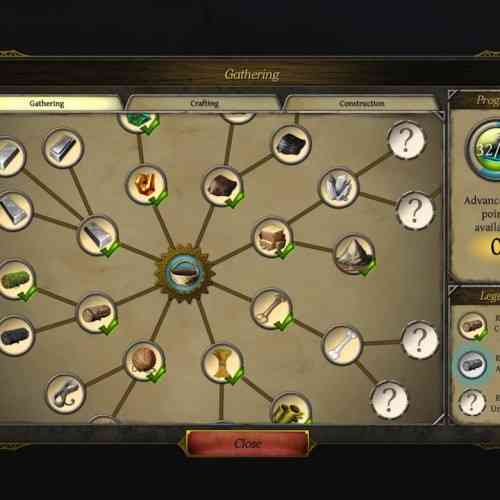 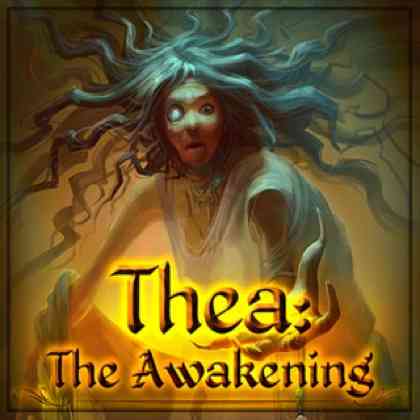 Send out Positive Vibes with Kind Words Now on Steam

Binding of Isaac Prequel, The Legend of Bum-Bo Release Date
Next Primal Carnage: Extinction Review – Some Things Belong Extinct
Previous Star Wars Battlefront Review – The Force Is Strong-ish With This One