Star Wars is a media juggernaut, covering every conceivable product category and target age group. The exception to that, oddly, has typically been video games. Sure, there are standouts like Knight of the Old Republic, but most Star Wars games are weak fluff with a well-known brand prominently plastered on the label. 2015 sees the arrival of (the new) Star Wars Battlefront – an online shooter designed to help wannabe Jedis live out their fantasies. Is Battlefront the ultimate power in the universe? Or should you head in to Tosche Station to pick up some power converters instead?

I find your lack of faith disturbing

Star Wars Battlefront is not without precedent; the previous series of games of the same name are highly regarded to this day in terms of squad-based shooters. They brought enormous scale and flexibility to platforms that had no business being so capable, and have left some Wookiee sized shoes for Dice to try and fill. But, fear is the path to the dark side – did Dice succeed and bring balance to the force?

First things first. The Force is with Battlefront’s presentation. The PS4 version is locked in at 60 frames per second, and looks alarmingly, disgustingly gorgeous at all times. Characters look and animate incredibly well, right down to Darth Vader’s imposing gait and the Emperor’s likeness (should you be foolish enough to get that close to either). Environments look equally stunning; with fantastic texture work and foliage that is borderline photorealistic. As you’d expect, attention to detail is excellent in every facet of the game – it’s more polished than Queen Amidala’s ship in The Phantom Menace. Sound design is spot on too. The original score is middling, but when the classic John Williams pieces cut in, the epic dial goes directly to 11. More often though, I found myself most enthralled by the effects. Familiar sounds like blasters and TIE fighters are straight from the films, but custom effects also fit perfectly into the lore and style of the universe – particular kudos on the Thermal Imploder, which sounds a lot like the Seismic Charges from Attack of the Clones (AKA the coolest sound I’ve ever heard. Ever).

Built on the Battlefield engine, Battlefront feels pretty much like those games. Movement is slow, but sprint is unlimited in a galaxy far far away for ease of travel. A 3rd person view is optional for traditionalists, but the game is far easier to handle from the 1st person perspective. The gunplay feels great – super responsive and satisfying, even if most firefights boil down to who pulled the trigger microseconds earlier. Battles do feel suitably epic though, especially in the modes with larger player counts.

Speaking of modes, Battlefront has 9 of them. Some have direct analogs in other games – Blast is Team Deathmatch, Cargo is Capture the Flag – while others are more unique and interesting. Walker Assault is the poster child for the game, and is an asymmetrical offence vs. defense game type. It’s been balanced since the beta (thank the maker), so the Rebels have a fighting chance at least. The spectacle of the mode is second to none. Moments that made my inner fanboy squeal with delight were frequent (and usually got me killed). When TIE Fighters and Snowspeeders start whizzing around while Han Solo and Boba Fett have a blaster duel, the fan service in Battlefront is off the charts. Equally entertaining is Supremacy, a sequential point control game that does well to capture the massive battles Star Wars is known for. Vehicles – which are accessed via pickups on the map rather than through kill streaks – play an important role here, and can turn the tide of battle in the right hands. Behind the wheel(?) of an AT-ST one feels like an absolute boss, laying waste to entire squads of enemies and clearing a path for Stormtroopers. The same is true when spawning as any one of the 6 heroes (Luke, Leia, and Han for the Rebels, Darth Vader, Boba Fett, and the Emperor for the Empire) can turn the battle around in seconds.

The hero specific modes – Hero Hunt and Heroes vs. Villains – are the best way to experience those characters. The mode feels balanced when it ought not to, and playing as regular soldiers is still fun in a way you wouldn’t expect. Both heroes and soldiers need to work together to win in these modes, and a reckless charge by a hero or a bad flanking attempt by a soldier can result in defeat. A pleasant surprise when these modes could have just been total domination by hero characters.

What I’m saying is that Battlefront is incredibly fun, for a while.

Progression and character development are expected components of shooters in 2015. Modifying guns and customizing characters and loadouts are what drive players to stick with successful titles. Sadly, Battlefront is severely lacking in this department. As you level you’ll unlock 11 weapons in all, but they’re all blasters, and they all kind of feel the same. Certainly there are a couple of exceptions, but by and large a blaster is a blaster, and once I found a partner I stuck with it. And forget about unlocking scopes or other weapon modifiers – again, blasters are blasters. The new Battlefront has changed some things from previous entries. Classes are gone, for one. In their place (in 2015, the year of the card) is a card system, which places secondary abilities like Thermal Detonators and the Wookiee Bowcaster on a cooldown timer. Right off the bat, this breaks immersion for me. Star Wars has never been a universe of stuff appearing out of thin air, and having one shot specials materialize on a timer seems downright wrong.

In similar fashion to weapons, cards and characters are unlocked with level progression, but you’ll have everything unlocked within a few hours and I found myself struggling for reasons to want to progress. It’s a tough feeling to describe, but feeling like there’s nothing left to discover beyond about 10 hours was frustrating. The core gameplay is undoubtedly solid, but I wanted more, and would feel shortchanged if I’d paid full price.

“The core gameplay is undoubtedly solid, but I wanted more.”

The environments – stunning as they are – become repetitive rapidly. There are 4 planets in the base game: Hoth, Tatooine, Sullast, and the Forest Moon of Endor. There are several maps on each planet (and 13 total), but typically only 1 or 2 from each for a specific game type. I like the maps a lot, but most of the smaller maps are just closed off sections of the full maps utilized in Walker Assault and Supremacy. I appreciate what’s here, and think the designs are generally very good, but there ought to be more variety in a full price product.

**EA announced on November 24 that a fifth planet – Jakku – will be released as free DLC on December 1. This is a good sign, and bodes well for the game’s legs.**

Star Wars Battlefront feels thin. With a whole universe of material at their disposal, it seems like Dice were too conservative in focus. The prequel trilogy (cringe worthy though it may be) isn’t represented at all here – their worlds and characters could have filled out the content ladder substantially. The lack of classes or other character customization is also disappointing. How about the option to play as a weak Jedi or Sith instead of a cannon fodder soldier? The game types could easily be tuned to allow a certain number of each in a match, and offer the option to those interested. More customizable weapons and characters would also substantially extend the lifespan of level progression.

The roster of heroes and vehicles is also disappointing, lacking several big names like Chewbacca and Obi-Wan that could have provided more variety in a game that becomes routine after about 10 hours. I also have to address the Rancor in the room – the $50 Battlefront season pass. The DLC promises new locations, cards, heroes, and modes, but the price is steep. These passes are expected these days, but at double the usual asking price in a game already lacking content I have to raise at least one eyebrow.

So should you play Battlefront? It’s an extremely polished and tight shooter that offers an unparalleled experience in the Star Wars universe. For 10 hours, you’ll be thrilled. Beyond that, you’re going to run out of things to do. But those 10 hours are a blast. I’m going in circles. Battlefront is a great experience that there just isn’t enough of to A) justify the price and B) give the experience staying power. Casual shooter fans will probably be delighted, but seasoned Stormtroopers will probably be left wanting more. Which side do you fall on? Search your feelings.

*** Reviewed on PS4 with a Publisher provided code *** 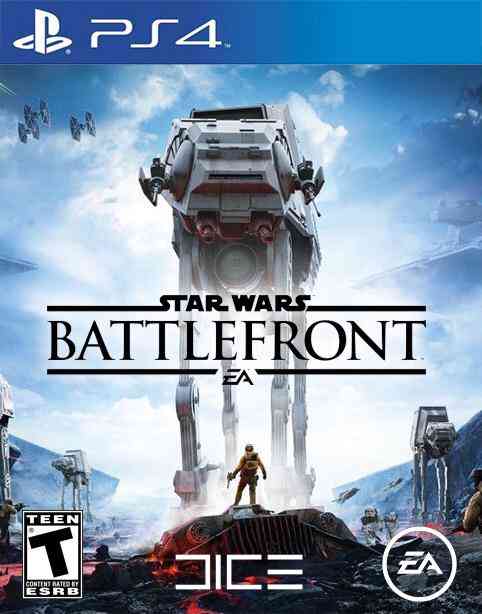