I can’t think of a recent game that left me more confused after I completed the tutorial than The Tomorrow Children. Everything had gone swimmingly up until that point, as I had gone over the basics of mining and crafting, but then I was left off to explore the mysterious void without any real instruction. After running around a Soviet-themed town for a few minutes, I eventually hopped on a transport car and was dropped off at a mysterious island filled with strange geometry.

Naturally, I used the skills I had just learned and started making rubble out of the gorgeous terrain that was in front of me. To my surprise, I found not precious metals (of which I’m supposed to collect for the Motherland) but dangerous enemies within the cave I had stumbled upon. I had no real weapons to use, so I ended up getting attacked by about a dozen small creatures and died. It was a rough introduction.

“It’s very much a game about resources as players work together to make a town prosper by collecting wood, ore and other valuables.”

After about an hour or so of experimentation, I began to understand a bit more about how The Tomorrow Children was structured. It’s very much a game about resources as players work together to make a town prosper by collecting wood, ore and other valuables. Since it takes place in the mysterious Void, a strange world that will engulf the player if they stand away from a town for too long, players need to find ways to transport themselves to islands around the open-world. 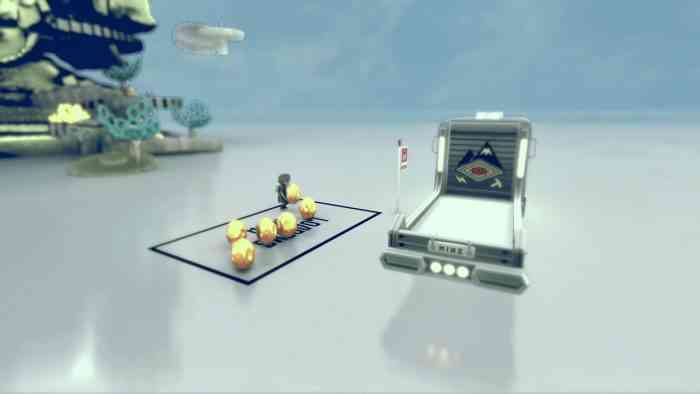 This can be done in one of two ways: players can either craft a vehicle (such as a car or a jetpack) or they can ride the public transportation system that regularly speeds by. Either way, they’ll have to continually take treks out into the dangerous Void in order to make their town great again.

It’s a repetitive cycle, but also one that is pretty satisfying. I was able to create different buildings for my town, from vending machines to purely aesthetic choices, and I really wanted to make what I was building (alongside dozens of other players online) something special. Sadly, the crafting is also where I ran into the big elephant in the room: microtransactions.

“That’s when the game tempts the player to spend some money in order to skip it. Gross.”

Not only does the player need to have the required materials to craft a new weapon or monument, they also have to solve a puzzle to do so. These wooden slider puzzles are very difficult (for me, at least), and I found myself stuck on them pretty often. That’s when the game tempts the player to spend some money in order to skip it. Gross. 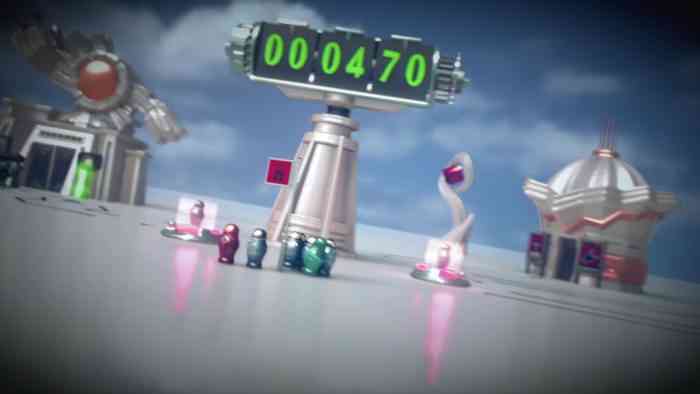 Since the review copy I was playing came with some digital currency, I ended up spending some of that money. Even though it didn’t cost me anything, it still felt dirty. The Tomorrow Children also ends up seemingly satirizing free-to-play mechanics as well by forcing players to wait in long lines (single order only!) and by constantly asking players if they wanted to buy a license to be able to do more things instead of having to earn it.

“It’s all one long microtransaction process of repeating the same steps that goes with the theme, but eerily so.”

It seems around every corner, I was being asked for money. I could probably overlook this if the entire game didn’t seem to mock working towards the greater good, and if all of the hard work in a city wasn’t so temporary. After a while, a town reaches a state of completion and players are told to move on to a different town. It’s all one long microtransaction process of repeating the same steps that goes with the theme, but eerily so. 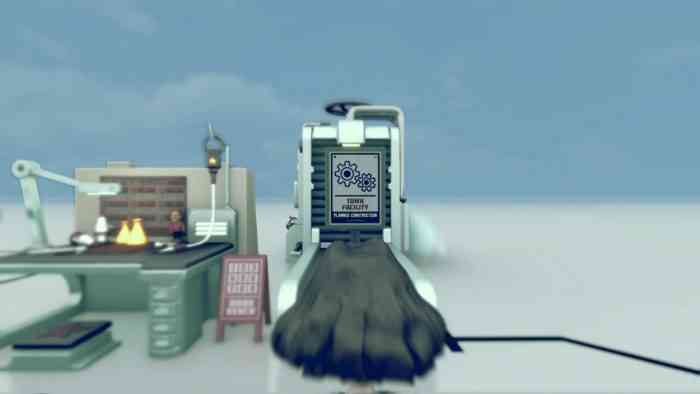 The more I think about how everything is setup, the more I am repulsed by it. That said, there is a certain allure to everything. The world is so wonderfully weird, as there are turrets to man while giant Godzilla-like monsters occasionally rampage your town, and The Tomorrow Children is just gorgeous to look at. Because of this strangeness, I kept finding myself wanting to go back to it no matter how repetitive the gameplay was, or how disappointed I was by the economy.

It seems like The Tomorrow Children has a message that goes against modern free-to-play systems and massive microtransactions, but it’s also absolutely filled with what it’s attempting to make a point upon. It sends a weird mixed message that constantly made me feel terrible for indulging on any purchases, and yet I also wanted to keep coming back. It’s a very contradictory product that grossed me out as much as I was impressed. It’s a strange game that I recommend dabbling around in, but one that also ends up being its own worst enemy. 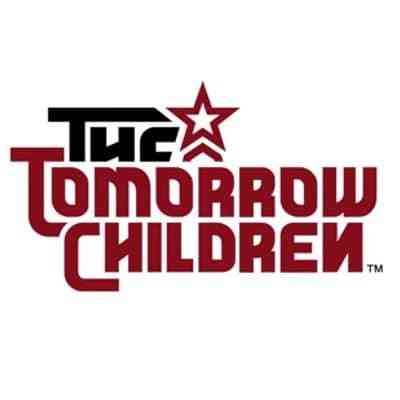 
The Tomorrow Children: Phoenix Edition Returns To PlayStation This Year

The Tomorrow Children Revival Will Not Be Free-To-Play

The Tomorrow Children May Be Coming Back to Life

Patapon 2 Remastered Review – Pon, Pon, Pata Pon
Next Dragon Quest VII: Fragments of The Forgotten Past Review – A Blast From The Past
Previous Event[0] Review – Innovative, Odd and Remarkably Engrossing