With the astounding success of the original Star Wars trilogy from 1977, kids and adults everywhere dreamt of days of their very own adventures in a galaxy far far away. While I’m one of the few that isn’t a huge fan of the movies (I only just watched the first two trilogies and then The Force Awakens much to my despair) I can understand the appreciation and amount of love (and hate) that the series has received. But despite the franchises’ popularity, it still came as a bit of a surprise when EA suddenly announced during Gamescom 2020 that they would be bringing us a Star Wars DLC pack – The Sims 4 Star Wars: Journey to Batuu.

Journey to Batuu takes you to the remote frontier planet of Batuu from Galaxy’s Edge, the massive 14-acre theme park located at Disneyland and Disney World. Once you’ve installed your expansion, you visit our new vacation spot from your cell phone which will instantly take you to Blackspire Outpost. From here you’ll be given a series of a few simple tasks and after some quick decision making, you’ll find yourself enlisting with the First Order, taking back the galaxy with the Rebellion or turning to the life of a Scoundrel. 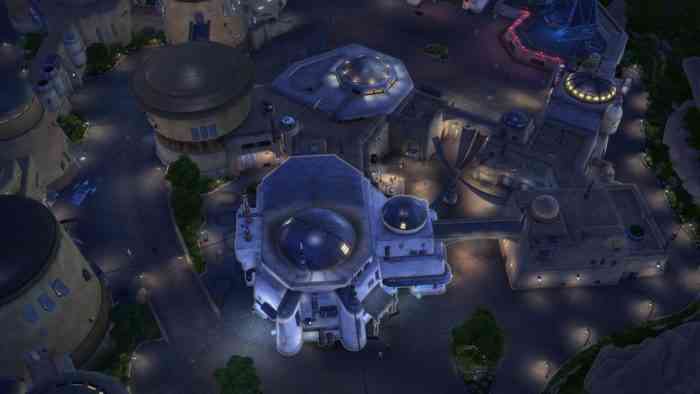 With my newly made character in tow, we headed off to a different galaxy to see what shenanigans we can get into. When you land in Blackspire Outpost, I was immediately impressed with the detail in this area and truly felt as if I had ventured into the world of Star Wars itself.  But after a quick few excursions throughout the available areas, you’ll find that the many buildings that make up Batuu are just as empty as the impressive new town that was brought to us in Eco-Lifestyle, but with a tad few more options.

Down The Rabbit Hole

Focusing on Blackspire Outpost, you’ll be able to enter Oga’s Cantina, which is beautifully done by the way, which comes equipped with its own robotic DJ and is the place for everyone to eat, drink, gamble and dance. But beyond this, the only other places our Sims can go to is essentially a rabbit hole. Whether you want to eat food at Ronto’s or District 9, or if you’re wanting to freshen up (showering and relieving your bladder) or sleep, you can click on these buildings to perform your needed action. But unlike Oga’s Cantina, your Sim disappears for a minute or so, leaving the players to wonder what the interior of these places looks like. So unlike Eco-Lifestyle’s phantom buildings, there are more options for us here but it still leaves much to be desired. 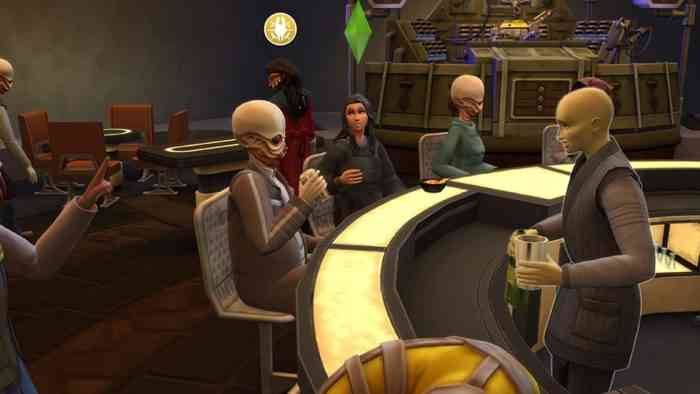 But with the empty buildings, there is still much to do with our Sims. When you’re choosing and deciding which faction you’d like to join, you’ll be given a list of tasks and once completed, will provide you with some Batuu currency and gain your favor with the Resistance, the First Order, or the Scoundrels. Some of these missions will include piloting our much-loved space crafts such as the T-70 X-Wing, the Millenium Falcon or the TIE Echelon for those who join the First Order. When going on missions that include these vehicles, your journey plays out basically like it’s own choose your own adventure game, having you choose a couple of different options to advance your patrol before returning back to your respective encampment. Eventually, we’ll be able to create our own custom lightsabers and not to mention creating our own fully interactive droids, whether you want to go with the classic R2D2 or BB8 models. I think one of my favourite things in this game pack was being able to have my robot buddy cutely follow me around, have it play the radio for me or using it to distract the First Order while I loot their various lockboxes.

At Least Load Times Are Quick

With having to do so many missions, you’ll often find yourself zipping in between the three (If you didn’t go the First Order route) areas accessible to us on Batuu. Often times you’ll find that you’ll need to retrieve something from the First Order encampment to then have to find information from a scoundrel at Oga’s Cantina at Blackspire Post to then finally reporting back to someone in the Resistance camp. Because of all of the zipping around, you’ll be stuck at watching a lot of load screens that gets kind of old after a bit. The one saving grace is that the load times are usually pretty quick, at least.

In Create-A-Sim mode, I was a bit disappointed to see that there were no new traits but however there were two new aspirations. Unfortunately the new aspirations really only seem to affect and only makes sense when you’re going on your journey to Batuu and won’t be particularly useful outside of it. The new hairstyles we have are decent but I had hoped for a bit more options and different styles. The new clothing, makeup, mask and headwear options we have, however, I was really digging. Obviously inspired by Star Wars, I loved that many of the items could be layered and were different tops and bottoms meaning that I could customize my Star Wars themed outfit with throwing in a bit of my own flair in the mix. Unfortunately, that was kind of thrown out of the window as when you’re on Batuu you do have to wear the native clothing with no options of using clothing or accessories outside of the pack which was a bit of a bummer for me. 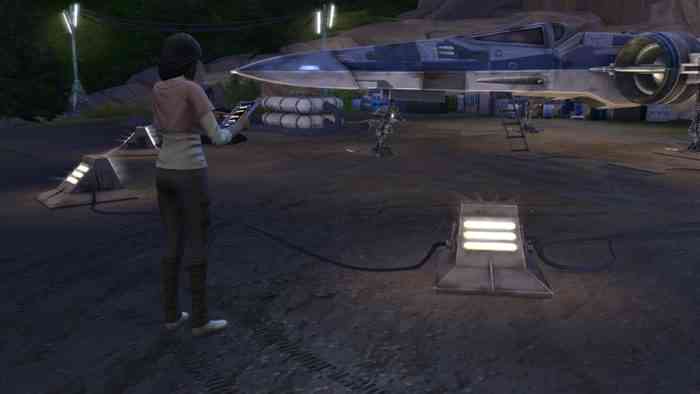 The build items we got were also impressive and very quite nice but so obviously Star Wars-themed that I’m not sure if I would use them in any of my builds or current existing lots. Since building homes in The Sims is such an important aspect of the game, it’s a bit disappointing to see that the items wouldn’t work in a modern home setting unless you dedicated your entire home, or a room, with Star Wars items. However, if you wanted to make a cool industrial-themed restaurant, this would certainly work out for you. 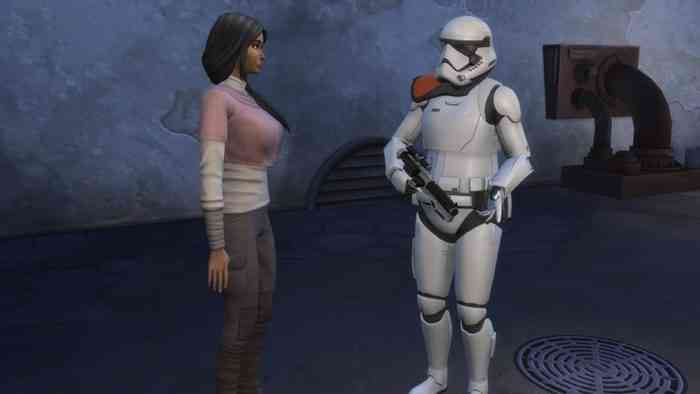 While the planet of Batuu is visually pleasing, I found myself getting bored after the first few hours. Journey to Batuu can be a little a hit and miss depending on what kind of Sims fan you are. It’s a fun experience for the first bit, but if you’re someone who focuses’ more on builds than completing missions, this may not be the right pack for you. For Star Wars fans, I’m sure you would have a much better appreciation for this DLC pack than I did as it’ll likely scratch that tiny itch you may have for more Star Wars content.

*** PC code provided by the publisher*** 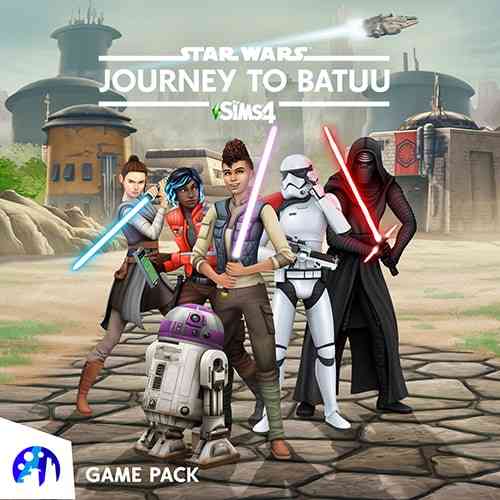