Necromunda: Underhive Wars, from Rogue Factor, is a translation of a table-top strategy board game into a video game format. It’s another of the many games based on the Warhammer franchise, and it has some intriguing aspects that make it worth a look, even if you aren’t a die-hard Warhammer fan. Ultimately, though, it falls short of greatness due to its overall lack of polish.

This is a turn-based strategy game, but not quite in the way you’d expect if you have played games like XCOM, The Banner Saga or Wasteland. In Necromunda: Underhive Wars, there are a few differences: firstly, your point of view is not an isometric, overhead view but a ground-level third person view. That is crucial, because it forces you to see the environment from the limited point of view of the person you’re controlling. It feels a bit awkward compared to what I am used to, but I’ll admit after playing that it’s a nice extra strategic consideration that adds challenge to each battle.

Secondly, Necromunda: Underhive Wars’ battle arenas have multiple levels, which you must move between in-battle using stairs, elevators or even zip-lines. If a typical TBS game is chess, then this is 3D chess. You have to account for movement between levels in attacking but also in defending against enemy moves. That is not only a nice nod the game’s table-top origins, but throws in a fresh set of new wrinkles to the genre’s usual tropes. 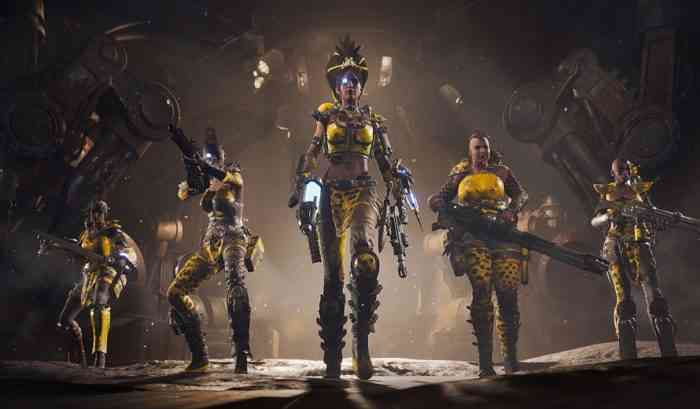 In battle, you control multiple characters against multiple enemies, like usual, and spend action points between movement and combat. Unlike some games, there aren’t grids that limit your directional movement – instead, you have a glowing ring showing the furthest extent you can go in any direction. That does allow for more freedom but it can also feel imprecise and I sometimes wasn’t sure, for example, how far I’d be able to move once I changed levels or got to the top of a stairway. That’s a bit of an issue when it’s so important where you end up and how exposed you are to an enemy’s next attack.

Overall, battles in Necromunda: Underhive Wars are … ok. The basic combat system and the third-person view are good, making me feel more involved in the action than an isometric grid-style arena. However, the battles as a whole don’t feel as fun as they should, because they play out very slowly. Your turns are followed by enemy moves, which you must watch and sometimes they take a while. Also, the large battle arenas, multi-leveled and all, mean you must often move quite a bit before you can attack an enemy. I found that the game required me to get pretty close in order to have a good percentage chance of doing damage, and that meant a lot of turns spent just running to a new position. So, picture both your fighters and the AI enemies all running around fairly slowly and getting into position a lot of the time, and you have the idea of why the combat could be better.

Small Can Be Good

Bigger is usually better, but in this case I would like to have seen smaller, simpler environments that forced direct combat. I am good with having to think about cover and angles when playing a strategic combat game, but I was not a fan of the unnecessary distances involved with Necromunda: Underhive Wars. AI enemy movements also add to the frustration, as they will often move away from you or in an illogical way, which prolonged battles or just irritated me. It’s even worse if the AI is on your team. I also encountered frustrating moments of illogicality, such as a curious inability to use a gun on an enemy when I got close, and being forced to switch to a melee weapon to attack them. Or, I might be standing right behind an enemy, but I was told I still only had a 70-80% chance of hitting them. From my experience, the AI and the combat system still felt that they needed a bit of polishing.

Another thing that needed to be fleshed out more was the Tutorial aspect of the Campaign. Although it does provide a series of 15 set-up battles that let you learn and practice the basics, they aren’t explained well enough. A lot of the learning in Necromunda: Underhive Wars is trial and error. All of the various system and mechanics that are crucial to combat are only partially explained at first, and I found myself having to fend for myself in picking up a lot of the basics. In general, Necromunda: Underhive Wars felt like it needed a bit more work to smooth out the rough edges.

On the plus side, Necromunda: Underhive Wars does have some really nice cinematic cut scenes between the Campaign battles. They’re animated and rendered well, and as with most Warhammer games I’ve played, they use their rich narrative source material well. In the Campaign, you control a gang, Escher, as they battle other “Houses” — Orlock and Goliath are the other two — for power in the Underhive, a massive (and annoyingly dark) system of tunnels and caverns. The characters are well-voiced with cheeky, nihilistic dialogue, although there are some exceptions. I wasn’t enamored with their completely unlikable personalities that made it hard to really care what happened to them — maybe that’s the point; after all, they need to be expendable in battle.

As you complete battles, you can take advantage of a pretty robust customization feature. You use points to improve active and passive skills and character stats like intelligence that might help you in battle, for example with improving your aiming or increasing your range. I liked the ability to make the team I wanted, and then take them into battle again and again in the game’s Multiplayer. If you’re one of those gamers who likes a lot of customization in your games, you’ll like Necromunda: Underhive Wars.

There is a lot to like in Necromunda: Underhive Wars, and there are some fresh ideas that bring a welcome change to the turn-based strategy genre. But those positives are let down by an overall lack of polish and finish. Combat drags on a bit more than it should, and the initial phase of learning the game is pretty frustrating for newcomers, without a whole lot of help from the developers. If you are a fan of the Warhammer universe, and especially if you’ve played the Necromunda tabletop game, you should definitely check it out. Otherwise, you might want to wait a bit for some updates.

**A PS4 game code was provided by the publisher ** 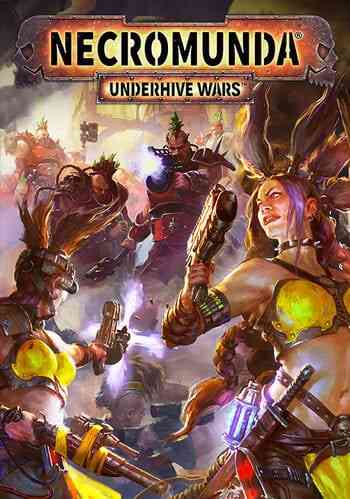 Warhammer 40,000: Mechanicus Lacks Soul & Suffers From Unrelenting Grit
Next The Outer Worlds: Peril on Gorgon Review – A Series of Unfortunately Familiar Events
Previous The Sims 4 Star Wars: Journey to Batuu Review – The DLC Nobody Asked For