Get Ready for War

We’re seeing a marked upswing in video games based on tabletop RPG’s lately. Between Cyberpunk 2077, three separate games based on the Vampire: The Masquerade franchise, and even Magic: the Gathering getting video game adaptations, it’s no surprise that Necromunda is joining the fun. 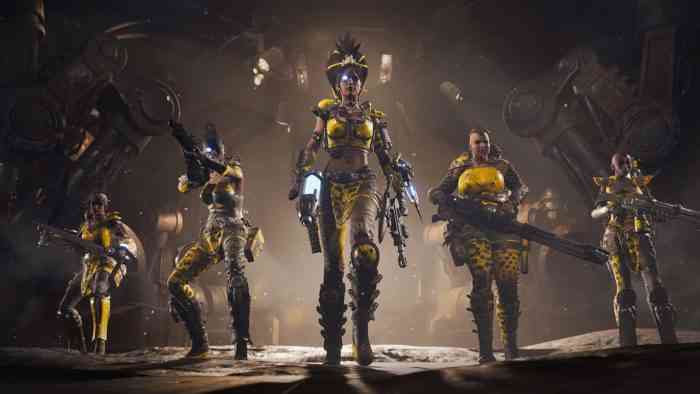 Set in the notoriously dark Warhammer 40,000 universe (For those of you who haven’t heard of it, all you need to know is that it’s basically Event Horizon) Necromunda: Underhive Wars puts you in the middle of a war for resources between House Escher, House Goliath, and House Orlock, as they vie for control of ancient powers and technologies. The fact that it’s a three way war, of course, means that you’ll always be on your toes. If you’re too focused on taking down one opposing house, the other can sneak up behind you and launch an attack you’re not prepared for.

Alongside a massive story campaign the game also comes with an online mode, where you and up to three other players will use your best tactics to take each other down in team-based, 1v1, or free-for-all matches as you battle for dominance. The game also comes with Operations mode, where you’ll have to lead your gang through endless… well, operations.

Developer Focus are calling Necromunda: Underhive Wars a game of choices. You’ll get to pick how to customize your characters, which marauders to hire, which jobs to assign your characters, how you level up, and which stats and passive abilities to focus on. The rich level of customization means that no two players will have the exact same build or experience, so everyone will face unique challenges.

What’s your favorite tabletop RPG? Is Necromunda one of them? Let us know down in the comments or hit us up on Twitter or Facebook.