Fight for the Future

13 Sentinels: Aegis Rim is a bit of an odd game. With thirteen intertwining stories, each featuring a different protagonist experiencing the mysteries that unfold, the game combines side-scrolling adventure segments as you interact with the environment or other characters, and battle sequences where up to six characters work together to fight off kaiju in giant mechs. 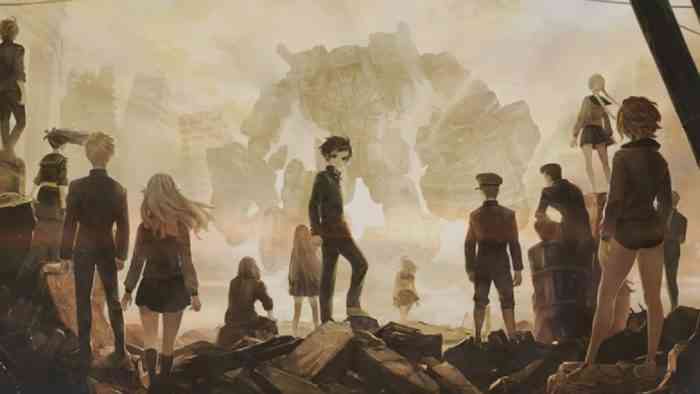 The story is split between the eighties, World War 2, and the future, as each of the playable characters gets drawn into the fantastical adventure, piloting their mechs to do battle against the invading kaiju.

The new trailer is relatively light on the action, giving a deeper focus on the storyline and adventure segments, as we see characters experiencing strange apocalyptic dreams featuring robots – dreams which slowly but surely start to invade their waking lives. The trailer showcases some gorgeous anime-inspired landscapes and character designs while hinting at the adventures to come. Unfortunately the battle system isn’t shown, but can be found on YouTube videos like this one. Unfortunately for non-Japanese speakers this is the first official video that’s been released in English so while other videos will give you an idea on what to expect from the game, you’ll miss the intricacies of the battle system.

Despite everything, it looks like this is going to be an exciting addition to your gameplay collection, and just as ambitious a game as Atlus is known for. While kaiju and giant robots are common tropes in video games, it’s rare to see such a focus given on the human side of the story, and the adventure segments that see you working to uncover the mystery and avert the apocalypse with your guile and investigation skills are bound to be an interesting take on the genre.

Will you be checking out 13 Sentinels: Aegis Rim? Let us know down in the comments, or hit us up on Twitter or Facebook.