If you want the most realistic of flight simulators, you will probably go to Microsoft Flight Simulator. However, if you are a space flight or Star Wars fan, that doesn’t mean you do not want a realistic, immersive experience, too. That is why Star Wars: Squadrons’ creative director Ian Frazier has announced that players will be able to use a flight stick with the game. This is not news for PC owners, but this support will also extend to console gamers. Players on Xbox One and PS4 will be able to bust out a flight stick as well. 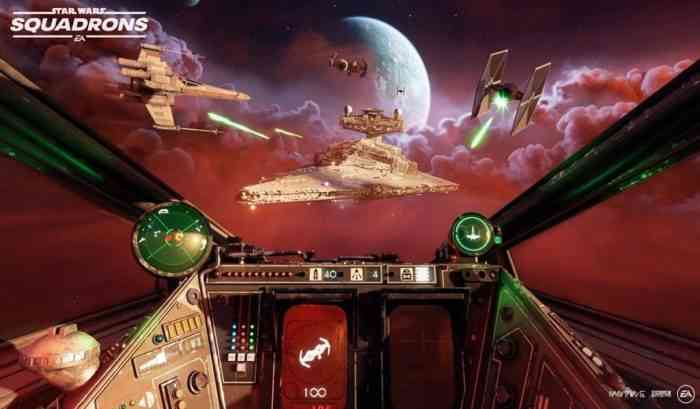 Ian Frazier went on to say in a series of replies that HOTAS (hands on throttle and stick) controls were always the goal, but did not want to announce it until it was certain. It was also more trouble than expected, but the team behind the work made it happen. Now, not everyone has a flight stick laying around, but if this prospect interests you, now might be the time to invest in a good flight stick for future missions.

As you may know, Squadrons supports HOTAS (throttle and joystick) controls on PC.

I’m happy to announce that we’re adding HOTAS support to both PS4 and Xbox One as well, in a patch that will be available the moment the game goes live! 🙂 #StarWarsSquadrons pic.twitter.com/cVbojAUknL

The HOTAS controls also adds to the immersion for PC and PS4 owners who are VR ready. It was not made a big deal at the time, but the gameplay trailer from Gamescom did have VR gameplay capture and PS4 and PC versions of the game will support VR and flight sticks. This might be your best chance to leave this crummy meatspace behind for a superior, digital one with space ships and Jedi. Star Wars: Squadrons will be available on November 2nd for PC, PS4, and Xbox One, complete with flight stick support!

Have you played any games with flight sticks? Let us know in the comments below.