Super Awesome Hyper Dimensional Mega Team aims to brew a delicious concoction with its latest game, The Knight Witch. With elements of Metroidvania, Shmups and Deck-builder thrown into the cauldron, will these ingredients combine to create an enchanting spell?

The world was thriving. With science and technology at the forefront of civilization, life was good. Unfortunately, when resources began to dwindle, friction grew in society. To resolve these issues, the Knight Witches arose. Considered beacons of hope, their aim was to stop the great war. After an epic battle, the surface was left uninhabitable and citizens went underground. After fourteen years of peace, intruders enter the quaint village. As Rayne, you must follow in the footsteps of your idols and stop what could be another catastrophic event. The story is more than simply a premise for the action. You’ll experience the growth of characters as you progress the narrative and make moral decisions. Although plot points intersperse the frantic action to create a comforting pace, these sections can be a little long.

Rayne can fly around the stage and shoot in any direction. Like other twin-stick shooters, your aim is to take down the vast number of enemies on screen while you avoid their projectiles. Areas can quickly fill with bullets and due to the responsive controls, it is a joy to weave in and out of danger. It can get a bit difficult, so to support you with this, The Knight Witch includes an auto-aim feature. The smart implementation means that you can quickly release the right-analog stick for the mode to initiate. This results in increased accessibility, which allows more people to engage. 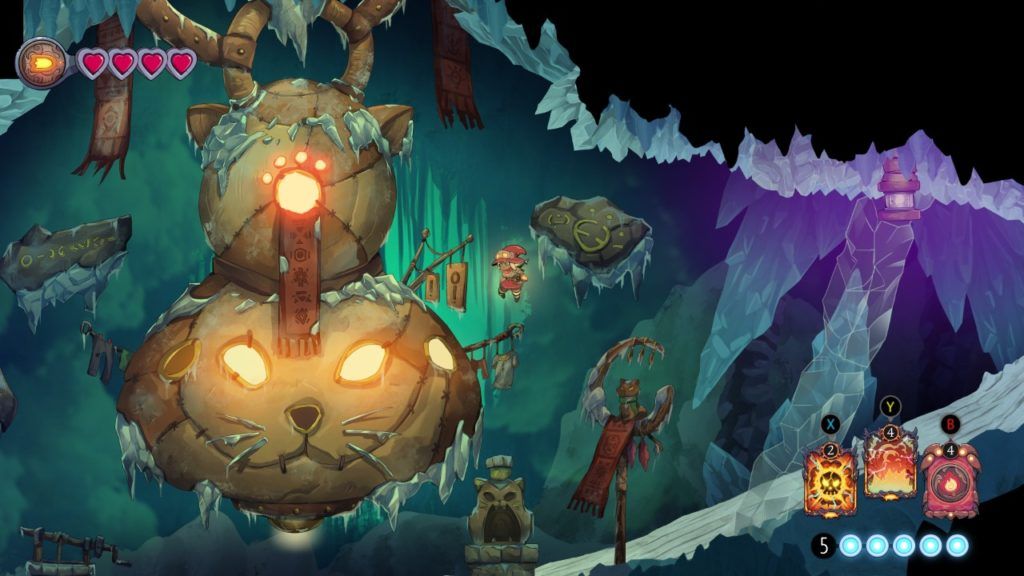 Another layer to combat is deck-building. Enemies drop mana which builds your magical gauge. When full, you can unleash an attack with the press of one of three face buttons. Your powers are tied to cards that appear at the bottom of the screen. After use, it gets replaced with another card from your pre-picked deck. While the inclusion of this may seem odd add first, it works wonderfully and makes encounters an unpredictable thrill.

Bosses crank up the intensity due to their bullet hell sequences. The screen fills with projectiles requiring you to juggle evasive maneuvers and attacks. This means that you will have to time your witch magic and manage your gauge. As certain cards require a particular amount of mana to activate, you will also need to decide on when and which to use to inflict the most damage.

The Knight Witch follows a traditional Metroidvania structure, which encourages exploration. You will often come across rooms with no means of progression. However, as you venture forth, you will unlock abilities that allow you to backtrack and overcome barriers that were previously blocking your path. Some doors require you to solve small puzzles or drift through hazardous areas to proceed. Although the gameplay loop can get repetitive, this adds variety to your journey and rewards exploration.

Rooms often have more than one exit which beckons you to wander down every route. Due to this, you can easily lose track of your objective and be unsure of where to go. Fortunately, The Knight Witch includes a button that will point you in the right direction. This simple navigation tool relieves the stress and frustration of not knowing where to go which plagues many games in the genre. 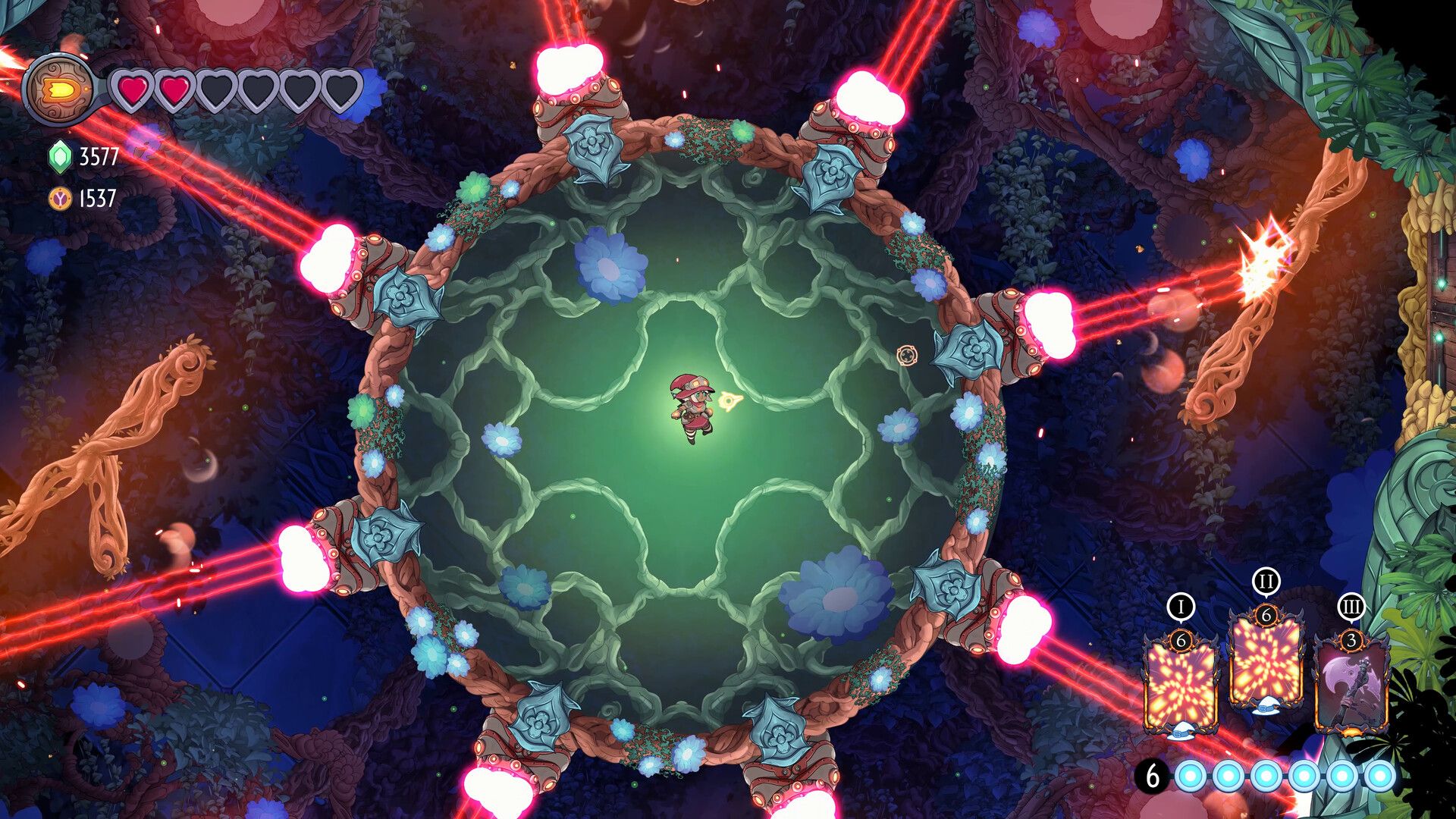 Super Awesome Hyper Dimensional Mega Team’s focus on accessibility is evident. Not only does it include to auto-aim feature but you can also turn on cheats from the menu so that you can simply follow the story. The reason for all the support is because of the difficulty. Each room offers enemy and environmental challenges that require your full attention. Checkpoints can be several rooms away from one another which adds further peril to your quest.

Each backdrop has been exquisitely designed to help establish a universe. Areas vary with new color palettes to give regions a distinct look and feel. The overall design is endearing with characters beaming with charm. Musically, the game manages to maintain its adventuring feel while not overpowering the action. This results in a lovely, cozy atmosphere that will keep you snuggled up with the controller.

The Knight Witch is an intriguing amalgamation of genres. Flying through stages and battling foes feels great. The unique approach to special attacks and the Metroidvania style progression work extremely well. While the narrative intrigues and includes some innovation, its presentation is simple. Regardless of this, the game is a blast and freshens up the shmup genre.

***A PlayStation 5 code was provided by the publisher*** 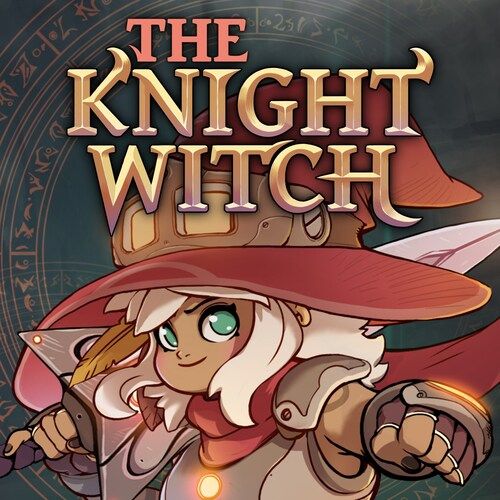