Games in the genre of sports and RPG rarely crossover. Due to the multiplayer focus of one and the narrative aspect of the other, combining these is no easy feat. However, some brave developers have attempted to merge the two and one of the most successful efforts was Sidebar Games’ Golf Story. While the much-awaited sequel is on the horizon, Panic Barn has darted into the box with Soccer Story. With its wonderful premise and pixel art style, will this be a stunning strike or a shocking shot?

The Calamity was a catastrophic event that occurred during a competitive match. Due to the tragedy, Soccer Inc, a conglomerate, stepped in to regulate the sport. The beautiful game is now outlawed and is strictly a form of entertainment to be watched at organized venues. Afraid of the authorities, citizens can no longer even mention the word ball, nevermind play with one! With the world in a state of despair, society needs a savior. Harnessing the power of a magic ball, you aim to bring soccer back to the masses in this narrative-driven, sports-themed RPG.

The Theatre of Dreams

The premise is suitably zany and as a result, a fun, light-hearted atmosphere resides as characters engage in cheerful conversation. Missions and side-missions arise from these discussions. You will need to wander the environment and perform an array of soccer-related tasks to gain the support of citizens and progress the narrative. Panic Barn has done a great job at keeping soccer as the focus. Objectives rely on your ball skills as you will shoot at targets, dribble through cones and ultimately score a goal.

The missions themselves are primarily environment-based. Due to this, frustration can quickly ensue as you are often required to scour the area in search of items or locations. Most missions tend to include some collection aspect, which can create a monotonous feel to proceedings. However, objectives that rely on soccer are much more fun. At times, you will need to use a controlled shot by aiming with your right stick to hit targets within a certain time frame or perform other joyful tasks such as passing the ball into bins to get them upright. 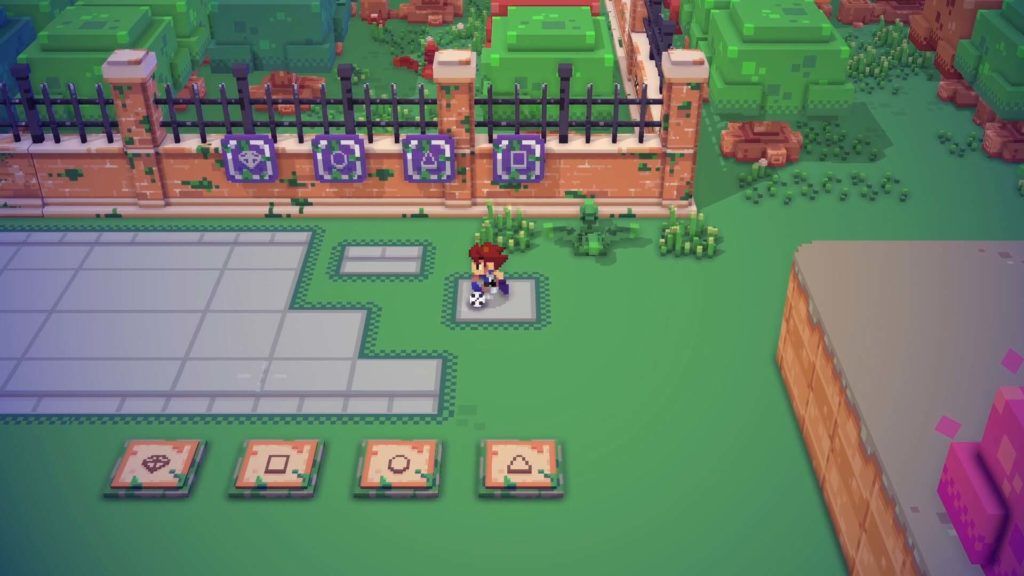 Your goal is to play against recognized teams with your motley crew. As you progress, you and your teammates will level up. You are given the option to select which stats to improve so that you can build the team how you want. This adds a nice element of personalization as you can build your player with the speed of Mbappé or the strength of Ibrahimović. Unfortunately, upgrades of certain skills are locked until particular parts of the story. While this adds structure, it makes progression more restrictive.

Arcade renditions of the sport are difficult to achieve. Virtua Striker, Sensible Soccer and Soccer Sidekicks maintain the same ideals that are within simulators but interpret them in a simplified manner. Another approach is adding chaos to the premise which is evident in Mario Strikers, Rocket League and Rayman Legends’ Kung Foot. Soccer Story lies at the halfway line between these. The simple controls mean that anyone can jump in and play, but it’s on the pitch where the issues surface.

Movement is intuitive but is redundant due to the size of the pitch. You can boost past the odd player and cross it in but you are unable to use quick turns to lose the defender. Passing can be awkward. Audacious attempts often fall flat and short, simple passes are easily intercepted. While you can crack the ball at full pelt, keepers can fly around the net like Superman and will save most of your shots. Due to this, you will often need to wait for a rebound to affect the scoresheet. 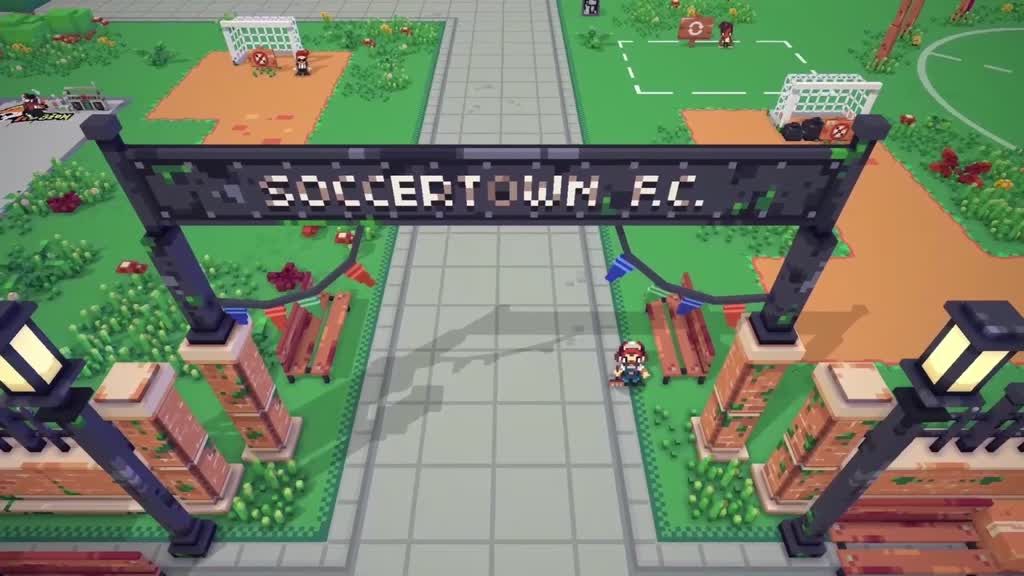 In addition to the single-player campaign, a local competitive mode is also available. With up to 3 friends, you can get involved in some multiplayer madness. There are several teams and captains to choose from which makes for some entertaining moments but this does wear thin pretty quickly.

Soccer Story is a great idea that struggles to reach its full potential. While the soccer-focused tasks use the theme in fun and innovative ways, too many missions include menial tasks. On the pitch, the gameplay is basic and due to this, it doesn’t manage to string enough elements together to deliver a clinical finish.

*** A Nintendo Switch key was provided by the publisher *** 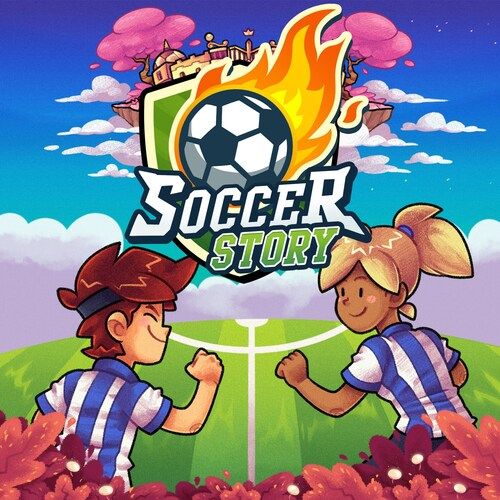