For years, people have enjoyed running underneath bouncing orbs in order to destroy them. The concept isn’t new, but The Bug Butcher does a great job of bringing a new iteration of this classic into the modern day. So grab your gun, suit up, and head out to that distressed research station, rookie.

Whether you’re by yourself or partnered with a friend, extermination is a rough business. In The Bug Butcher, you’ll find yourself racing against the clock to keep scientists safe while they do their best to operate terminals and get you to the next zone. It’s pretty simple: everything hurts you, but only the crawling spider-esque bugs can harm the scientist, so make those your priority while dodging and killing everything else.

The controls are pretty simple and they feel great. Move, shoot, dash, and super. Dash is handy, and you should get used to it as fast as possible. You can either tap it or hold the button for an extended dash, giving you a lot of control over where you end up. Using it as an escape tool seems obvious enough, but after a while you should find yourself getting pretty good at using it as a utility to keep your combo going by dashing under bugs to kill them just before they hit the ground. It’s incredibly satisfying to zip under a bug and unleash a bullet storm to kill the last enemy just in time. 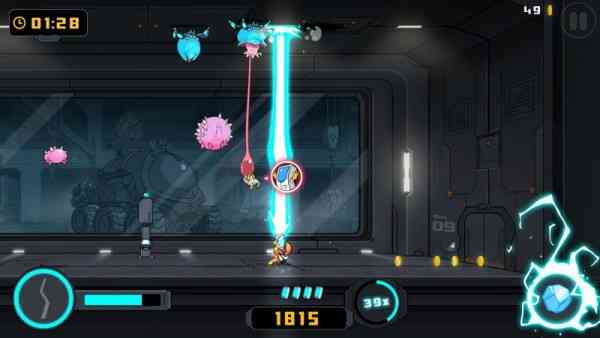 Supers work like your standard ultimate ability: charge up over time, unleash devastation. There are a few variations throughout the campaign like freeze time or invulnerability with increased fire rate, and they really come in handy. Countless times a super saved the day, giving me that temporary edge I needed to breathe for a moment and cleanse the room. They make you feel incredibly powerful for a short time, doing exactly what an ultimate should do.

“It’s incredibly satisfying to zip under a bug and unleash a bullet storm to kill the last enemy just in time.”

Easily one of the best things The Bug Butcher does is give you a lot of variation. The mixture of level and enemy design is phenomenal, giving you a slew of different challenges. Many of the levels change things up by incorporating either vertical or horizontal shields, which may or may not be destructible. Simple tweaks like this make for some interesting situations, especially when coupled with the insect variety. Gone are the simple days when bouncing orbs are all you have to worry about, and present is a bullet hell that will make you question signing up for the job. Bounce patterns, shot patterns, beam attacks, weight, all of these are present and vary amongst the incoming insect horde.

Thankfully you are no ordinary exterminator, you are a Bug Butcher! Within the story mode, not only do a ton of power-ups drop while you play, but you can spend your hard earned coins on upgrades for your character. These are passive, and improve things like player health, power-up duration, speed, and even super duration. For the score-centric mode where you fight for leaderboard supremacy, you start fresh and can purchase upgrades as you earn coins throughout the fight. There are a few passives here, but you can also purchase temporary power-up drops to help you out when the going gets tough. 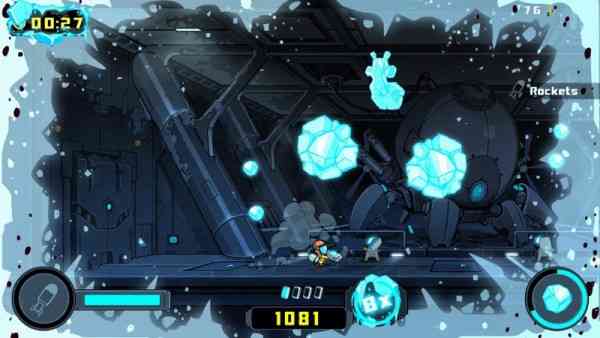 I’m personally a huge fan of the way Awfully Nice Studios has developed the story mode and the upgrade system. It’s similar to systems like in Devil May Cry, where you can start on Easy if you’d prefer and upgrade your character before moving on to higher difficulties. I think this is a great method for most games with RPG elements, as it gives players the option to choose how much of a challenge they want. If even Easy gets to be too challenging near the end, you can always grind away until you’re so powerful the final level is a bit of a joke.

For under $10, don’t expect any high-res 3D models with hair tessellation and dynamic lighting. For the price you’re paying however, The Bug Butcher looks gorgeous. The art and animations all feel at home in the universe this studio has produced, giving a cartoony kid-friendly vibe that’s violent but not over the top. Some of the backgrounds are gorgeous despite being simple silhouettes of jungle or alien landscape. Foreground, mid-ground, and background are key when framing a 2D environment in particular, and the artists haven’t forgotten that here. Despite a ton of things happening at any given moment, you generally know where you’re going and where both your and the enemies’ bullets are.

“The art and animations all feel at home in the universe this studio has produced, giving a cartoony kid-friendly vibe that’s violent but not over the top.”

There was really only one thing I didn’t like, and it’s the hitbox. I did feel like once in a while I was hit by something that just barely touched the outside of my avatar. In a game like The Bug Butcher, I feel like there should be a few pixels of forgiveness for when things get a bit out of hand but it’s not the end of the world. The only reason The Bug Butcher doesn’t get an even higher score is because of this, and the lack of additional modes. Something I really would have liked to see is some sort of mini-game mode you could play with additional people. Co-op really does lend to how couch friendly The Bug Butcher is, but just a bit more work here would have really pushed BB over the top. However, this is still easily one of the best indie games you can pick up for under ten dollars.