Ubisoft and Climax Studios delivers another iteration of the Assassin’s Creed Chronicles series, this time taking us to Colonial India. Follow an assassin named Arbaaz Mir during a conflict between the East India Company and the Sikh Empire during the year 1841. This 2.5D action-stealth platformer delivers a beautiful art style combined with fluid controls and challenging puzzles.

We begin the game with our hero Arbaaz Mir, breaking into a palace located in the city of Amritsar. Here you’ll be introduced to the core stealth mechanics of the game — you will use this a lot. Arbaaz is on a quest to recover the Koh-i-Noor diamond which belonged to the Assassin Brotherhood. Along the way, he must protect his love interest princess Pyara Kaur and his mentor Hamid. The story overall is light, so don’t expect to delve deep into Assassin’s Creed lore, but what I praise about this franchise is the integration of fiction into historically accurate periods. South Asia is often under represented in gaming, so it’s refreshing to see Ubisoft take its acclaimed franchise to this part of the globe – it’s a piece of history in every game. 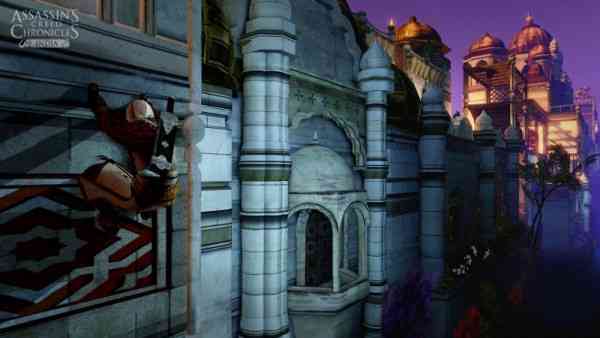 To an extent, Assassin’s Creed Chronicles plays out like a stealth-parkour platformer and does it well. It relies heavily on stealth mechanics which involves hiding inside doors, behind pillars and climbing ledges to avoid detection. The levels are broken up into segments and each part offers a score based on how you completed it. Points are awarded to unlock upgrades for your character; earn more points by completing an area undetected rather than a full on assault. The stealth ranks are awarded as follows:

“Unfortunately, the difficulty often marred the pacing of the game, turning areas into repetitive trial and error experiments just to figure out how to sneak by a couple guards.”

Given the reliance of stealth, it adds an unprecedented amount of challenge. Unfortunately, the difficulty often marred the pacing of the game, turning areas into repetitive trial and error experiments just to figure out how to sneak by a couple guards. The sentinels further this notion when you have to wait for them to move, so your only path will open up. These parts require absolute precision to complete which often makes the game feel rigid. Typical Assassin’s Creed games gave the player freedom to tackle objectives in their own way,  Chronicles: India dwindles that choice into more linear approaches.

Arbaaz Mir has a limited arsenal at his disposal, all of which are non-lethal tools including a whistle to distract guards, smoke bombs, noise bombs, and chakrams (Projectiles that cut hanging objects). The point is to use these tools to glide by undetected and for the most part, they work well. As the game progresses you’re presented with a lot more time sensitive levels that require you to beat the stage quickly in order to earn upgrades. I’m never a fan of these situations, it diminishes the overall experience as too many areas require careful planning to execute, so there’s that rushed feeling knowing precious times chipping away. 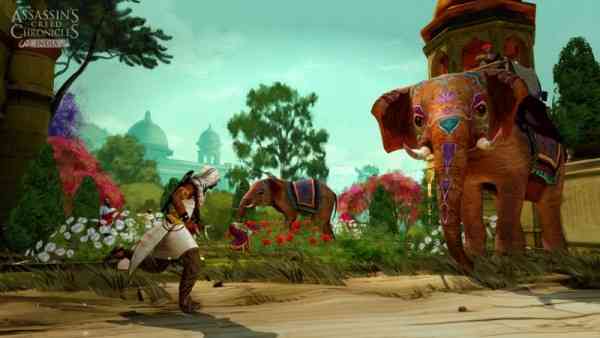 If you need a distraction from the main story, there are challenge rooms you can take on to test your skills. Each room has an objective such as collecting items, assassinations and contracts. These time trials are a great way to hone your assassin moves, it also makes the game worth a re-visit after you finish the main story.

AC Chronicles: India manages to stay true to the overall feel of Assassins Creed, Arbaaz’s movements are smooth and climbing obstacles, fighting guards or sneaking around feels fluid. You have both bumpers to unleash your assassin tools, and the button pad for blocking, lethal and non-lethal attacks. I performed some satisfying head-on assaults to groups of guards using the block and strike combo, you walk away feeling like a ninja. However, there are frustrating moments when you mean to latch onto a ledge but your character jumps off instead.

Now for the AI, which we all know stands for ‘artificial intelligence’. Sadly, I can tell you for certain that the AI is anything but intelligent – they’re dumb as bricks. Each guard projects a cone simulating his line of sight, get caught too long and it will alert them of your presence. I often found two guards beside each other conversing and literally walked up behind one while the other guard facing me didn’t notice at all. I’ve assassinated guards with another steps away and it went right over his head.

One of my favourite aspects of Chronicles: India is the choice of art style. The game world is beautiful, using a vibrant palette of colours. There are also outstanding backdrops to the levels that create a unique visual experience different to typical AC games, but still allowing it to feel familiar. The cut-scenes are engaging and do a fantastic job of advancing the narrative, keeping you tuned in. 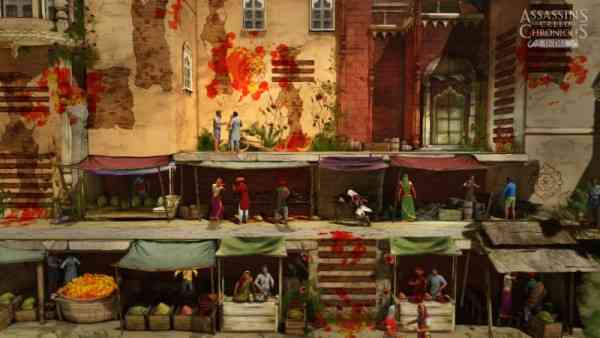 Stealth aficionados will rejoice at the challenge Chronicles: India dishes out. The pacing does get skewed by the increasingly challenging puzzles and the game often becomes a victim of relying on time-sensitive areas. That being said, Chronicles is beautiful, fun and delivers excellent combat fluidity. Overall, this is a solid platformer that highlights a new chapter in the Assassin’s Creed universe, taking us to a unique setting and providing a well needed challenge that will test the very limits of our patience. 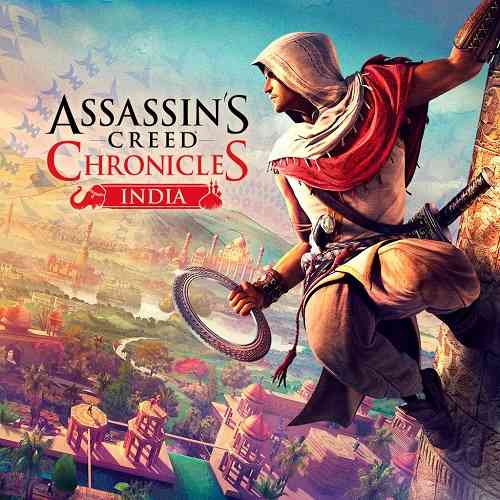