The most frustrating thing in my adult life is forgetting where I’ve put something. Keys, my wallet, my phone…typical pocket fair all seem to disappear without a trace. Socks go missing from the dryer. Every time you look through the silver ware there seems to be one less fork. And let’s be honest…has anyone ever used up an eraser in its entirety before it vanished? I’d blame the cat but he frankly isn’t the clepto type. Mr. Boots prefers to scowl at me and pee in the sink. No…I do believe we can attribute our problem to little robots. Those bastards.

In the least surprising move of the century, Nintendo has taken a proven game type and decided to throw everything on its head. In their defense…this strategy pretty much always works. Star Fox Guard is the latest in line of “Nintendized” genres; this time tackling the ever popular and ever monetized tower defense. A typical tower defense game has you staving off waves of enemies using carefully placed turrets along a guided path. Not this one though. Instead you have 12 cameras positioned from the get go that you’ll use to keep tiny robot invaders from reaching the center of your mining facility. Did I mention these cameras shoot lasers? They shoot lasers.

“Expanding Star Fox Guard into something that could be played online seemed like such an easy and obvious addition…which is why I’m glad they did it.”

Despite its simplicity, Star Fox Guard makes very good use of both screens for the WiiU. On the TV you have a video feed from each of your 12 cameras around the edge of the screen with a larger feed in the middle for the camera you have currently selected. On the gamepad you get an overhead view of the compound you are protecting. This overhead map is home to a number of tools required for your success. First and for most there are 12 numbered circles around the map which indicate the location of your cameras. Tapping one of these circles switches your main feed on the TV screen to that camera giving you a better idea of what’s approaching from that direction. Second are baddy indicators showing you the whereabouts of pesky little robo-bandits. These are super helpful and will keep you from getting whiplash by looking back and forth at your two screens over and over and over. You will also find an amiibo icon which serves as this games “oh shit” button. Scanning either a Fox or Falco amiibo figure will allow you to call in an air strike. This, however, only works once per day per figure so use them wisely.

Successfully clearing a stage earns you a sort of experience / currency called scrap-metal which goes towards your rank in the game. As you level up you’ll earn new camera types and missions. New missions are obviously good as they give you more stuff to do, but new cameras add to the existing fun. Some of these camera types include ones that will slow down enemies approaching the core of your base, or hit multiple enemy targets at once. Once a mission is cleared, an adorable frog-bot of Slippy Toads design named Re-Bot will come around and collect the scrap for you. After you beat enough stages there a giant robot boss battles waiting for you. 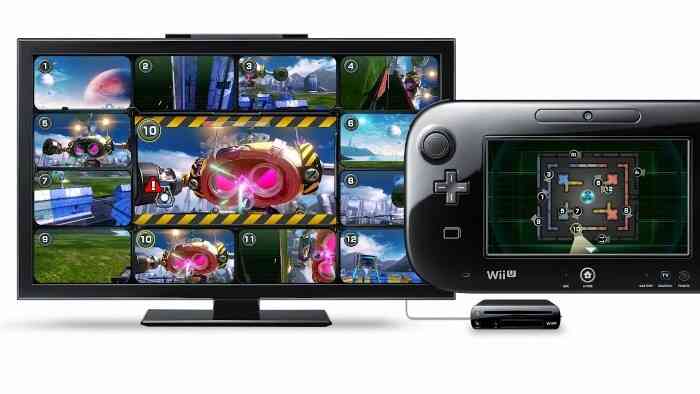 Expanding Star Fox Guard into something that could be played online seemed like such an easy and obvious addition…which is why I’m glad they did it. From the main menu you can edit your user profile, on which you’ll find a picture of your Mii, customizable icons, and a score. The more games you play online and win, the more your score goes up. The more you lose….well I’m sure you can guess. Players can custom create squads of robot attackers to challenge other players. The further into the main story mode you go, the more robot types you have to choose from when creating your squads.

Much like Star Fox Zero, Star Fox Guard totes a serviceable level of visual appeal but doesn’t take home any awards. The game looks good, but isn’t a jaw dropper. Where this title really shines isn’t in its overall grandeur but the style with which it’s done. Being a tower defense game, Guard boasts a literal horde of various enemy types that are both over the top silly and completely awesome. These enemy characters really help to cement Star Fox Guard down as being something special.

Unlike its sister game Zero, Guards music isn’t all that remarkable. Having high octane beats makes perfect sense for the action game that Star Fox is. But in the case of Guard, a slower and more calming approach was taken. The tunes are far from bad, but nothing about them jumps forward and this results in them being largely forgettable. 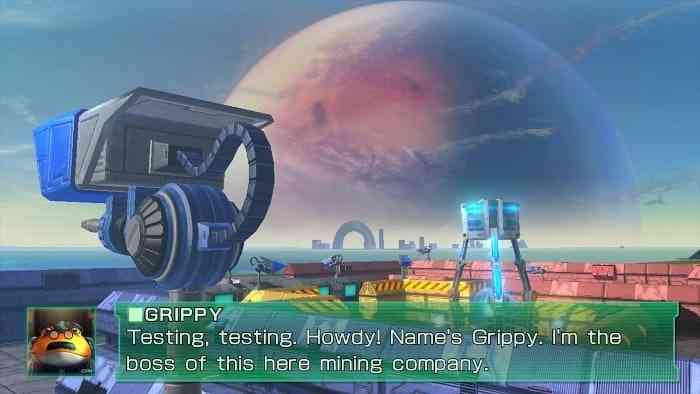 For an added bonus, this game is pretty darn cool. Under normal circumstances a title like this wouldn’t have been worth a $60 price tag, but free is an entirely different story. It has a surprising amount of content, but ultimately suffers from lack of variety. I found myself getting bored with it only a few hours in. A game like this seems best to play in many shorter bursts. Still, its charm is undeniable and even for a game that’s ever existence seems like an afterthought, Star Fox Guard offers something new for fans of the series (or just the characters). And like I said…it was FREE!

***A retail review copy was provided by the publisher*** 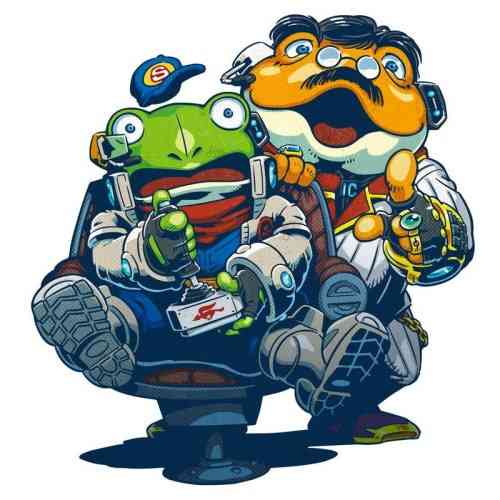 Star Fox Zero Review – Back For A Barrel Roll & It’s A Blast
Next DOOM Review – Damn, It Feels Good to Unload a BFG Again
Previous DC Universe Online Review – Bats and Joker Duel it Out on the Xbox One