5 Amazing Games You Didn’t Play on The Wii U

While the Wii U has sold roughly 13 million consoles thus far worldwide, Wii U supporters continually cite the primary reasons for owning a Wii U is for the first party exclusives, as well as some rare third-party exclusives. These titles range from the Legend of Zelda: Wind Waker HD to the action sequel Bayonetta 2. While these games received a good chunk of support from the Wii U faithful as well as the more casual owners, there are some great Wii U games that less than 4% of Wii U owners have experienced. The following games are Wii U exclusives that, according to VGChartz, have sold under 500,000 copies worldwide, and deserve at least a look.

From the creators of the aforementioned Bayonetta series, PlatinumGames, The Wonderful 101 (read our official review here) brings fast paced combat featuring superheroes in an isometric viewpoint. The game definitely has a classic PlatinumGames feel to it, with some stylistic similarities to the Viewtiful Joe series. Despite fairly positive ratings, The Wonderful 101 failed to hold much of the market due to a lack of overall marketing. Honestly, most people might not have even heard of this game, let alone have a reason to buy it. Furthermore, a steep learning curve likely dissuaded some potential purchasers and younger gamers. Despite a steep learning curve, The Wonderful 101 is an interesting IP that could stick around if the support is there for it. 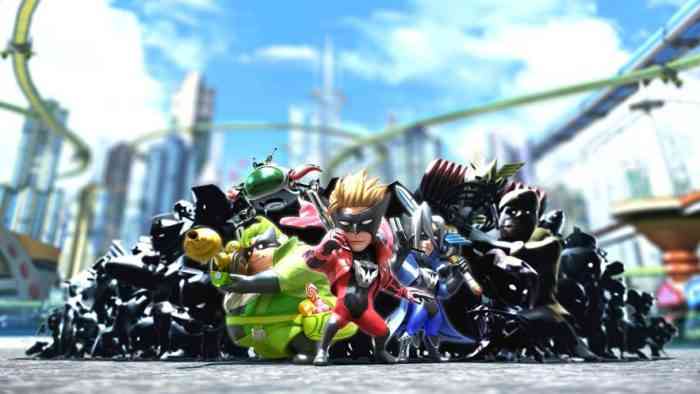 Do a barrel roll! The Star Fox (read our official review here) series is a well-known, beloved series spanning multiple console generations for Nintendo. Despite this, Star Fox Zero failed to live up to sales expectations. Even with Shigeru Miyamoto at the helm of this project the game didn’t sell well, at all. Part of the problem was the marketing as Star Fox Zero was first introduced alongside puppet representations of the main characters. If that does not sound bad enough, the game was revealed with less than impressive graphics as well as the mandatory gyroscopic controls. It’s too bad because it is a fantastic game. Fans of previous Star Fox games should not hesitate to give this one a try, the game design lives up to expectations and with time, players can get used to the controls much like in Splatoon.

My personal favorite of this list, Tokyo Mirage Sessions #FE (no, that is not a hashtag), blends the universes of Shin Megami Tensei and Fire Emblem together, creating a largely unique product that is not exactly like either series. This turn-based, music focused, Fire Emblem cameo’d JRPG was announced as Shin Megami Tensei X Fire Emblem to many fans’ delight. From there, not much information regarding the game was shared before it released in Japan in December of 2015. Three months before it was released to the rest of the world, the game was announced to be localized, along with the new title Tokyo Mirage Sessions #FE. The lack of communication regarding the game likely hurt the bottom line and to date overall sales have not been impressive.

Click on through to PAGE 2 for the remaining 2 games.

Special Editions of Fatal Frame: Mask of the Lunar Eclipse Shown Off

Kirby 64 Devs Are Fixing ‘Game-Breaking Bug’ With Next Week’s Patch
Next WWE Champion AJ Styles Talks WWE 2K17, New Japan, and Promos
Previous Street Fighter V Version 1.09 – Thanks For The Version We Should Have Received In February