Every Sonic game has a similar set of faults and highlights. Colors: Ultimate is an excellent case study for this. While my preview impressions of this game were pretty glowing, do they hold up under further scrutiny? Does any Sonic game stay glittering after enough time in the spotlight? The short answer is sort of? The more Sonic games I play, the more I come to understand that expecting certain things is futile. You’re always too fast to properly control, you can always do better, and sometimes you actually want to improve. That last one makes the difference between a good Sonic game and a bad one. Among other things! Sonic Colors: Ultimate gets a lot of things right, it turns out.

If you’re not familiar with the story, it’s a pretty simple one. Sonic and Tails are on an amusement park satellite built by Robotnik. It turns out that he built it for nefarious purposes, namely to harvest a whole species of aliens as a power source. Most of the usual supporting cast is absent this time around. Instead, we’re treated to a tighter, lighter story focused on Sonic and his favorite nemesis. I didn’t realize how cluttered the canon had gotten until Colors stripped them away. It’s refreshing! Instead of cutting away to five different people every time something happens, there’s room for jokes, character moments, and something resembling camera work. Although truthfully even the story takes a back seat to the actual gameplay.

Here we see the successful franchise formula in action. Take an established character with a familiar set of moves, add a single new mechanic, and voila! One of the ‘good’ entries in the series is born. This time Sonic is um, doing the same thing as Robotnik? But on a smaller scale. Also I think the aliens are volunteering in this case. Either way, Sonic consumes a color-coded alien in exchange for a wide variety of cool powers. Things like drilling through the earth, zipping between crystals, and rocketing into the skies. Each power is essential for wrapping up a different world. You can even go back and fully explore old stages with the powers you unlock! For the most part, it’s your platforming skills that will win the day, however. 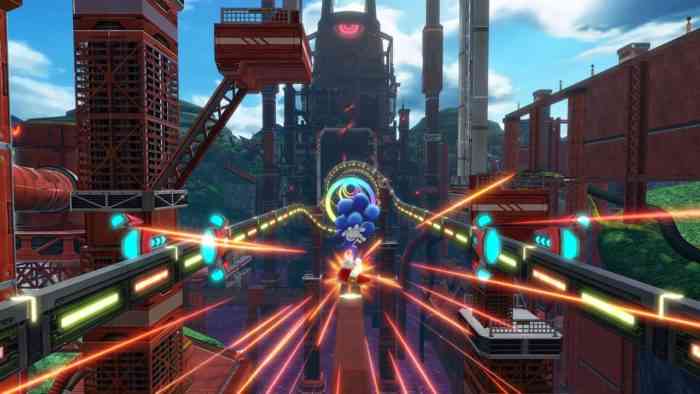 Before long, the platforming goes from breezy to punishing. This is only natural, but it also acts as a crucible of sorts. Will you howl in frustration and quit? Or do you feel like success is within your grasp? Whereas games like Sonic ’06 and Sonic Heroes break you down, Sonic Colors: Ultimate feels more hopeful. One more try and you’ll have it, you say to yourself. This next run will be the one, you’re sure of it. To me, this is one of the marks of a superior Sonic game. Tough, sure. But tough in a way that encourages you to keep trying. Thanks to the relatively tight controls, success and failure feel like they’re in your hands.

To be clear, the controls in a Sonic game never feel perfect. Something about the character demands that you’re zipping, skidding, and tumbling everywhere you go. It wouldn’t feel right otherwise. To a relative amateur (meaning myself). Sonic always feels like a wild animal you’ve briefly wrangled. He could rip free at any moment, blasting through the nearest wall and out of your life. But you get the sense, especially in the better Sonic games, that a deft hand could have him performing incredible feats. It’s all a matter of practice and patience.

Okay, but this is a remastered version of an older title. So what’s been improved? What’s different enough to justify revisiting a decade-old Wii game? The visuals have gotten a boost, for starters. Everything looks 4K sharp, enough that I routinely forgot this was a 2010 release. You can slightly customize Sonic’s appearance, giving him different shoes, gloves, and dash effects. There’s a Rival Rush mode to mess with, and a new alien (or Wisp) power-up to unlock. Said Wisp -the Jade Ghost- lets you clip through walls and explore new areas, though I hardly touched it in my own playthrough. There’s also a Tails checkpoint feature that isn’t terribly useful. You’ve got unlimited lives, which removes a bit of the urgency. Still, he pulls his weight once in a while, which is nice.

Great Sonic games are a rare breed. At least from a gameplay perspective, it’s tough to nail that balance between blistering speed and precise controls. While Colors: Ultimate never reaches that platonic ideal, it gets pretty close! Really, it’s hard to ask for much more than that. Plus, the writing is snappy, the graphics are vibrant, the soundtrack is amped up, and the difficulty scales up nicely. You can glimpse the plateau of mastery on the horizon, and it feels attainable. As far as remasters go, everything looks and feels great. There’s not a ton of new content, but the original release is still very strong. If you’ve been searching for the elusive ‘good’ Sonic game, then Sonic Colors: Ultimate will easily scratch that itch. 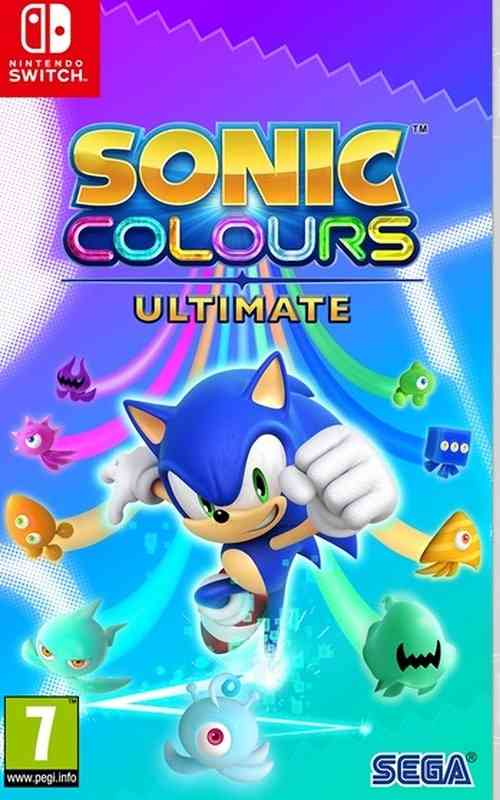