Skateboarding can be pretty stressful sometimes. Why not play a skateboarding game with a little more chill involved? Skate City looks to turn everything down a couple notches and get you to relax while bailing over and over again. Sure, angry tunes get you amped, but sometimes you wanna let that breath out, maybe unclench your jaw for a minute. This one might feel a little light on content at times, but what’s there is a fantastic meditation on just chilling out for a second.

There’s no story to speak of, which is totally fine. We’re here to skate. and also fail at skating. You’ve got two modes to choose from, Endless Skate and Challenges. One is a laid-back tour through a given stage, while the other is a white-knuckled test of your skills. If you’re looking to build up skater cred (SC), you’re free to focus on one or the other, which is nice. You can even capture and send in videos to your sponsors for a few extra points. The list of stages is a little short for my liking, but you can wring a lot out of every one. The same city takes on a whole new light with the right challenge laid over top.

Every City Crammed With Challenges

Even with the chill vibes seeping into every pore of Skate City, there’s still some genuine frustration to be had. The challenge stages can take either one try or thirty, while some of the non-skating controls feel a bit on the clunky side. Once in a while these two problems would meet up, dealing real damage to my calm demeanor. For the most part however, every run was a smooth ride. You bail pretty regularly, but it’s simple enough to keep going. Even the toughest challenge can be passed with practice and patience in hand. If said challenges ever get too rough, you can always switch it up with Endless Skate. It’s a welcome relief, one in tune with the overall vibes of the game. 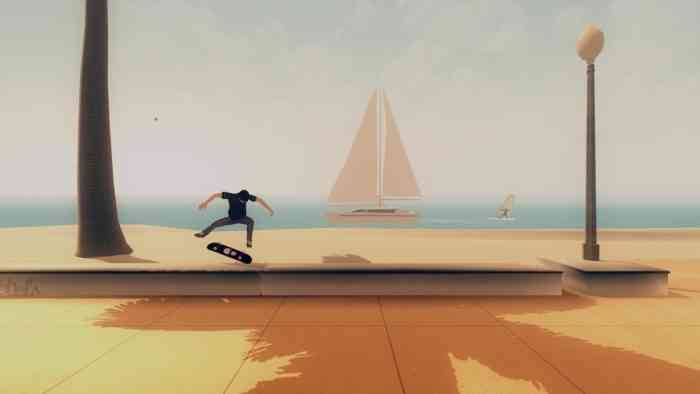 On the subject of vibes, we come to the real star of Skate City, the soundtrack. This game has been packed with a perfect playlist of lo-fi hip hop beats, mellow instrumental pieces that instantly transform your state of mind. This feels like the logical evolution of the lo-fi hip hop scene, one made famous by streams and playlists on YouTube. Students, artists, and anyone with a lot of work to do have been turning to these tracks to keep them calm yet productive. It’s a fascinating experiment, blending this background music aesthetic with repetitive, skill-based gameplay. The music is the work of Peer Synth, Buster Jenkins, and Granbar. You can find links to the OST here, as well as some lo-fi channels here and here.

Come For The Skating, Stay For The Songs

Beyond the stellar soundtrack, the visuals also make a major impact on the chill aesthetic. The character models, the backgrounds, and the obstacles are all simple, clean constructions. They blend with a selection of soft, hazy environmental effects to make all of Skate City feel like fond memories under frosted glass. For the most part, not even the challenges can break the illusion. It’s only when you’re messing with non-combat controls that the cold light of day comes crawling in. Somehow, things like tutorial sections and the Endless Skate navigation tool bring things to a screeching halt. Just a handful of moments that interrupt the rhythm of an otherwise smooth ride along the pavement.

Between the soft focus visuals and the heavy-lidded soundtrack, this doesn’t feel like a typical skateboarding game. Instead, you’re encouraged to meditate through boards and wheels, a few minutes at a time, for a little while. The game feels entirely too short, but only in the sense that you’re left wanting more once you’re done. If you’re so inclined, you can pick away at the many challenges for hours on end. Even then, the nature of these tests feels geared to a string of shorter play sessions. Like an idle game or a farming sim, something you come back to continuously until the task is done. Beyond the actual gameplay, Skate City has some serious merit as an introduction to the world of lo-fi hip hop. These tracks will haunt you in the kindest fashion possible, quiet and blissful beats that bounce around your subconsciousness for weeks afterwards. If you’re looking for a more soft-focus, laid-back skateboarding game, Skate City is not to be missed. 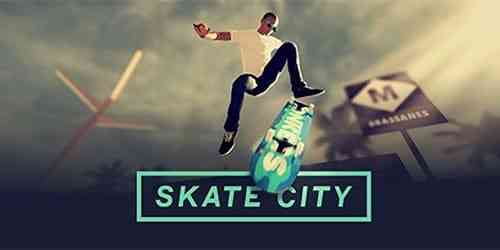