Prepare to wage war, castle to castle. Today indie developer Sunblink is proud to announce the release of their debut game, Heroish. A press release about the game provides the details about all of the castle combat players can expect. Additionally, the release also provides insight from CEO and Founder of Sunblink Julian Farrior. Furthermore, a trailer for the game gives fans a glimpse of the gameplay. 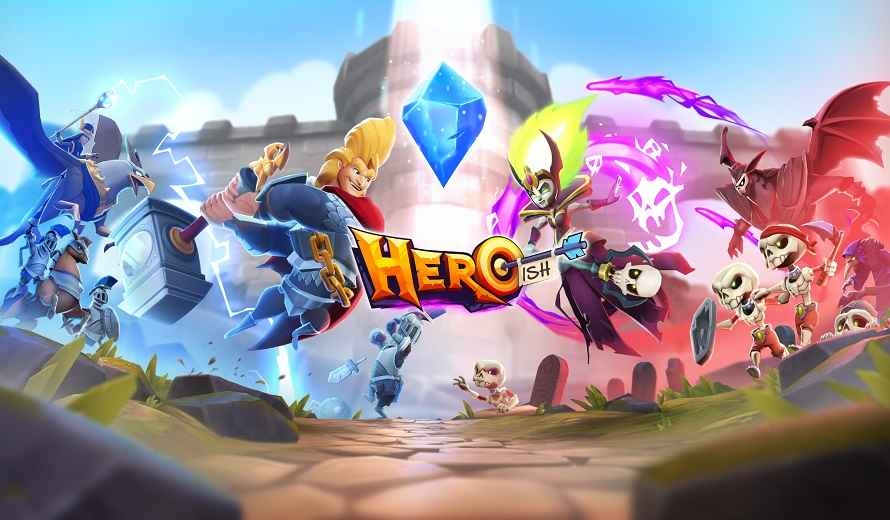 Heroish introduces players to a multiplayer castle vs castle battler. Players can select one of six epic heroes, summon troops, launch spells, and more to destroy enemy towers and claim victory. The game includes single player adventures, in the form of 3 campaigns, and fast paced multiplayer battles either 1v1 or 2v2.

“We think this is just the beginning of what this incredible team can build together and we are already deep in development on upcoming projects. The macro, momentum, reach and medium of video games has never been more exciting. We think the opportunities are boundless.” Says Farrior in the release.

Heroish aims to deliver both an arcade and action packed experience. Players can build custom decks and upgrade cards to create thoughtful combinations of troops and spells. At the same time they can enjoy watching their strategies play out in battle. Of course, players can get a glimpse of this action in the new trailer for the game.

Heroish is now available on Apple Arcade. Additionally more information is available on the game’s website. So, will you be defending your castle today?

Mario Kart Tour Is Getting Rid of Gacha Mechanics
Next
GTA Online’s Next Update Will Add High Gas Prices & Heatwave
Previous
Dragon Ball: The Breakers Is an Asymmetrical Survival Game?