Side-scrolling arcade shooters have been a staple in the medium since its inception. With its challenging bullet-hell sequences, intense fast-paced action, the genre resonated with gamers around the world. Swiftly gliding past its competitors, R-Type established itself as the quintessential space shooter, spawning several sequels and spin-offs. After an 18-year hiatus, Granzella has released R-Type Final 2, but will it be more than a nostalgia flight to days of the arcade?

Beginning life as a Kickstarter campaign, fans of the franchise quickly committed to the project which promised to bring its patented, frenzied gameplay to modern consoles and I’m happy to report that R-Type Final 2 doesn’t disappoint.

You are tasked with destroying a barrage of enemies in high-octane and intense battles that culminate in deliciously devious bosses. As bullets spray throughout the environment, you weave in and out and blast through in order to survive. Although the fundamentals are largely untouched, the familiarity is refreshing.

Lightning-fast reflexes are required to maneuver through dangerous, claustrophobic environments. With the ability to instantly shift between gears, you can alter your movement speed accordingly to support you in overwhelming situations. Whether it’s demonic monsters or homing missiles, there’s a constant threat that requires frequent evasion. Altering the speed is key to ensure safety and can be quickly initiated via the left-hand shoulder buttons. 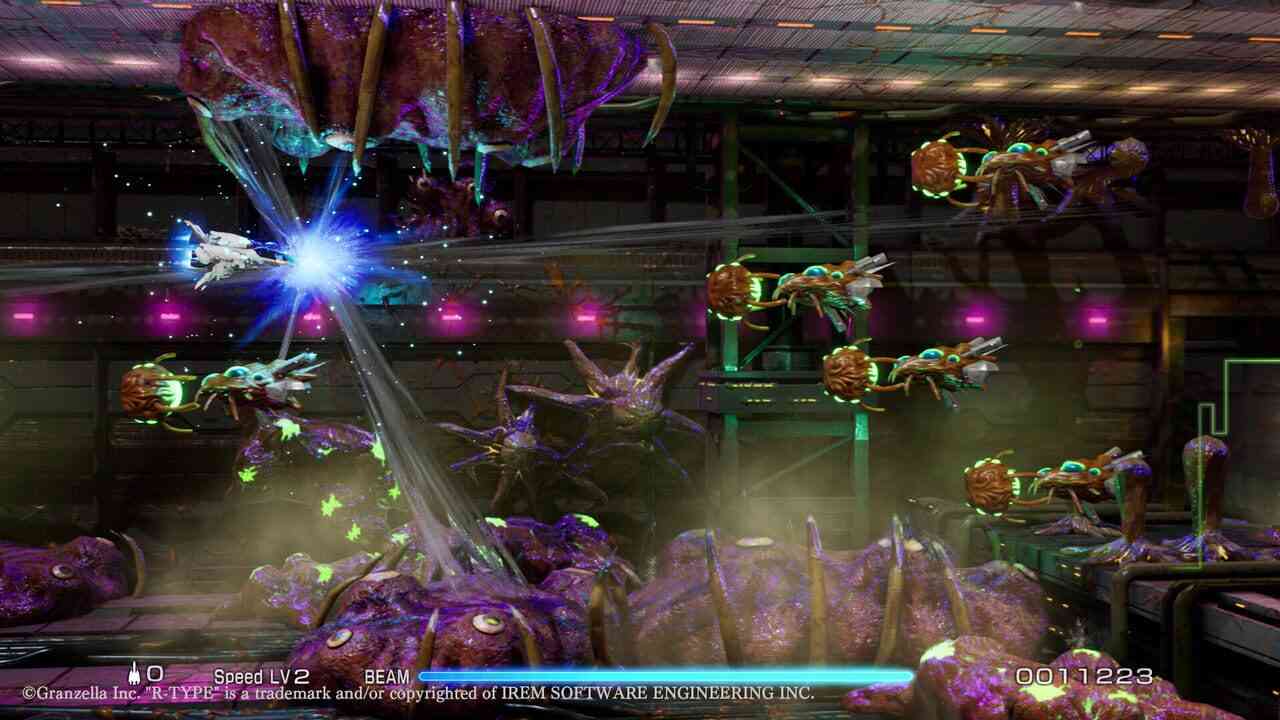 Throughout levels, you gain powers that build upon one another resulting in an onslaught of attacks. This adds a real sense of progress as you see your spaceship develop into a mammoth of magnificent attacks. Using the Force Pod effectively is vital to success. It can work independently, shooting incoming threats or combine with the ship to use as a shield and perform larger area-based attacks. With an array of charge beams and special attacks in your arsenal, your descent into the depths of the alien territory is a joy.

Difficulty in video games is a controversial subject. Some gamers yearn for titles that put their skills to the test where others prefer to select their entry point. Although R-Type Final 2 has a range of difficulty options, each is still challenging, allowing only one hit before restarting from the generously placed checkpoints. Even though you start with a number of credits, failing and starting from the beginning can get frustrating. Learning enemy patterns and attacks is imperative and this can be tackled in practice mode. As well as this is the arcade and score attack modes, adding tons of replayability to the space shooter.

R-Type Final 2 includes a wealth of unlockables. From spaceships to decals and color options to weapon layouts, the game offers a dizzying amount of customization that will keep you tinkering in the hanger for hours on end. Each ship feels unique, offering different load-outs that are tailored towards different play styles, which can be drooled over in the R-Museum where you can read about several parts of the ship.

R-Type is renowned for its ambiance and atmosphere. Venturing through uncharted environments to discover hostile areas with imposing beasts is perfectly reimagined in Final 2. The minor details in the environment add a feeling of uncertainty but unfortunately, these are squashed by some enemies that feel out of place. Although graphically, the game looks a little dated, it still faithfully captures what made the originals great. 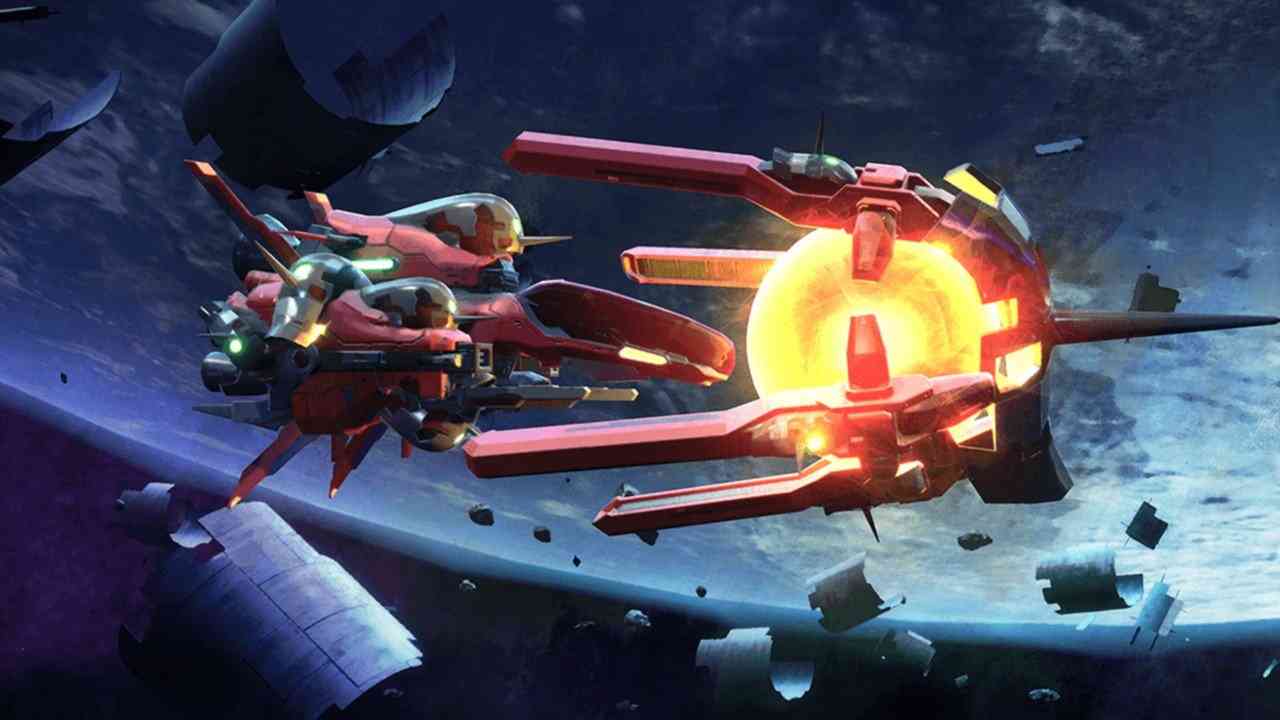 R-Type Final 2 is unapologetically old school. From its high difficulty to the simplistic format, each aspect has been designed with the rich lineage of the franchise in mind. Due to this, fans of the series will feel right at home as this celebration of the series continues exactly where it left off. However, newcomers may not enjoy the retro sensibilities that permeate throughout and could become frustrated by traditional features that many of us have become accustomed to. My only issue with the game is that it does little to bring the series in line with contemporaries. Rather than re-establishing itself as the face of the genre, it simply follows in the footsteps of its predecessors. That’s not necessarily a bad thing but it does feel very familiar.

The space-shooter genre has had an Arrowhead-shaped hole for the past 18 years and finally, that void has been filled. R-Type Final 2 is not here to revolutionize the genre, it’s merely here to remind us how great the series is and celebrate its long history. Although its old-school mentality may deter some, fans of the franchise will love this iteration. 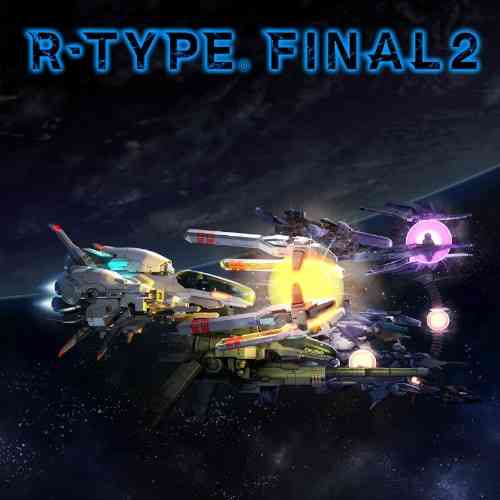