Sine Mora did exceptionally well when it initially released in 2012. Sine Mora Ex is the latest edition, bringing this great side-scroller into the current generation. Tight controls, a clever use of 3D, and some hectic bullet hell moments await any who pick up this classic adventure.

The most absolute key factor to any shoot-em-up is tight, responsive controls that let you dodge that plethora of particles coming at you. Sine Mora Ex thankfully gives you that, along with some great shooting to boot. Increasing your firepower also feels great, with a tried and true upgrade tier system. Find an upgrade, go up a tier until you max out at ten. Get hit and you’ll have a few moments to collect them before they fly away for good, possibly rendering you incredibly weak during a key fight. On more difficult levels this was a bit frustrating since it felt like upgrades tended to be abundant at the start and sparse later on, but there are plenty of difficulty options for you to choose from.

You can also slow time if things seem a bit too complicated. It’s not unlimited so be careful, as boss battles are frequent. A multitude of pickups like shields or time should spawn on your flight through each level as you decimate the enemy crafts, but they’re not always easy to collect. You can only rely on your alternate gadgets so often before you’re stuck with nothing but basic blaster fire. Multiple deaths occurred simply due to a lack of resource management and not knowing the dangers of the road ahead.

“The developers did a great job of seamlessly transitioning from gameplay to cinematic and it makes the world come alive.”

Something that impressed me back in the day was how Sine Mora went for the 3D side-scroller approach, and it still looks good five years later. Finish a section only to have the camera zoom out and rotate around your craft, showcasing not only the model but the environments as well. The developers did a great job of seamlessly transitioning from gameplay to cinematic and it makes the world come alive. What might start out as a simple background turns into an entire battlefield in the blink of an eye. It’s done often enough that you’re simply reminded of the bigger scale, rather than feeling like an overused gimmick.

Visually, you’ll be getting a minor update to the prior version. It looks pretty good and both PC and PS4 Pro are boasting 60 frames per second at 4K, which is crucial for shmups. If you like stylized indie games, you’ll probably at least be comfortable with what Sine Mora Ex has to offer. Don’t expect to be blown away, but it should meet your expectations for the price tag. 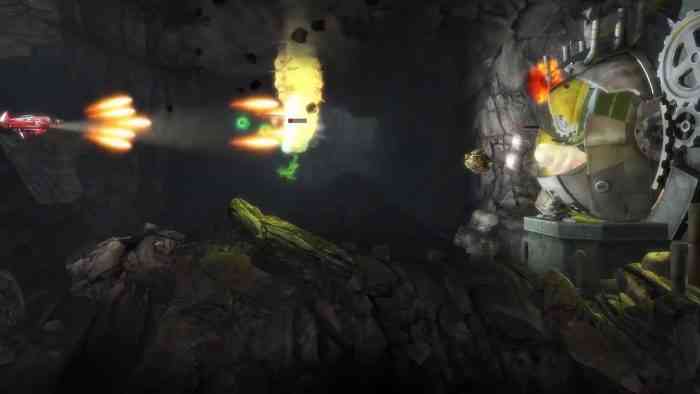 The biggest addition is the new modes, including two-player local co-op, and three new versus modes. Co-op alone is a good reason to pick this up, and while it could have been implemented better, it’s still fun for both players. Competitive modes were fun for a bit but really didn’t hold my attention like they should have. Still, they’re fleshed out and fun, just not exactly riveting or tense. It sort of just felt like we were going through the motions each time while co-op involved a lot of chatter and strategy.

Story and content are surprisingly adult, despite the obvious M rating. I got lost in the combat and serene backdrops when some strong language brought me back to reality. It does feel a bit forced at times, and the developers probably could have gone for a Teen rating instead. Regardless, it’s an interesting story and the campaign is fun, offering a great mix of ships, environments, and motives. Even veterans should get at least a few hours the main story.

“This is a great purchase if you like sidescrolling bullet hell or just want an interesting game to play through with a friend.”

Sine Mora was a great shooter for its time, and Sine Mora Ex shows that it can still live up to today’s standards with some minor adjustments and additions. This is a great purchase if you like side-scrolling bullet hell or just want an interesting game to play through with a friend. Both old and new fans should make sure to check it out, especially seeing as the price is definitely right for the amount of content you’re given. If you’re picking it up for Switch, even better as I feel like it can truly shine on Nintendo’s new platform. The developers kept this upgrade simple, and it works. 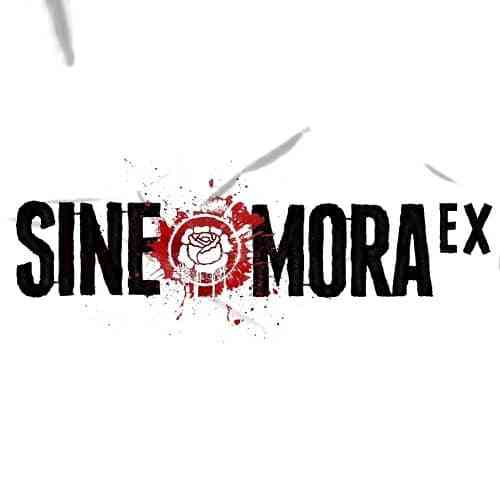