What’s wrong with a little fun? It seems like such a simple thing, but all too often fun gets lost in a sea of game mechanics jammed together, framed by a gritty and depressing story. Do people really find inventory management fun? Maybe some of you do and I’m not here to judge, but there’s something to be said for the plain and simple fun found in a game like Bullet Soul: Infinite Burst. A classic shoot ’em up from Tachyon Inc., Bullet Soul: Infinite Burst keeps the action simple, yet effective with bright visuals and above all else that f-word, fun.

Let’s start with the simple things. Take one space ship, point it facing forwards and shoot at all the enemies scrolling towards you on the screen. Throw in some bright flashing lights and that’s the recipe for some classic SHMUP action. There aren’t even a pile of power-ups, just two main attacks, a wide bullet pattern and a more narrow and concentrated one. That part is the same no matter which mode you play. The only real twist in a game that features many ships and bullets flying at you is the ability to cancel out those bullets by destroying the enemy.

“While I might sound like a broken record at this point, the concept of simple fun exists throughout every aspect of the game.”

The bullet cancellation is a great twist on the standard formula. It takes surviving bullet hell from a dodge fest into a destruction one. It’s like a constant game of chicken, lining yourself up in harm’s way to try and kill enemies before they can do the same to you. It’s pure simple fun. While I might sound like a broken record at this point, the concept of simple fun exists throughout every aspect of the game.

There are 4 main modes in Bullet Soul: Infinite Burst, Normal, Caravan, Burst and Musou (Infinite Burst). The original Normal and Caravan modes from Bullet Soul have been redesigned and rebalanced for Infinite Burst. Normal is the standard game, try to rack up a massive score by staying alive as long as possible and increasing the score multiplier. The enemies and attack patterns are great and engaging. Bosses and mini-bosses dot the five stages and provide a different type of challenge. They may be harder, but still easily beatable enough. The difficulty is geared more towards speed and getting that high score then it is actually being difficult. Speaking of high scores, how about a time attack mode? That’s what Caravan mode is for. You get two minutes to score as many points as possible. 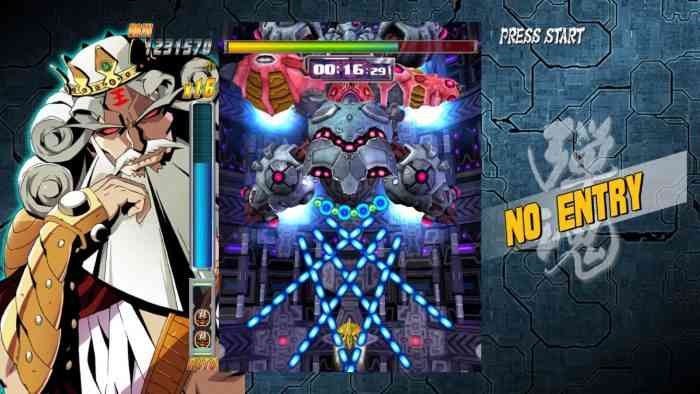 The new modes in Infinite Burst are Burst mode and Musou. Burst mode trades in the score multiplier for a burst bar and coin collection. The coin collecting is a nice addition as trying to grab all of them from defeated enemies will require moving all across the screen. No getting comfy in one spot if you want a high score. The second addition, the burst, unleashed an ultra powered attack for a period of time. It’s really great for burning down enemies and yields a different type of coin that offers more points. In Musou, that burst is infinite. Don’t worry though, having that ultra powered weapon going at all times doesn’t make the game a cake walk as the enemies are also readjusted to still provide a challenge.

High scores are the name of the game with Bullet Soul: Infinite Burst. That’s typically not my thing, but Bullet Soul manages to make it a fun pursuit through some truly addictive gameplay. It’s not just the relatively simple mechanics, but also the visuals and sounds. It’s got all the bright, eye bleeding colors that one could hope for in a game like this. It also has a great soundtrack. I rarely talk about the music in games, but it’s catchy and fits the atmosphere enough to make one feel like they are standing in front of an arcade cabinet instead of sitting at their PC.

“I rarely talk about the music in games, but it’s catchy and fits the atmosphere enough to make one feel like they are standing in front of an arcade cabinet instead of sitting at their PC.”

Whether you are a SHMUP fan or not, Bullet Soul: Infinite Burst will be an addicting time. It’s refreshing to play a game that emphasizes that fun factor, so much so that I really couldn’t find much fault with the game other than the extremely small window in which the action takes place. That’s really a small price to pay though. Bullet Soul: Infinite Burst is a great time for players of all skill levels and worth a look unless you hate having fun. 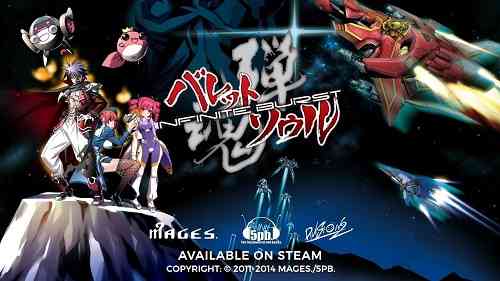