Masquerada: Songs and Shadows is a linear RPG that impresses with its strong narrative. While it lacks major customization or exploration, the voice acting lends a level of authenticity that helps make you care and become invested in the Citte della Ombre and its inhabitants. You play as Cicero Gavar, an exile returning from whence he came, and you’ve been tasked with investigating a kidnapping. Of course, the plot thickens quickly as more beneath the surface comes to light.

Gameplay consists of moving from room to room, exploring the limited environments for tidbits of lore. When you enter combat, you’re able to auto-attack as well as use up to five abilities and an ultimate. Heroes use different elements, each with its own skill tree which can be upgraded. Fights can be a bit overwhelming when you’re first adapting but thankfully there’s an option to pause and execute commands to each of your team members. It’s not a bad system and allows for some interesting synergy between Cicero and friends, but it doesn’t do much to excite.

This is about as deep as the customization goes, which is a bit disappointing for an RPG with such a rich world. And while the environments are beautiful, there’s not much to interact with. I quickly found myself moving from objective to objective, simply covering ground and moving the plot along instead of looking around or exploring my surroundings. For the most part, this still works and Masquerada gets by as an enjoyable way to pass the time. However, as soon as you get stuck and are forced to repeat sections, the monotony becomes overwhelming. A single section of corridors can go from meaningless to excruciatingly boring after just a couple of deaths.

“There’s a dissonance between this fantastic art style and dull or tame backing soundtrack.”

It’s a shame that paying attention to the scenery sort of goes out the window because it looks amazing. While this particular comic style won’t be a hit with everyone, it has been crafted with a lot of care and skill. Districts look different, the characters are distinct and stand apart from each other both in combat and out, and the color pallet is pleasing to the eye. Even the combat effects are meaningful and give each ability a sense of weight and reality. Sometimes the different visual effects would overlap a bit and become lost, but for the most part, everything was easily identifiable.

Musically, you’re given something more ambient and orchestral, which fits the setting quite well. The amount of work that went into it is actually impressive and its best tracks can rival those of other classic RPGs. When one of the biggest things going for your game is mood and atmosphere, you absolutely need stellar tracks to help set the tone and dive into the world. The soundtrack really helps sell the world, and I kind of wish physical copies were available. 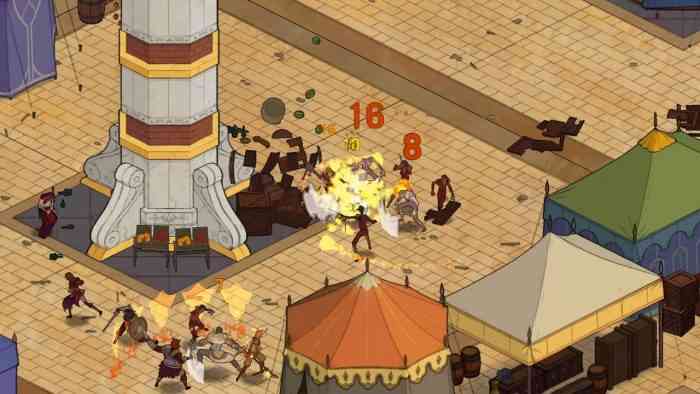 The true saving grace for Masquerada: Songs and Shadows lies in the voice acting. While Matt Mercer does an impressive job, the entire cast really helps you believe in them as characters. You’ll care about those involved when you hear the desperation in their voices, and you’ll doubt your own abilities when Cicero becomes unnerved. Without the strong cast, I don’t think I would have felt nearly as compelled to uncover each plot point and move forward, leaving me with yet another unfinished game. Instead, just when you start to want a break, something else is revealed and you get that sort of one-more-turn mentality.

That being said, there is very little to no replay value. Masquerada costs a bit less than half the price of a AAA title, and you’ll certainly get a fair amount of play hours, but once you’re done, you’re done. A good story is a good story, but this book felt like it could remain shut once it was finished. For the price, this is absolutely worth your time if you’re a big RPG fan or really dig the art style. If linear gameplay and combat that’s decent at best don’t sound like your idea of a good time, look elsewhere. Masquerada: Songs and Shadows tends to fit a niche that is a classic staple of video games. 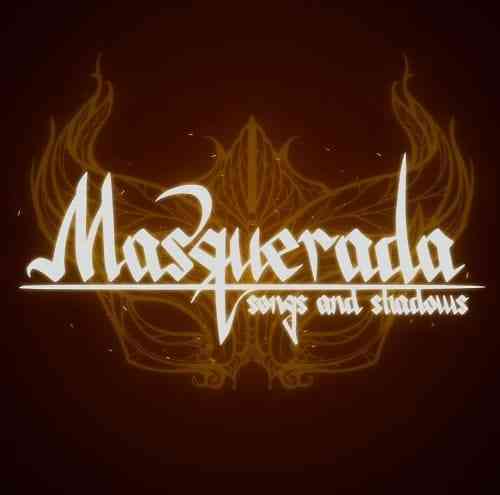