Shu is a delightful 2D platformer that is sure to impress with its tight controls and fun design. Whether you enjoy a beautiful scene or some light puzzle platforming, you’re in for a treat that won’t break your wallet.

In an ending world, you’re meant to guide Shu away from the incoming Storm. This is achieved by jumping or gliding over obstacles until you run into a few friends. When Shu meets a friend, new powers such as double jump or wall jumping are gained. It’s a fun way to mix up the puzzles and level design since the developers can simply strip Shu of powers when they want to go back to basics.

One of the few problems I ran into was figuring out the way new buddies work. It’s not complicated, but a couple times the symbols were hard to work out so I resorted to just spamming buttons until I found the one that worked. Other than that, it was plenty of fun running into a new friend and exploring their capabilities.

“The world and character design is gorgeous, offering a sort of cartoony, hand-drawn look that brings everything to life.”

All of these hero buddies are quite charming, too. The world and character design are gorgeous, offering a sort of cartoony, hand-drawn look that brings everything to life. With all of the color and style present, it’s hard to not be reminded of past platformers like Rayman or Crash Bandicoot. The levels and cast are memorable and bright, but not overwhelming. Even the animations are delightful, like the little song and dance your buddy performs when you run across water. 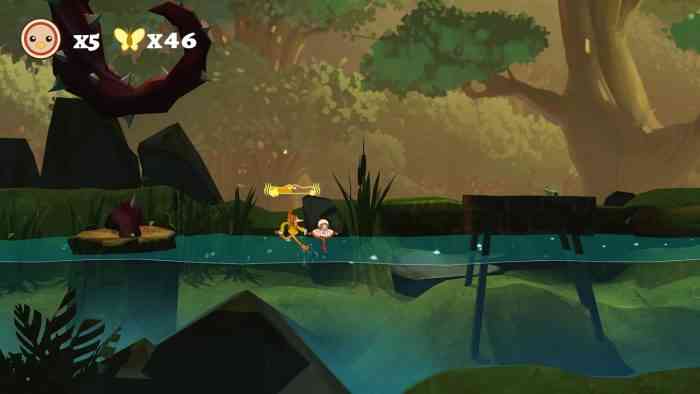 In terms of actual gameplay, it’s a lot of fun. Not only are there hidden collectibles, but there are often multiple paths in each level to begin with. A lot of the platforming lines you’ll encounter feel great when you pull them off flawlessly, especially during chase sequences. The mechanic swapping is a tad intrusive; I felt like sometimes there could have been more content for powers you don’t have very long. Levels are also just a bit too long for my taste. Coatsink uses a respawn system much like Little Big Planet’s, where each checkpoint gives you five lives. This helps a lot, but when you finally hit a tough spot there’s a good chance you’ll have to start over.

“Racing against your own ghost is fun, but not for long.”

Completion time is a bit short, with each zone only having a few levels. Shu is cheap (under $15) but I think they could have done more. Instead, the team focused on adding replay value through time trials and collectibles. Racing against your own ghost is fun, but not for long. I would absolute love more content from this team, even just reusing the same mechanics but combined differently.

On that note, while I won’t spoil the final level, it felt disappointing at the end. Some of the ideas used during it could have been implemented to create new levels before reaching this stage. It was a great finale, but a tad grandiose without any sort of buildup. Where earlier levels do a great job of teaching you of what’s to come, this sort of just all comes at you at once. 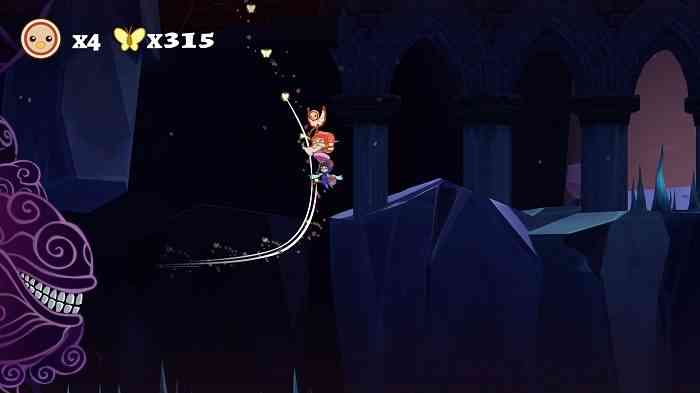 Coatsink has a lot of potential for a new platformer series in Shu. If they can just keep creating levels and maybe add a new villain in future games, the fun won’t stop. It certainly helps that it’s as accessible to all audiences as it is too. If you want something fun and relaxing to play, you will mostly find tranquility with Shu. There are a few frustrating jumps, but you’ll overcome them in no time. This artistic platformer is well worth your time and money. 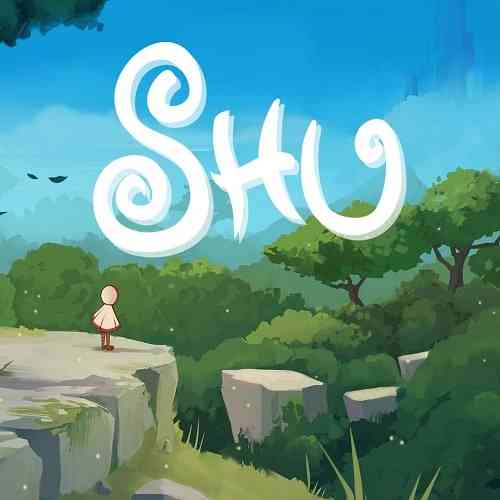 Check Out Shu, the Fast-Paced Animal Platformer Coming to Switch

Shu – Caverns of the Nightjars Impressions and Giveaway