The dungeon crawler Shadowgate has been around since 1987, when it premiered on the Apple Macintosh as part of the MacVenture series. How times have changed from that game’s original black and white only graphics. The game quickly received new life when color versions released later that year on the Amiga and Atari ST systems, and Shadowgate reached wide public awareness when ported to the NES in 1989. The game’s reception was enthusiastic and continued to be ported to other platforms, including PC and Game Boy Color and finally mobile games.

Shadowgate wears its fantasy influences for all to see. I mean, The Mines of Mythrock. Really, how Tolkien can you get? The game even starts with an introduction by a Gandalfian wizard doing his best Ian McEwan impersonation. The VR version of the game also shares the DNA of its flat screen predecessors. This is very much a die-and-retry puzzle dungeon crawler. Traps are plentiful and come in many forms: spiked grates, projectiles, pressure-sensitive traps, are but to name a few. You can only save at checkpoints at the strategic spots in each new location. Each location is basically a series of connected locked room mysteries. Still, you’ll find yourself replaying sections often as you try to solve each new puzzle.

Fortunately, you have several tools at your disposal. The most helpful is your magical raven companion, Odin. Not only does he act as your guide and help manual, but he has gifted sight that reveals secrets, be they treasure or trap. You call Odin to perch on strategically located pedestals and then can switch to his viewpoint to survey the immediate area for things magically hidden. Odin is also your Hint Help if you become stuck. The voice actor is great and lends the raven character through his sarcastic tone and wit.

You Shall Not Pass!

As a fledgling wizard, the game equips you with several tools. The primary offensive one is a fireball shooting wand, which is used to clear obstacles or activate magic emblems and attacking enemies. The enemies come in several forms, including spiders and flying demons. On the defensive side you have an orb which, when powered up, provides a magical side that visually resembles the graphical style used by Dr Strange in the Marvel movies and comics. You never feel overpowered though, so going into an area with your wand blazing is sure to end in defeat. Each enemy encounter requires timing and strategy, keeping the gameplay challenge constant throughout.

The game is all about puzzles and traps. The transition from flat screen to VR is mostly a successful one with one caveat, which I’ll cover momentarily. Most of the puzzles are clever and provide a fair challenge. Using Odin properly really helps solve them. You also have to think three dimensionally as the game expertly uses VR. The caveat alluded to earlier has to do with locomotion mechanics. Some puzzles require you to navigate a safe path through tiled areas. Unfortunately, if your goal is to move around the game using walking only, you’re out of luck. Precise movement is difficult, so you will end up using the alternative method of teleporting instead. A bit of an immersion breaker, to be sure.

Graphically, the game is impressive.  Zojoi designed Shadowgate to restrict movement through corridors or rooms that don’t require environmental backgrounds, with foliage and sky that goes off into the distance. You play the game in first person and only see your hands. Creatures designs are excellent and well animated. Odin looks superb and if you have an aversion to spiders, well consider yourself warned.

The other bonus of playing mostly within a dungeon or mine is the potential for effective sound sound design. Reverb and echo are used great effect to not only build atmosphere but make it more difficult to pinpoint enemies or objects. The by-product of the audio design is an increased level of player tension.

Shadowgate comes with the expected suite of VR comfort options. You choose whether to use snap or smooth turning. Locomotion options are of two types – walking and teleportation. You can choose to move about by teleport only, but VR veterans will opt for full locomotion to get that full immersion factor. There are vignette options to control how wide or narrow your field of view is during moments of fast movement. Designed primarily for use when turning or in combat, the vignette may also come into play if you get queasy when taking a ride in a mine cart.

The game is not perfect though. There is a mix of some graphical glitches and potential puzzle failures. Get too close to a wall and your view will turn black, making puzzles and enemies impossible to see. You may also end up stuck in a wall. Sometimes the enemy AI to get stuck too, making it impossible for you complete certain puzzles. If you use snap-turning, be aware of its use could cause you to fall whilst climbing. Fortunately, these moments are rare and do not detract from the overall enjoyment of the game. 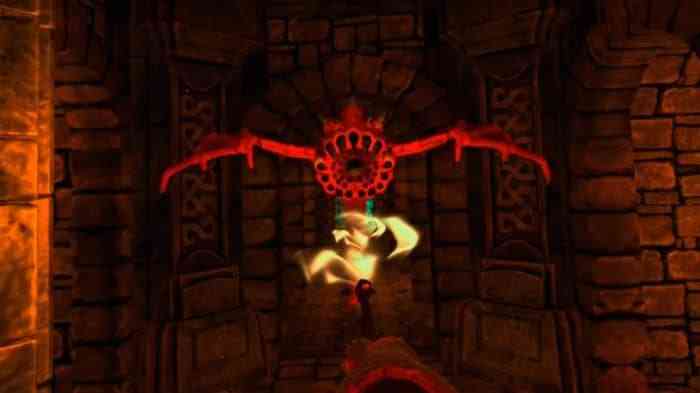 Overall, the first chapter comes together as a wonderfully fun and exciting dungeon crawler. Shadowgate is a superior first VR effort from the Zojoi team. They have struck an engaging balance between the roots of the game, the tropes of the fantasy genre, and the spatial and immersion possibilities that VR offers for gaming. Hopefully, there will be more VR chapters of the Shadowgate saga to enjoy in the future. 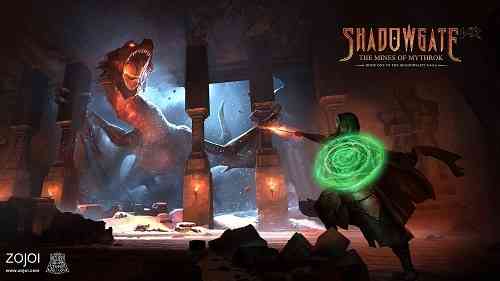