When it comes to mobile ports, I’m generally pretty critical because I’m used to being at least a little bit let down. Whether it’s a ridiculous price tag or just gameplay that didn’t translate well, they just often feel like cash grabs. I’m happy to say that with Shadow Blade: Reload, this is actually not the case. Not only is this a fun action platformer, but it’s actually worth the asking price and pretty entertaining.

The first thing I did upon finding out I’d be reviewing Shadow Blade: Reload was spend some time with the original mobile version. It’s a simple concept, using some finger swiping and tapping to maneuver a ninja through each stage. Nothing overtly unique, it felt a lot like Ninja Gaiden or Mark of the Ninja, but it’s a fun and distracting game that takes under a minute to beat a level. Perfect for when you’re on the go. 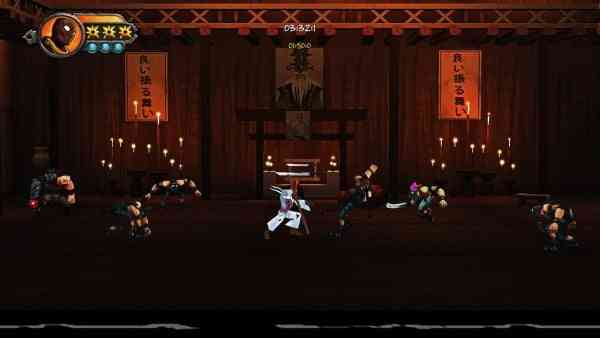 With Reload, things get a little bit more interesting. First of all, I highly recommend using a controller. I tried a keyboard and mouse for about five minutes before giving up. The platforming is hectic, especially when you get involved in later stages with all sorts of traps. There is a ton of collectibles in each stage, and lots of side areas to explore, which are of course rather deadly. Of course being a highly skilled ninja, performing feats like air dashes, double jumps, and wall sliding are a breeze and necessary if you want to find everything, let alone finish the game.

Once you feel you’ve mastered these techniques, there is a challenge mode. Fast and to the point, these are all about racing to the finish in record time. These are actually a blast, and a great way to kill some time after you’ve finished the story mode. A lot of the action in Shadow Blade can be pretty instinctual, and these trials set up some very cool sequences if you can pull them off. It feels great to just react to a situation and look like a badass when you beat one of these challenges on your first try. The only real problem here is that there aren’t that many, around fifteen or so, and they each take less than a minute if you don’t get stuck.

Fortunately the story mode will take a little bit longer than that. There are seven areas, each boasting some new artwork and about fifteen minutes of play, and they are what stand between you and the final boss. The story is pretty standard, a tale about a young ninja Kuro who blindly follows his overzealous master against rival clans. Don’t expect any groundbreaking dialogue or character development, but the comic-style cutscenes that portray everything is a huge step up from the mobile version.

“Reload is much better than the mobile version and it’s a fun way to kill some time; however, being this unoriginal isn’t really going to turn any heads.”

Overall, the visuals overall seem a bit nicer. The game itself goes for a more stylized approach and does so well. Environments look good, Kuro looks all right, and all of the enemies are pretty recognizable and easy to pick apart from each other. There are also some unique character models for events like bosses, or a chase scene, that do a great job of keeping the variety intact. Good work comes from the art department when you can easily identify all objects on screen, but nothing is so distinct that it stands out and doesn’t fit; Shadow Blade: Reload does just that.

The coolest thing about Reload has to be how the game changes when the difficulty is increased. There are more enemies, but the levels change too, giving you new routes to explore and hazards to avoid. With three difficulties, this actually adds some pretty decent replay value in conjunction with the challenge mode. Normally, unless a game can really impress me, I finish it once and walk away. With Reload I found myself going back to square one and pumping the difficulty up just to see what it was like. Next thing I knew, about twenty minutes had passed and I was somewhere in the next area, dive-bombing enemies and air-dashing my way to victory. 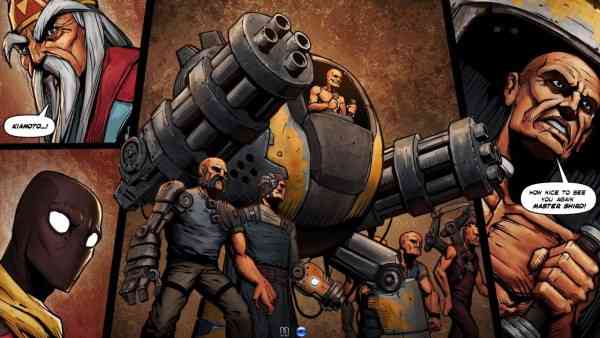 Combat in action platformers can be kind of sub-par but Shadow Blade: Reload does an all right job here. None of the moves are very original, but they feel fluid and powerful. The air-dash strike in particular feels so incredibly similar to the flying swallow technique from Ninja Gaiden that I ended up using it and the dive-bomb for nearly every fight. The enemy variety was good, but not enough to make me have to stop and think about how I was going to handle each fight. Only one enemy couldn’t be dive-bombed, and he was easily killed by dashing and striking instead.

So, if Shadow Blade: Reload is as good as it sounds, why is it only getting a 75? Well, while it’s fun and only a little bit overpriced, it’s just so damn unoriginal. From the story to the combat to the platforming itself, there’s not much new going on. That’s not exactly a bad thing; Reload is much better than the mobile version and it’s a fun way to kill some time; however, being this unoriginal isn’t really going to turn any heads. If you like ninjas and action platformers, then it minght be worth it for you to spend the $18 and check out Shadow Blade: Reload. It’s a twitchy couple hours of fun that managed to beat the odds and turn out to be a decent mobile to PC port. 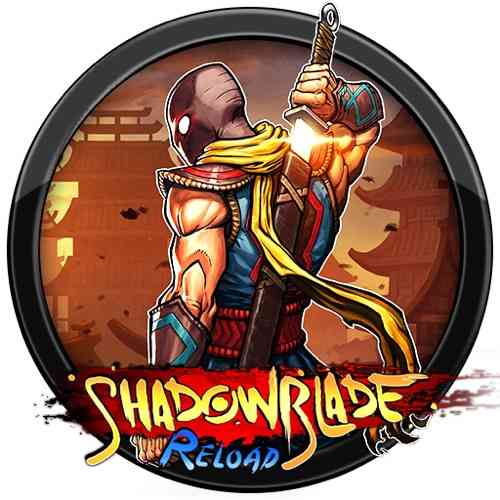