Dungeons and Dragons has a long history with video games, including fan-favorites like Baldur’s Gate and Planescape: Torment. Many of these older games are regarded as some of the best computer roleplaying games ever, and that’s part of why there has been a recent surge in games hearkening back to their “old-school” style. Kickstarter games like Pillars of Eternity and Torment: Tides of Numenera are essentially upgraded versions of those old games. If the old games were some of the best ever made, it stands to reason that there is a market for new games like them. Sword Coast Legends seems to have the same idea in mind. There must be a market for these top-down party-based roleplaying games, so why let Kickstarter have all the fun?

Sword Coast Legends clearly makes an effort to emulate its Infinity Engine predecessors. There are dialogue trees and numerous side-quests, you control a party from a top-down perspective, you can pause combat to issue orders. The game also adheres, ostensibly, to the actual Dungeons and Dragons ruleset, something that was a selling point for the old games and is questionably marketable today. However, the point remains: this is a game targeted toward fans of D&D and of the new/old video games based on it. And yet, the game also seems to serve another master.

Much like the Dungeons and Dragons 5th edition ruleset it uses, Sword Coast Legends is simpler than its predecessors. There are Diablo II (or vanilla World of Warcraft) style skill trees, for example, and combat feels more like a speedbump than an encounter. Consequently the game sits somewhere between roleplaying (like Baldur’s Gate or Pillars of Eternity) and dungeon crawling (like Diablo III or Torchlight). But it’s not deep enough to hold its own against the former and not action-packed enough to compete with the latter. By trying to appeal to multiple playstyles it does neither particularly well.

“But it’s not deep enough to hold its own against the former and not action-packed enough to compete with the latter. By trying to appeal to multiple playstyles it does neither particularly well.”

It doesn’t do them poorly either, though. The basic framework of the game is solid enough, and there is hope for future improvements and player-generated content in the form of the game’s multiplayer. Similar to Neverwinter Nights before it (but, again, significantly simplified), Sword Coast Legends allows a player to take on the role of “dungeon master” and guide a group of other players through an encounter of their own design. This is where the game has the most promise, if only because such a thing doesn’t really exist and because it’s the sort of thing that would probably be pretty cool if it worked.

The real problem seems to be that Dungeons and Dragons, the tabletop game, isn’t easy to replicate. It’s one thing to create a computer game that lives in the world of Dungeons and Dragons, bears some resemblance to it, and tells an interesting story. There are numerous examples, several mentioned above, that succeed quite admirably at this goal. But attempting to recreate the actual experience of playing tabletop Dungeons and Dragons, complete with dungeon master, misses the point: the game itself is only part of why people play it. 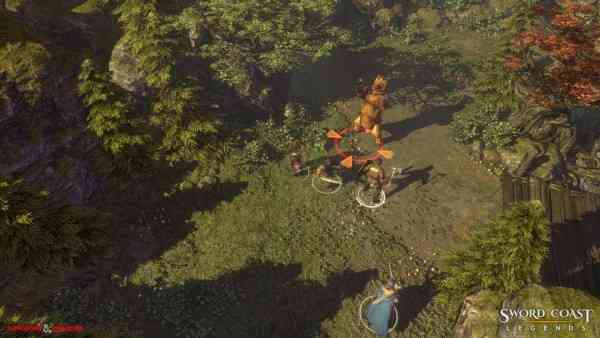 You play Dungeons and Dragons to play a game with your friends. Interaction outside the dice rolls and character movements are just as important, and probably more fun, than the stuff in the rulebook. If all you get to do is move your character around and kill things there’s little reason to even have other humans behind the scenes. Playing Dungeons and Dragons through a computer is possible, but it’s very difficult to actually replicate the thing that makes the game so great. At the very least, Sword Coast Legends doesn’t manage it.

The core of Sword Coast Legends has potential. The single player story is fine, but not remarkable, and the capacity for multiplayer is welcome but ultimately disappointing. The best thing about the game, seemingly, is that it’s sort of like a set of tools that could be used (if you’re ambitious enough) to create something very cool. The game just doesn’t quite make it cool enough by itself. 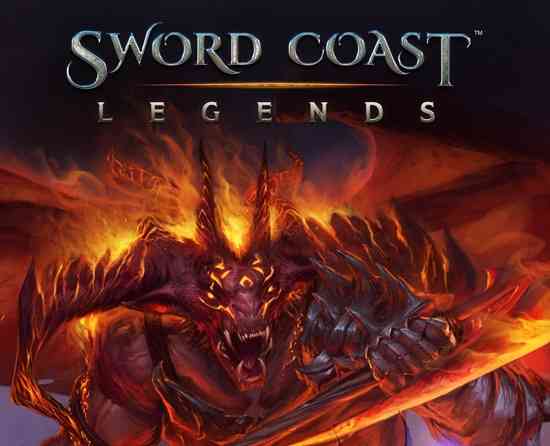 Adventure Roll Rings in the New Year with an Update

Pathfinder: Wrath of the Righteous Review – Sophomore Success
Next Shadow Blade: Reload Review – An Unoriginal, but Fun, Mobile to PC Port
Previous Wizdom Review – A Nice Break from the BIG Games Out There