Dungeons & Dragons is one of the most popular franchises in the world. The table-top game has spawned various iterations across video games and other forms of entertainment. Dungeons & Dragons Online is an older MMORPG and Standing Stone Games has released the game’s latest expansion, Isle of Dread. Interested fans can purchase the expansion and receive a ton of new content for the game including gear, monsters and a new race. 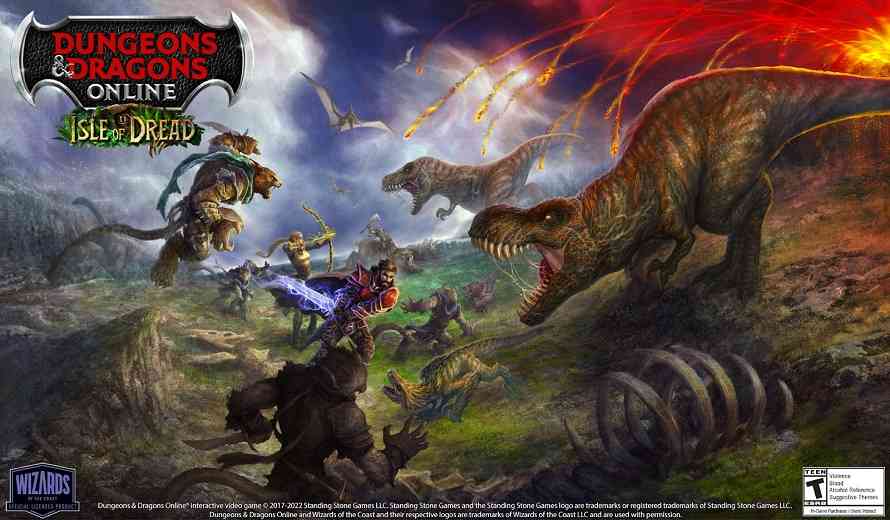 In the expansion, players will learn about the Cult of Vecna, as a mysterious island appears nearby. Players must prepare themselves to explore and fight through the Isle of Dread as new enemies and monsters await. Some of the new content includes the Trailblazer hero and the Tabaxi race, who will use their claws as weapons to defeat their foes. Furthermore, players can now push to level 32 as the game’s level cap has increased for the first time since 2015.

Other content to look forward to include new adventures, monsters such as T-Rex and dinosaurs and new crafting systems. Players will be able to craft pirate inspired gear, augments and much more.

Interested fans can purchase the Standard, Collector’s or Ultimate Editions of the Dungeons & Dragons: Isle of Dread. The prices range from $19.99USD to $99.99USD. Each edition has its own benefits and bonuses. For example, fans that purchase the Ultimate and Collector’s Edition will be rewarded with a permanent Raptor Hireling, Teal! Some other benefits include items, cosmetics, unlocks and goodies.