The Nintendo 3DS is classified as a portable game console. I play on the bus and in waiting rooms. I play it while I walk. I’m a traffic hazard. I even play it on campus. And, with the exception of some rather awkward games that require me to make noises at the microphone (I’m looking at you, Zelda), no one bats an eye. Maybe it’s because by the time I hit elementary school, the social stigma surrounding gamers was already in decline in my part of the world. But, I’ve been making a fool of myself in public since I could hold a Game Boy (and yes, I mean the big gray brick edition). And I’ve always felt comfortable doing so. That is, until I played this game. I’m talking about Senran Kagura 2: Deep Crimson. This is a game about ninjas whose clothes fall off when they’re hit. You can play it on the bus or at the mall, but I wouldn’t recommend it. While I’m not convinced that doing so would get you registered as a sex offender, I’m nowhere near familiar with laws surrounding the subject.

In a way, Senran Kagura 2 reminds me of a children’s activity game. You have your main game, a side-scrolling beat-em-up, sure. But there’s also a sort of play area that you can go to between missions talking to the characters and access a number of miniature side ‘games’. Most of these ‘games’ amount to, or relate to, dressing up (or down) the various shinobi characters, posing them, and taking pictures. And because this isn’t a children’s activity game, this only comes across as weird. For extra creepy bonus points, you can send two shinobi characters into the dressing rooms to pose provocatively in as little as you like. While this is all kinds of weird for a system with Nintendo’s stamp of approval on it, it’s not really a game. It’s just an unnecessary bonus section full of scantily clad young shinobi. If that’s your sort of thing, it’s there. If not, let’s continue on to the next part of the review.

“It’s almost as if someone attached wacky waving inflatable arm-flailing tube man to the front of an anime body pillow.”

The game portion of Senran Kagura 2 is decent. The tear away clothing is present, yes, but this feature can be turned off within the settings. The gameplay is fairly simple, you move from left to right, jump, and mash ‘Y’ a lot. There are combo options, of course, and special abilities that differ from character to character, if you want to fight for those high letter grades and extra unlocks. But, otherwise, move from left to right and hit things. If you have a friend nearby with Senran Kagura 2, and you want to avoid eye contact as much as possible, you can play together locally. Or better yet, you can play online from the comfort of your own home. The choice is yours!

The animation and environments, I’ll admit, exceed expectations. They look about as good as 3D anime models get on the 3DS. And the soundtrack is more than a little enjoyable. I do have some grief with the included ‘breast physics’ (because breasts don’t move like that, guys), but no one broaching that subject has ever achieved the slightest bit of change. In fact, it’s only getting worse. It’s almost as if someone attached wacky waving inflatable arm-flailing tube man to the front of an anime body pillow. It’s kind of silly, and sometimes scary. But, when that visual in my head isn’t distracting, the game controls very well. The character movement on the screen is very accurate, and the response time for attack actions is nearly instant. 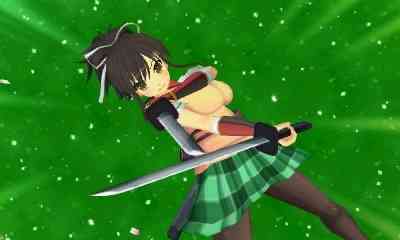 It’s a shame that the actual gameplay is so stale and repetitive because Senran Kagura 2: Deep Crimson is polished in many other areas. The only upside to the straightforward presentation, and lack of depth outside of creepy mini games, was that I could breeze through it. There’s only so many hours I can comfortably play this game.

***A 3DS review code was provided by the Publisher*** 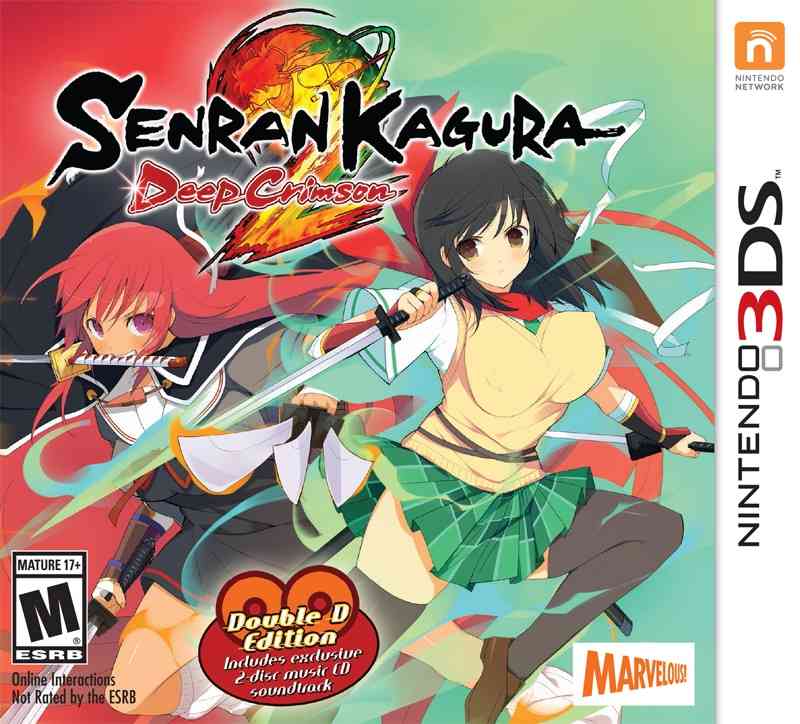 Get Warhammer: Chaosbane Slayer Edition, The Witcher 3 GOTY Edition, and More At Up to 67% Off
Next Destiny: The Taken King Review – This is the Game Fans Have Been Waiting For
Previous Blood Bowl 2 Review – Warhammer Meets Football Once More and the Results Can Be Deadly