I love fantasy games. I love tactical turn based games. I love watching football. Can you guess how excited I was to get to review Blood Bowl 2? The newest iteration of the franchise from Cyanide Studios has just released so grab your lucky rabbit foot, toss a coin down a well, do whatever you need to do to for RNGesus to grant you his favour. Get ready to coach a team of humans, orcs, elves, dwarves, or some humanoid beasts and lead them through seasons of the most violent game known to humans and meta-humans alike. There is a lot of history and lore around the world Blood Bowl 2 takes place in, but I want to get back to playing it as soon as possible so I’ll settle for telling you about how amazing I found this game.

The concept of Blood Bowl 2 is fairly simple: score more touchdowns than the other team by tactically marching your team down the field with the ball; however, every action you take requires a roll of the dice except moving within your movement allowance. Players have a set of 4 basic stats plus additional skills that can affect how many dice to roll and what numbers are needed for a passed roll. There are certain things you can do to affect rolls, like having your teammates placed strategically, but essentially it all comes down to a dice roll.

“Get ready to coach a team of humans, orcs, elves, dwarves, or some humanoid beasts and lead them through seasons of the most violent game known to humans and meta-humans alike.”

I think this kind of randomness will be a turn-off to a wider audience, but I find it a more pure representation of the tabletop version of Blood Bowl where the video game has its roots. One thing to remember is your opponent is hooked up to the same RNG algorithm so their rolls are equally affected as yours. Similarly, I found the online matchmaking to do a fair job in making sure your opponent is equally matched. This means that strictly statistically speaking both teams are evenly matched before the first coin toss. After the toss, the game becomes a battle of wits against your opponent as well as a game of chicken with RNGesus.

There is just as much strategy and luck involved with managing your team off the field as well. As the coach, you make the choices about what positions you need to hire for, what odds-altering amenities to add to your home stadium (affects weather, riots, and other random events), and how to level up your players. One thing I must gripe about is the lack of explanation in-game about the various aspects of team management. For example, you can sign a sponsorship deal with a company. I did so and saw no noticeable difference in my gameplay. What did it do? Not a clue. So I spent most of my management time with the players on my teams. 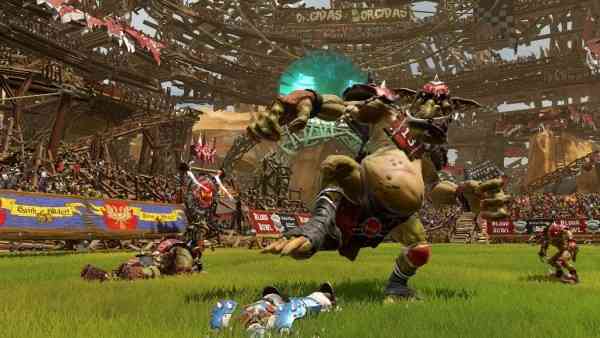 When a player gains enough experience to level up you get to choose a skill for them, but not before you roll a pair of dice to see what skills you can choose from. Some skills may never become available for a particular player because you are just that unlucky. This makes players that rolled well very valuable and can even be traded on an online market available in game. I really wanted to see what kind of stats other people are getting on their players, but the trade system was not up in the review copy I played on.

Another interesting note about your players is the aspect of permanency. This idea is twofold, the first being that some injuries sustained in a competitive match are attributed to that player for the rest of his career. And his career can be cut short by flat out dying. That’s right, your players can just die on the pitch and they are gone forever. The risk of perma-death adds a constant element of suspense to game, knowing that any tackle could be their last. I mean, if the stakes aren’t interesting, why bother competing?

Blood Bowl 2 isn’t going to be for everybody, but that isn’t going to stop me from recommending it to everyone I know. At the end of the day, it’s just plain fun! The animations are visceral, and the buildup of suspense knowing that any hit could remove your player from the game, or remove him from existence, keeps you on edge. I’m not going to say it’s perfect; there are plenty of place for improvements and I could nitpick all day, but the variety of playstyles presented by way of the various races and the random elements make each match exciting till the end. 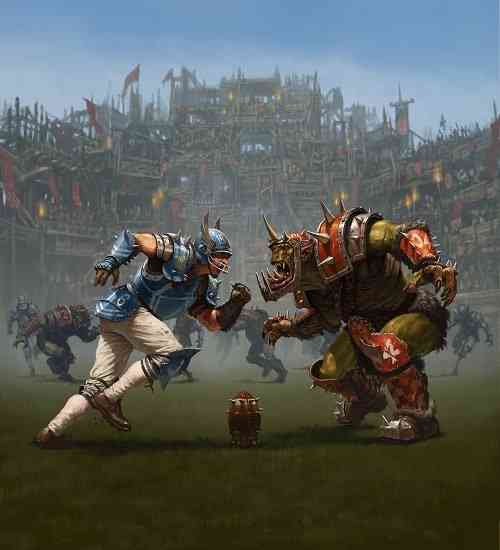